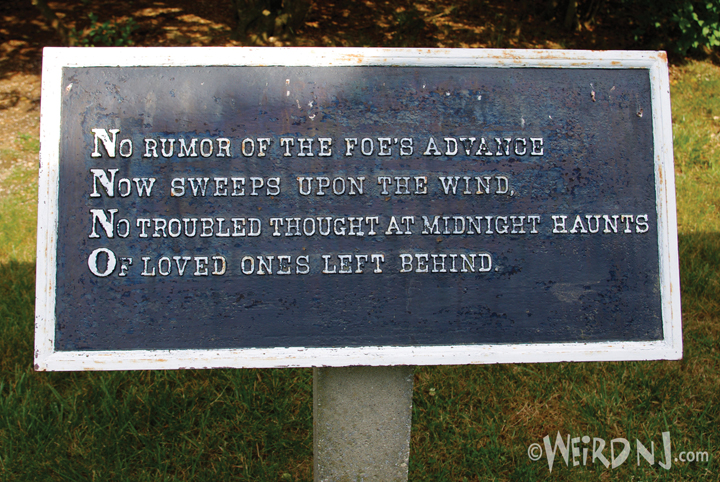 New Jersey has plenty of history surrounding the Revolutionary War but not many people know about its Civil War connections. This Memorial Day weekend we take you to a place called Finn’s Point National Cemetery, located on the Delaware River in Pennsville Township, NJ (Salem County), that was used as a mass burial ground for Confederate prisoners of war who died while imprisoned at Fort Delaware. It encompasses 4.6 acres and includes 3,033 interments. 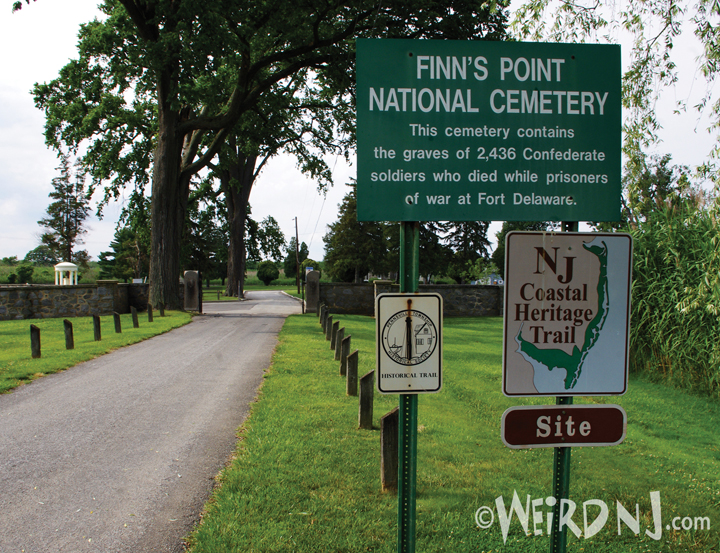 Fort Delaware, built in 1859, sits in the middle of the Delaware River on Pea Patch Island across from Finn’s Point National Cemetery. The Union fortress once housed Confederate prisoners of war. The fort was originally built to protect the ports of Wilmington and Philadelphia. The commander of Fort Delaware during the Civil War was General Albin F. Schoepf and was not fond of the Confederate prisoners, who nicknamed him “General Terror.” 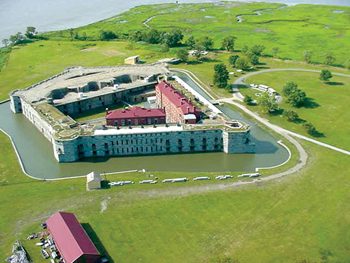 Fort Delaware on Pea Patch Island in the middle of the Delaware River.

The conditions of the prison were deplorable, and prisoners were afflicted with smallpox, measles, diarrhea, dysentery and scurvy. The prison was set up to house 4,000 prisoners, but by the end of the war, there were over 12,000 inmates. The prison became known as “Andersonville of the North,” because of similar inhumane conditions at the Andersonville Prison in Sumpter County, Georgia, where almost 13,000 Union prisoners died of malnutrition, exposure and disease. Andersonville and Fort Delaware became synonymous with the atrocities that both Northern and Southern soldiers experienced as prisoners of war. 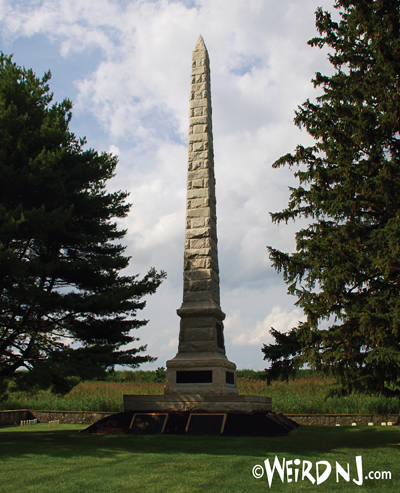 Confederate monument bearing the names of the 2,436 southern soldiers who died while imprisoned at Fort Delaware.

and the Union Monument, dedicated in 1879 to 135 Union soldiers who died while on duty at Fort Delaware. But perhaps the most unusual and unexpected graves in the cemetery are to be found in the northwest corner, where 13 white marble headstones mark the burial place of German prisoners of World War II who died while in custody at New Jersey’s Fort Dix. 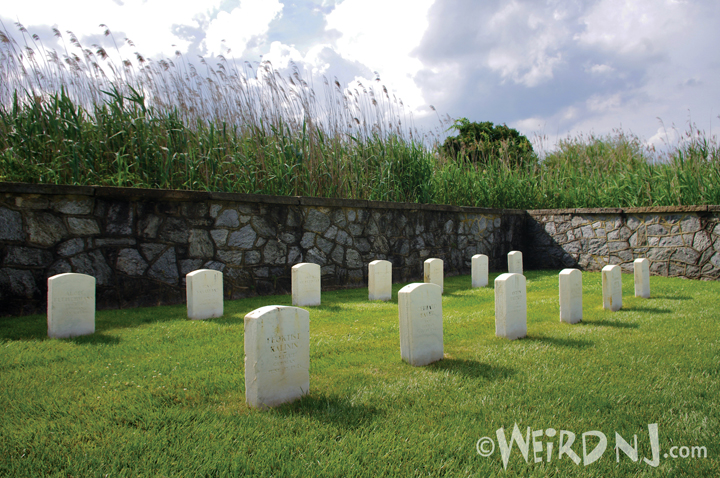 A Visit to Fort Delaware and a Finn’s Point Murder

Fort Delaware is located on Pea Patch Island in the middle of the river and is officially part of the state of Delaware. The fort itself is an eerie place to visit.  It has been described as the “Andersonville of the North” due to the number of deaths there after the prisoners arrived. Andersonville was the infamous Southern prison used for captured Northern troops and was notorious for the mistreatment of prisoners.

The fort is a cold, drab stone fortification, which today can be access by ferryboat from either the New Jersey or Delaware shores. It has been open to the public for many years and Civil War reenactors give tours and lectures. In the past they demonstrated how to load and fire the cannons but this had to be discontinued after World War II.  The last time a cannon was fired was around the year 1946. A Japanese freighter was coming up the Delaware River toward Philadelphia when a shot was fired across its bow. Since this happened so soon after the end of war the Japanese sailors were very alarmed, stopped their ship and refused to pass the island. The shipping lane was blocked for hours until the Japanese captain could be reassured that hostilities hadn’t been resumed between the United States and Japan.

I was visiting the cemetery in late 1997 and dutifully reading the obelisk erected to the unmarked graves of the prisoners when a couple came up to me and said, “Did you know that the caretaker’s house over there is where the murder occurred?”  There is a small house located on the grounds where the caretaker, William Reese, was killed on May 9, 1997 by Andrew Cunanan. Cunanan was responsible for the murder spree that culminated in the death of the famous fashion designer, Gianni Versace, in Miami, Florida. Reese’s death was linked to earlier slayings when a 1994 Lexus that belonged to slain Chicago millionaire/developer, Lee Miglin, was found parked near the cemetery office.  Apparently Reese was killed for his red pickup truck, which was later found in Versace’s neighborhood in Miami Beach. 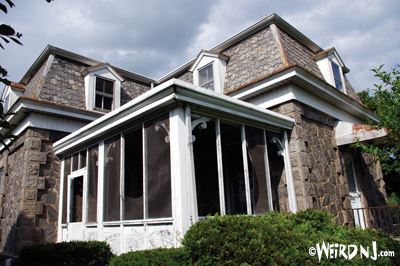 This cemetery is not a popular tourist attraction and is not easy to find. Finn’s Point is not far from the NJ Turnpike and Cunanan was probably just looking for a temporary place to hide when he stumbled upon the opportunity to steal the pickup.  The road approaching the cemetery is bordered by tall meadow grass and is in the middle of a wildlife refuge.  I can imagine that no one would have heard the shot fired even in the middle of the day. It is not surprising that no plaque describing the tragic death of William Reese is located by the house.  It is a peaceful, well-kept cemetery with a bizarre history. –Elyse Cramer