The Hillside Cemetery Spill of 1902 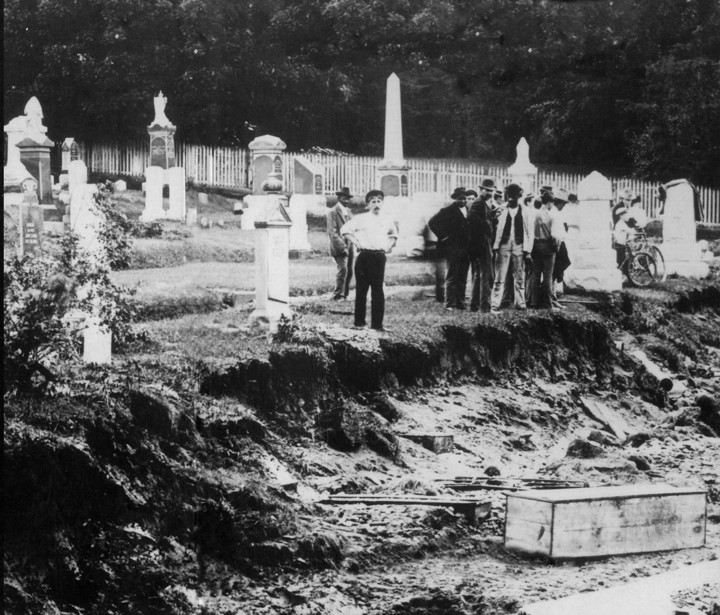 A torrential downpour in August of 1902 caused the Spring Garden Brook in Madison to overflow, having enough momentum to break up the drainage ditches the flash flood ran through Hillside Cemetery on Main Street and washed out 59 graves.

The bodies were found along the course of the brook the next morning, much to the horror of the neighbors waking up to a spot of tea.

Before daybreak, Edward Dehart discovered bodies floating into his yard on Cross Street. To spare others the mortifying scene, he enlisted helpers that waded through the water to collect the corpses that had broken away from their coffins. 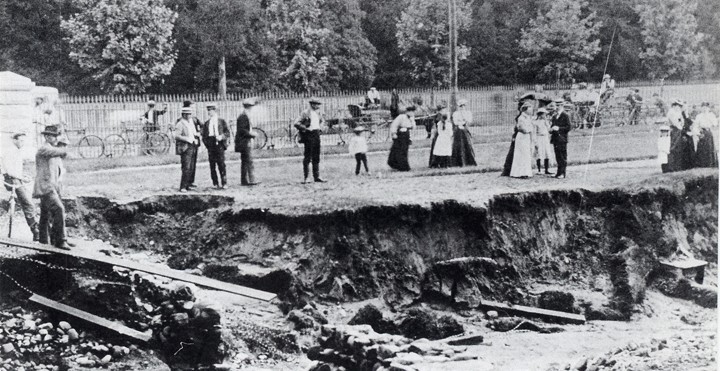 The bodies were gathered and placed back in the coffins, but only 30 of the corpses were identifiable. A story surrounding the incident claims that Dugald MacDougall and a worker heard an “awful hair-raising noise.” They discovered a decomposing corpse caught in the bushes, in an upright position. What they had heard was the wind whistling as it blew through the throat of the deceased. MacDougall was quoted as saying, “I never heard a sound like it before or since.” 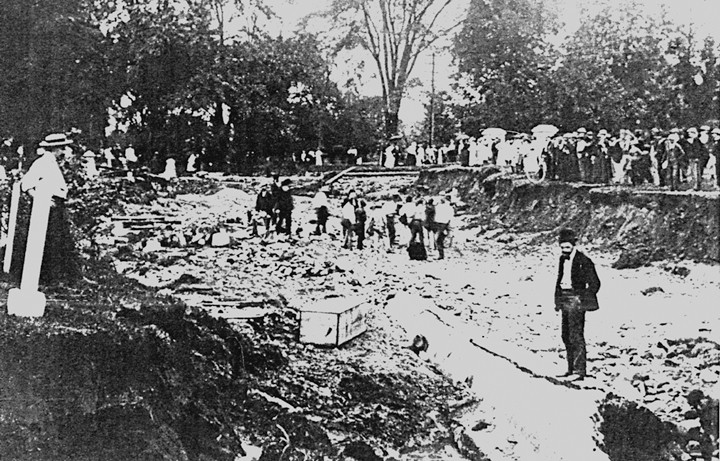