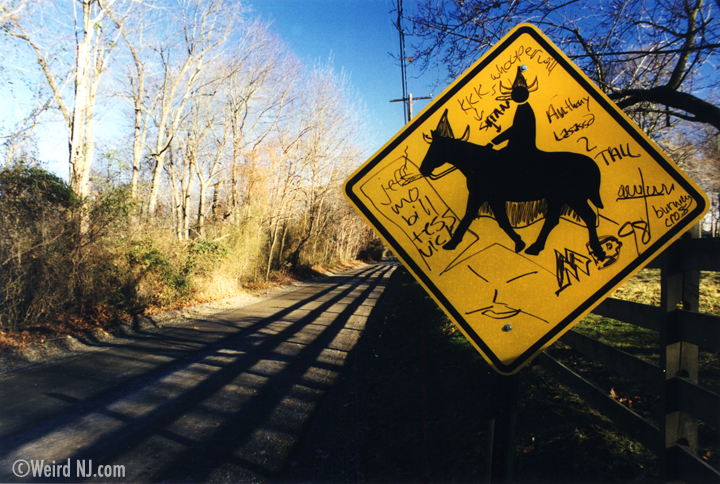 There are two particularly isolated roads that wind their way through the rural farms and forestlands of Middletown that have attained legendary status over the years as places of mystery, mayhem and fear. The unlit, unpaved expanses of Whipporwill Valley and Cooper Roads, which are located adjacent to each other, meander over wooded hills and through deep cuts as they wind their way into the local mythology as the most scary roads in Monmouth County.

Some roads just seem to possess the aura necessary to put people in touch with their own most deep-rooted fears. In this respect they might be seen as passageways to the unknown, or a window into our own subconscious. It seems undeniable that many of the tales told of such roads reflect archetypal nightmare imagery such as ghosts, wild and ferocious animals, and evil hooded cultists or KKK members huddled around sacrificial bon fires. Tales of witches, and even the Devil himself wandering these roads are told without even a hint of disbelief. Maybe there is really nothing scary to be found on such roads at all. It could be that the road merely serves as a conduit, a pathway to our own innermost demons. If that is in fact the case, then a trip down one of these legendary byways may for some be a journey of profound self-discovery.

Of course there is a case to be made for the people who enjoy traveling such roads purely for the opportunity to revel in the thrill of scaring the wits out of themselves and their friends. Who among us can say that at sometime, perhaps in their teenage years, they didn’t pile their friends into an overcrowded car and set off to some allegedly haunted night spot. Jaunts such as these usually build to a fevered pitch before you ever reach your intended destination, due largely to the en route retelling of the site’s legends during the road trip. Nightriders on excursions like these are often so jacked up to witness something out of the realm of the ordinary, that over-anticipation alone might cause their eyes to play tricks on them. Perhaps a stray dog becomes a “Hell Hound,” or an innocent jogger transforms into a ghostly running apparition.

Whether these roads are actually the epicenter of hyper-mystical activities, merely favorite destinations for rowdy nocturnal joyriders, or perhaps a little of both, is open for debate. In any case, the abundance of historic and modern folklore they can conjure mark them as culturally unique and intriguing localities. They have proven their potential to strike fear into people’s hearts, as well as inspire personal reflection and revelry in those who visit them. Whatever the reason may be, one fact is indisputable: there are some roads less traveled throughout New Jersey, which possess some kind of indefinable, yet undeniable power.

Here now are some letters Weird NJ has received from its readers regarding two particular roads in Middletown that loom large in the local lore: Whipporwill Valley Road and Cooper Road.

I’ve lived down the street from Whipporwill Valley Road for 17 years and have heard numerous stories about the road. The weirdest thing I’ve heard about the road is that if you travel along it at night and stop or shut your car off, you’ll hear a baby cry (or what sounds like a baby crying) somewhere in the distance, and your car will not start up again. –Sunday

My friends and I “ghost hunt” and look for weird places every chance we get. On Friday the 13th we decided to take a ride on the infamous Cooper Road in Middletown. Legend has it that a baby drowned in the water under the bridge that is now known as “Cry Baby Bridge,” and at 1:00 AM you can hear the baby cry. It also says that if you stop on the bridge and turn your car off, it won’t start up again. So at 12:45 AM we decided we’d stop on the bridge and see if the legend held true.

Two of my friends got out of the pick-up truck while I stayed inside, my back towards the right side of the bridge and my window tightly rolled up. Unexpectedly, I felt a cool breeze on my neck. The driver’s side window was open, with my friend standing outside of it. I told him to look behind me; when he did so, his mouth dropped and we all heard what sounded like a 400- pound man running through a foot of water.

We all screamed and my friends immediately leaped into the bed of the truck. I got behind the wheel and sped off without even turning on the headlights until I reached the end of the road. To this day my friend still swears he saw a man’s shadow behind me. –Kelli and Lisa

A kid on my floor here at Rutgers has gone to Whipporwill Valley Road many times. He’s actually witnessed people in Ku Klux Klan uniforms patrolling the road on horseback. A classmate of his in high school once went to the road and had the entrance of the road blocked off by a man on horseback. Luckily, the girl was driving one of those SUV’s and knocked over a fence to escape.

The most incredulous story he told me about this road involved his cousin. He was driving a van down the road, and someone actually leapt out of a tree and landed on top of his car! –Improve

The Witches Beneath Whipporwill Valley Road

Back in the 1800’s there were seven farmers who accused 15 women of being witches. They had a town trial and decided to burn these supposed witches at the stake. They were burned, then buried six feet under.

Before the witches were burned they put hexes on all of the farmers who had accused them, and ten months later they all died of a strange disease. 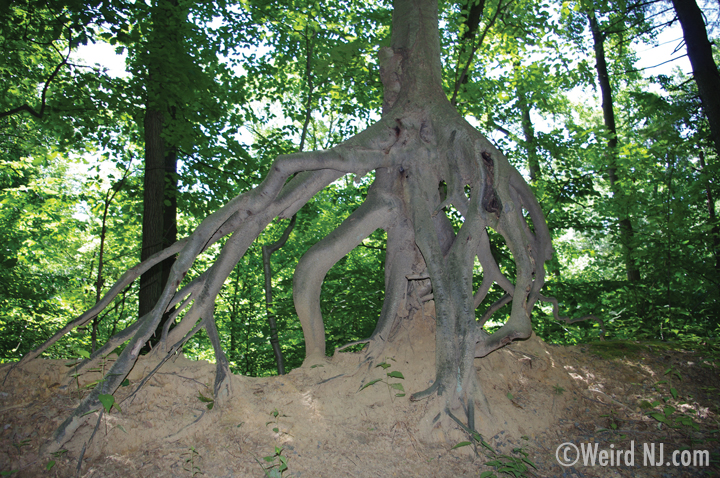 The farmers were buried ten feet away from the witches, who were buried outside of the cemetery. Supposedly when you drive down Whipporwill Valley Road today (which is still a dirt road), you will feel 15 bumps under your wheels, and on the way back you will feel 7 bumps. We all know what or who those bumps are supposed to be.

The really scary part of Whipporwill Valley Road is the fact that when you drive down the road there is a truck that appears out of nowhere and they will try to corner you. The people are dressed in KKK robes. This, my friend, is the truth. I experienced it myself in 1992 and that was the last time I went down Whipporwill Valley Road. –Moonbaby

Cooper Road is also situated in Middletown not far from Whipporwill. Down along this road asphalt pavement ends leading off to a bumpy dirt and gravel road. Surrounding this area are various farms and dense forestland. The farms date back to when most of Middletown was rural farmland.

The ghost story involving Cooper Road dates back to this time period. As the story goes, following an affair with a neighboring farmer, a farm wife gave birth to a child, dying in the process. Her husband, enraged at her infidelity and saddened by her untimely death, hated the child both for it’s bastard heritage and the death of his wife. A few months after her death, the husband killed the infant and threw its body into a local river in the Cooper Valley. 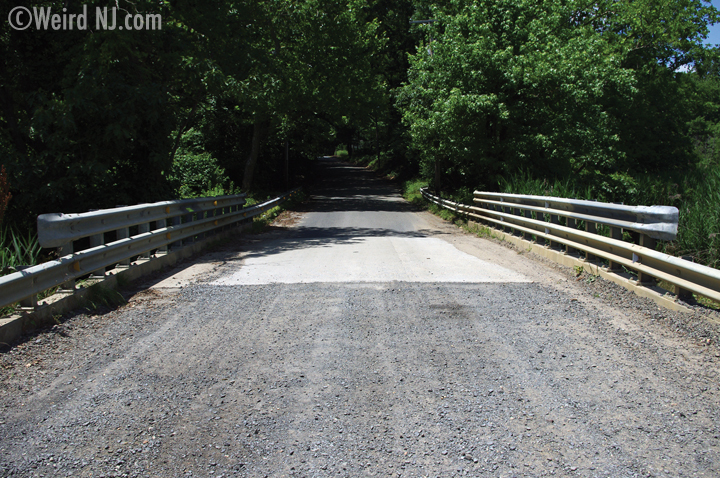 Many Middletown residents swear to the fact that during the night a car parked and turned off on the bridge over the river will be pushed across away from the river’s water. These residents will also swear that it is the ghost of the dead infant pushing them away from its watery grave. While it has become a right of passage for many Middletown teenagers to experience this phenomenon, accounts of this occurrence are not limited to the young. Teachers as well as older members of the community can also account for the mysterious ghost infant pushing them to safety. –Nina