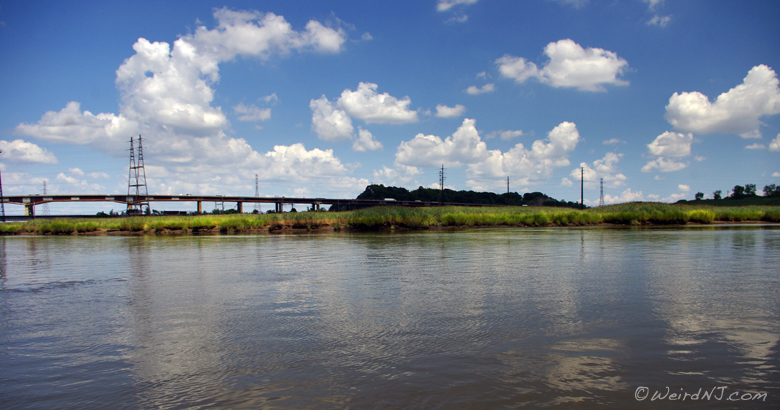 Standing out amongst the marshes of the Secaucus Meadowlands, rising 150 feet above the vast flatlands, is the massive rocky form of Snake Hill. Surrounding the Hill is a prison, a train station, the NJ Turnpike and the Hackensack River. In prehistoric times this area of the Meadowlands were a glacial lake, and as the last Ice Age receded, ocean water washed in, forming the marshlands we know today.  It’s an anomaly to see Snake Hill towering out from this otherwise uniformly flat landscape.

Snake Hill gained its name, legend says, because snakes were known to run rampant in the Meadowlands decades ago.  Manhattanites would travel to the Meadows for snake hunts.  Over time, the snake population has declined and the township has attempted to drop the slithery moniker from this imposing stone.  The official name of the hill since 1926 has been Laurel Hill, and it stands in Laurel Hill Park. The name was changed by freeholder Katherine W. Brown, who proclaimed that the accomplishments that took place on Snake Hill were the “crowning laurel of Hudson County.”

Snake Hill is also known as “Graffiti Rock” due to the tradition local college fraternities have of climbing the rock to spray paint their emblems on it. Snake Hill has been heavily quarried over the years––at one point it was over two hundred feet tall and five times wider than it is today. The rock was actually the inspiration for what became Prudential’s Rock of Gibraltar logo.

While it is currently a park, Snake Hill has been the site of a variety of different institutions over its history.  An almshouse was located here, and several hospitals, including a children’s eye hospital, and a penitentiary.  Most famously, Snake Hill was the site of a huge complex of buildings that served as a psychiatric hospital. 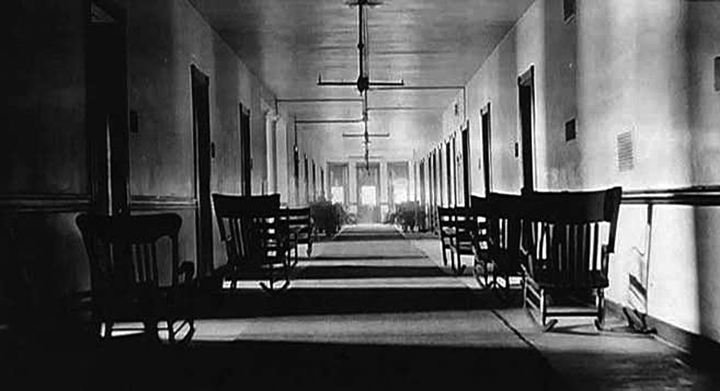 Although it has long since been demolished, controversy still surrounded the old lunatic asylum until recent years. Its graveyard, which was used from the 1880’s through 1962, was located next to Snake Hill, and as the new train station was being built, graves were disturbed by construction equipment.

While clearing land for a road leading to the rail station, workers discovered an outcropping of pine coffins and construction was brought to a halt. It was discovered that over 4,000 deceased lie in the vicinity. It’s estimated that there could be up to 10,000 undiscovered graves in areas where construction has not upturned them.  Those buried here were largely mentally ill, immigrants, or indigents. A campaign began to preserve and memorialize the dead of this Potter’s Field. Families of many of the deceased protested the destruction of the area, and began efforts to identify their relatives among the vast numbers of anonymous graves. The already difficult identification process was complicated even further by a scandal that occurred in 1973, when John Marinan, superintendent of the county morgue, removed all of the headstones from the area when he was supposed to disinter a number of bodies.  This has only added to the confusion lying beneath the surface of Snake Hill. Eventually, under court order, a mass exhumation was undertaken. 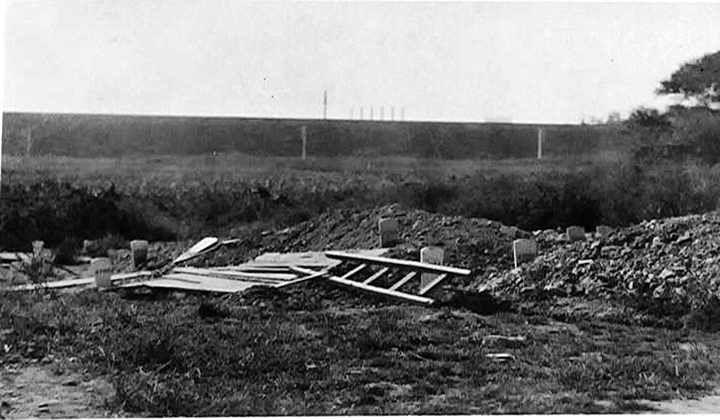 I grew up in Bergen County and as a little boy, when my family would go to the shore via the Turnpike, I can remember a rather scary looking hospital which my father said was a hospital for the criminally insane.

It was on a big rock outcropping, almost like an island in the middle of a vast swamp, which I guess it was. I remember that you could see the institutional beds on the top floor as you drove by.  It was a very eerie looking place, at least to me as a young boy.  It was torn down quite a number of years ago, but the smoke stack from the incinerator is still standing. I’ve never been able to find out much about it. The Meadowlands are pretty strange.  –Larry Suglia 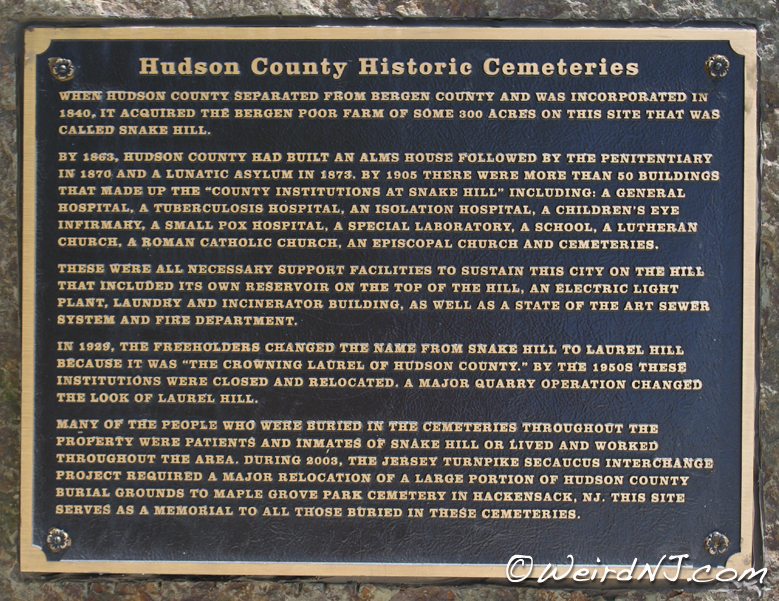 I grew up in Hillside during the 40’s, 50’s and early 60’s. Whenever my mother would take us to the city on the Lyons Avenue 107 Bus (that was in Newark), the bus would go past this huge hill on its way to the Lincoln Tunnel.  Going towards New York, it was on the left. There were a ton of fraternity symbols painted on the rocks near the highway.   My mom told my brother and me that there was an old insane asylum and a prison on that hill when she was a kid, and it sure looked like it.

The hospital was at the very top and looked like something out of a Dracula movie. There was another group of buildings in the middle of the hill, but it was too far from the road to see anything that might identify it.

What is now called “The Meadowlands” was then referred to as “The Pig Farms.”  I’m 56 years old now and sometimes think about it. The “hill” was totally removed in the 1960’s, but I bet people have all sorts of stories, pictures, and legends about what really went on there.  –Andrea Jay 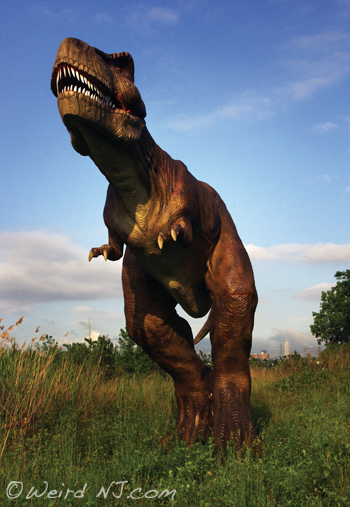 And the weird history of Snake Hill is not over yet! In its current incarnation the site is home to Field Station: Dinosaurs, a family attraction that features over thirty life-sized, realistically recreated robotic dinosaurs (including the ninety foot long Argentinosaurus, the largest animatronic dinosaur ever made).  The story of the dinosaurs is vividly presented on twenty acres of wilderness trails throughout Snake Hill. Scientists from the New Jersey State Museum have worked to ensure that the exhibition encompasses the latest theories and discoveries in the fields of paleontology, geology, and environmental studies.