Investigating The Jet in the Woods 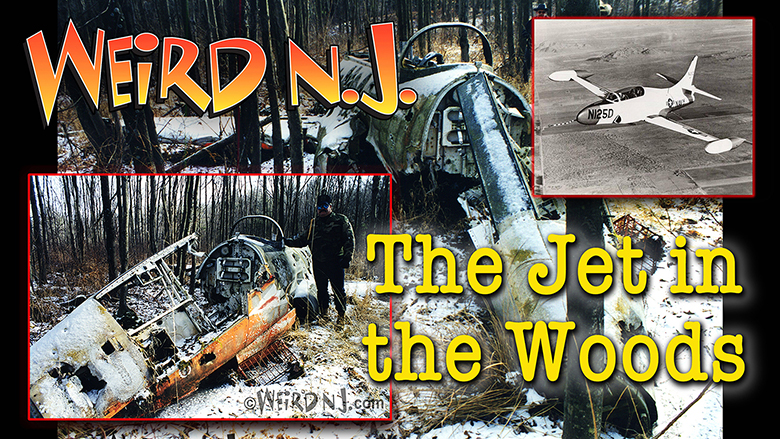 One of the most unexpected things that we’ve ever seen while wondering around in the woods of New Jerseys was the military jet fighter abandoned in the wilds of West Milford, located in the hilly northernmost part of the state.

A Weird NJ reader first brought the plane to our attention after he’d been out deer hunting one December morning about twenty years ago. He saw something shining in the distance through the early morning fog. As I moved in closer, he saw that it was a jet that had crashed and broken into pieces.

The tail lay about fifty yards away from the rest of the fuselage. All of the gauges were out, but the cockpit was otherwise still intact. The strange part was that trees were all grown up around it. So, it had obviously been there for quite some time. 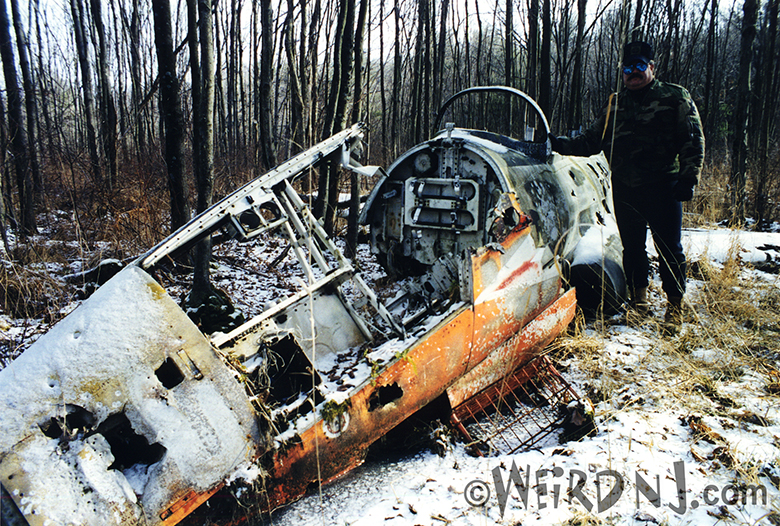 Although he’d live in the area for forty years, he said he’d never seen the plane before and nobody that he asked about afterward knew of its existence either. Even after the original publication of the story, the origins of the Jet in the Woods remained a mystery until we received a letter that seemed to explain part of the riddle. 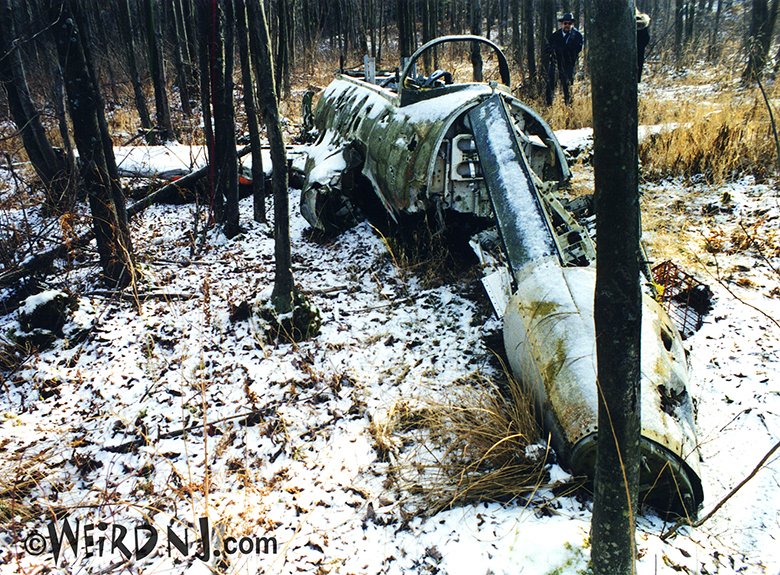 It told the story of a West Milford police sergeant named Bill Genader, who was the first on the scene after the jet crashed in the woods near Echo Lake. It was the summer of 1967 when the West Milford police department first got a call from residents reporting that they’d witnessed a plane crash off Macopin Road.

Genader and another officer jumped in the squad car to find out what happened. He was dropped off at Vreeland Cemetery after observing treetops were sheared off and smelling burning grass. He followed the trail that led to the downed plane. Although the plane was not on fire, the ground around it was.

He looked into the cockpit, but no one was there. Then he saw a dazed pilot sitting on one of the plane’s wings. The pilot said he wasn’t injured, but he had a buddy with him in the plane. They found him thirty feet away sitting against a tree. He had injuries, but none were life-threatening. 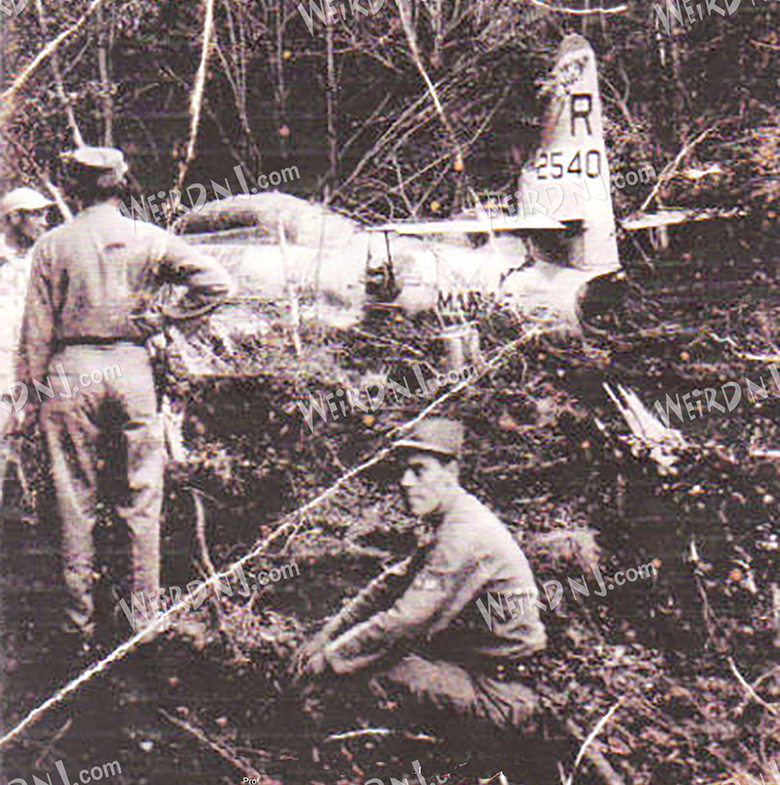 The exact model of the aircraft has been hotly debated amongst our readers for years. Some believe it to be and Airforce F-89H Scorpion, while others suspect it’s a Marine F-80 Shooting Star. Years after our first article on the Jet in the Woods someone sent us a photo taken at the crash site shortly after the plane went down. In the old black and snapshot military personnel are seen examining the downed aircraft.  Based on the insignia of the still intact fuselage it became clear that it was actually a Marine Lockheed-Martin T-2V SeaStar Trainer.

Though we still don’t know what caused the plane to go down we now know that it crash-landed in during a routine training mission. 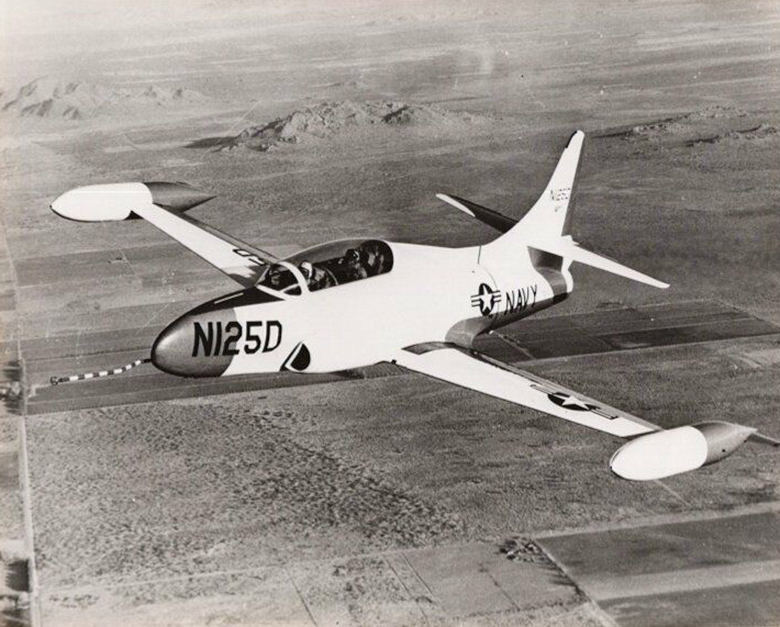 After the crash the military removed engine from the wreck of the SeaStar and airlifted it via helicopter to the nearby Greenwood Lake Airport, so it could then be transported to a salvage yard.

They left the wreckage in the woods and painted orange Xs on the wings to mark it as a military crash site. The skeletal remains of the SeaStar still exist today and can be found in a remote and marshy patch of the West Milford forest, a pretty good hike away from the nearest road.