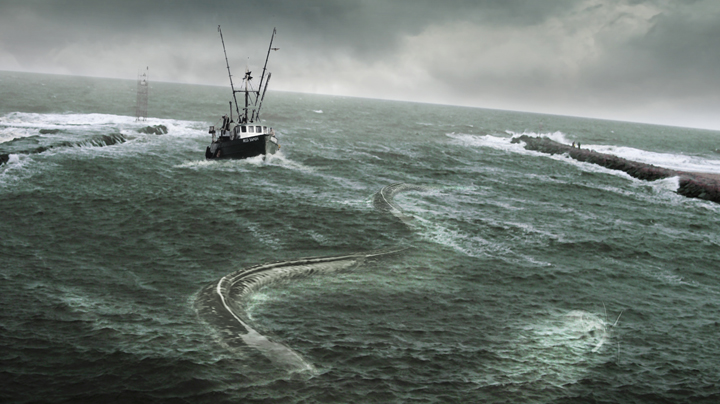 The North Shrewsbury (Navesink) River is one of the most scenic estuaries on the Eastern Coast of America. Known for luxury yachts, stately homes, and iceboating, it is hardly the place you would expect to find the legend of a sea serpent. But, in the late nineteenth century it was the location of one of many well-documented and unexplained sightings of mysterious sea creatures that plagued the waters of the North Atlantic.

The creature in question was seen by several people, all who were familiar with local sea life. While returning from a daylong outing, Marcus P. Sherman, Lloyd Eglinton, Stephen Allen and William Tinton, all of Red Bank, encountered the monster. The Red Bank Register reported the witnesses to be sober and respectable local merchants.

At around 10:00 P.M. the yacht Tillie S., owned by Sherman, was making its way back to Red Bank after a picnic at Highlands Beach. The men had enjoyed a pleasant Sunday evening escaping the warm early summer weather. The moon was shining bright, providing for high visibility as the yacht cut through the water. A stiff summer breeze was blowing and they rounded the Highlands and headed toward Red Bank. At the tiller of the Tillie S., Marcus Sherman steered through the familiar waters. At the bow was Lloyd Eglinton, who kept watch for debris in the water ahead. 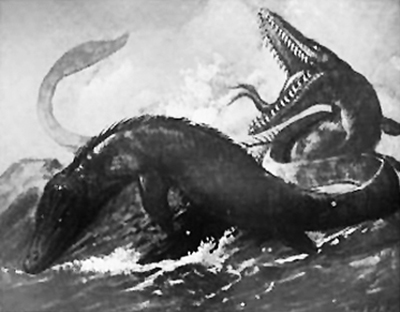 Artist’s rendition of the mysterious sea creature as it appeared in the December, 1887 edition of Scientific American.

Suddenly Eglinton yelled that there was something in the water dead ahead. Sherman steered “hard to port” to avoid the collision. As they looked to see what the obstacle was, they were shocked. There ahead of them was the Sandy Hook Sea Serpent that had been sighted many times over the preceding two years. So credible were the sightings of the Serpent two years earlier, that Scientific American had run an article issuing an opinion that the monster was in fact a Giant Squid. The article, complete with drawings, appeared in the December 27, 1887, edition of the prestigious scientific periodical.

The earlier sighting at Sandy Hook had been made by several credible witnesses. Most notably the members of the Sandy Hook Life Saving Service. The crewmembers had sighted a large monster in the cold waters just off Sandy Hook in November 1879. The sighting was so credible that scientists were dispatched to take statements. It is from these descriptive statements that it was determined the Sandy Hook Sea Monster was, in fact, a giant squid. For the next several years there were reports of all types of sea serpent sightings up and down the east Atlantic Coast. 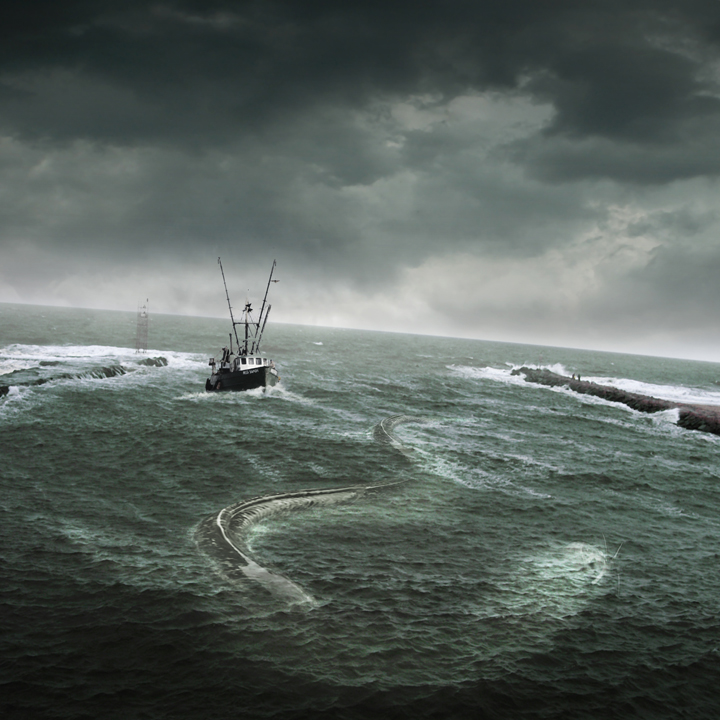 What the Red Bank men saw was surely no giant squid. It was described as about 50-foot long and serpentine in shape. It swam with snakelike undulations slowly and steadily through the water. As it passed halfway past the bow, its head rose from the water giving forth a mighty roar. The head was described as small and somewhat resembling a bulldog’s in shape. It had two short rounded horns on its head just above its eyes. The eyes we said to be the size of silver dollars. Bristles adorned the upper lip of the monster, much like those that would be found on a cat. The beast’s nostrils were quite large and flattened. The serpent-like body tapered to a sword like pointed tail. The frightened men stared in disbelief as it slowly and leisurely swam toward the shore of Hartshorne’s Cove. As the monster disappeared into the night, the men made their way back to Red Bank with a monster of a story to tell.

The men of the Tillie S. were not the only ones to see the creature. Other boaters on the water saw the serpent and gave near identical descriptions. In all over a dozen boaters had seen the strange creature on his nocturnal swim. Over the next months and years there would be other sightings of the monster in the Navesink. In time it came to be known as the Shrewsbury Sea Serpent. No scientific explanation was ever given for the sightings, as had been done for the so-called Sandy Hook Sea Serpent, however the description is not totally without merit. Other than the size, the description is very similar to that of the Oarfish. In any case the mystery remains as to the true identity and fate of the Sea Serpent.

The preceding article  by Robert Heyer is featured in issue #43 Weird NJ magazine.