Tales of Berry’s Chapel in the Pines 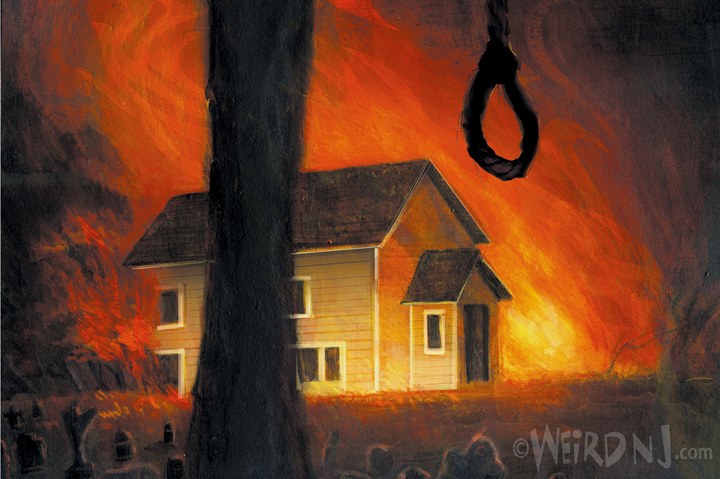 In the Nineteenth Century a small but thriving African American community was developing in the tiny township of Quinton, NJ. Located deep in the piney woods of Salem County, this community was spread out and disparate.

John Berry, a Quinton resident who lived in the woods off of Harmersville-Pecks Corner Road, decided to unify the local community by constructing a Methodist church on his property. Originally just a log cabin structure and a small adjoining cemetery, the church, known as Berry’s Chapel, was born. African American Methodists came from miles around to worship at the small chapel in the woods. 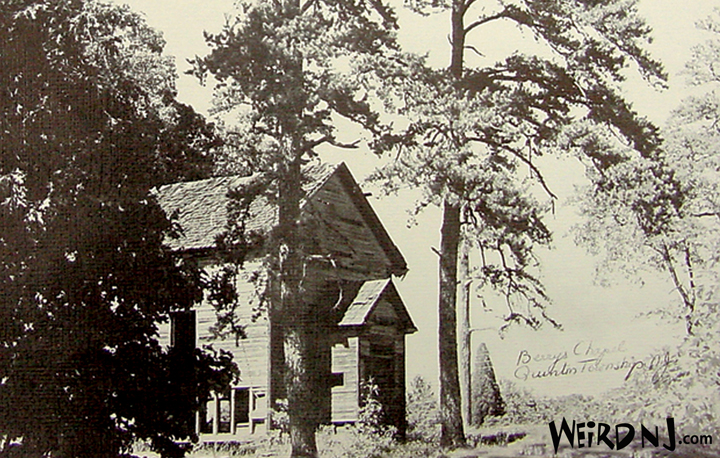 Legend has it that Berry’s Chapel served the African American community as more than just a house of worship. Stories say that it was a stop on the Underground Railroad, which helped usher escaped slaves from the south on to new lives of freedom in the north. Buried in the woods off a small dirt road, it’s not hard to imagine that this spot was once a safe haven for those fleeing bondage.

On the opposite side of the coin there are stories about Berry’s Chapel being continually terrorized by the KKK. A history of Salem County recounts one such incident (albeit in a rather ambiguous way): 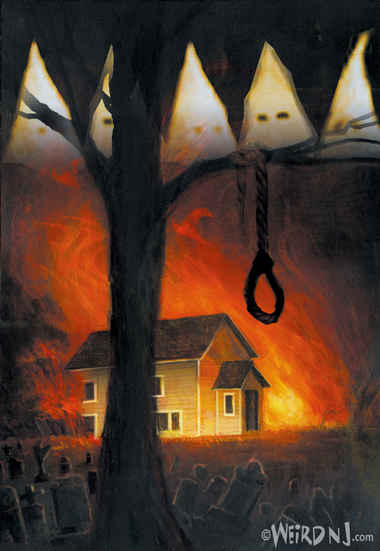 A gang of White Caps terrorized Berry’s Chapel, breaking up religious meetings. It developed that the White Caps were really another color underneath the disguise. But a Woodstown physician, Dr. Pierpont, really had trouble with White Caps who were another color and upon being threatened by them in person, used his buggy whip to good advantage and dispersed them.

Berry’s Chapel was abandoned in 1923, not because of the KKK, but because of progress. A new house of worship, the Haven M.E. Church, was built on the Bridgeton Pike, or Route 49. The newer, more modern, more accessible structure was embraced by the former congregants of Berry’s Chapel. They switched en masse to the new church, leaving the old one, and its adjacent graveyard, abandoned in the piney forest.

While efforts were made to preserve the old church, time and the elements gradually began to take their toll. Both the chapel and the cemetery suffered from severe vandalism. Eventually the church burned down, leaving only the overgrown, under maintained cemetery as a reminder of the past.

In 2002, Reverend Chuck Coblentz, a Quinton resident and Pennington School teacher, led an effort to restore the cemetery. Residents of the town, descendants of the Berry family, and Coblentz’s students teamed up to begin the slow process of finding and repairing the toppled gravestones. Once the cemetery is restored, locals would like to have the former location of Berry’s Chapel recognized as a historic site due to its former importance to the local community and because of its ties to the Underground Railroad.

Though the church and its congregation are both long gone, Berry’s Chapel still lives on in local lore and people still share stories of the site, whether true or not. Here are some examples from Weird NJ readers…

There is a site located in Quinton on the outskirts of Salem that was home to an African-American Church when slavery was still intact. The church was built in the woods by a pastor named Berry. It was burned down twice. The first time no harm was done to anyone, the second time the entire congregation died, including Berry. There are many stories surrounding the burned down church and remaining graveyard, which also became a teenage drinking spot along with a supposed cult meeting ground.

They say on many nights if you go out there, you can see the church fully intact and burning and you can see and hear the parishioners dancing and praising. They also say you can hear metal scraping and people screaming. Berry himself was also buried here and his grave is marked by a stone with his name, but for some reason he was buried farther into the woods and no one can ever seem to find his gravesite. –Shannon 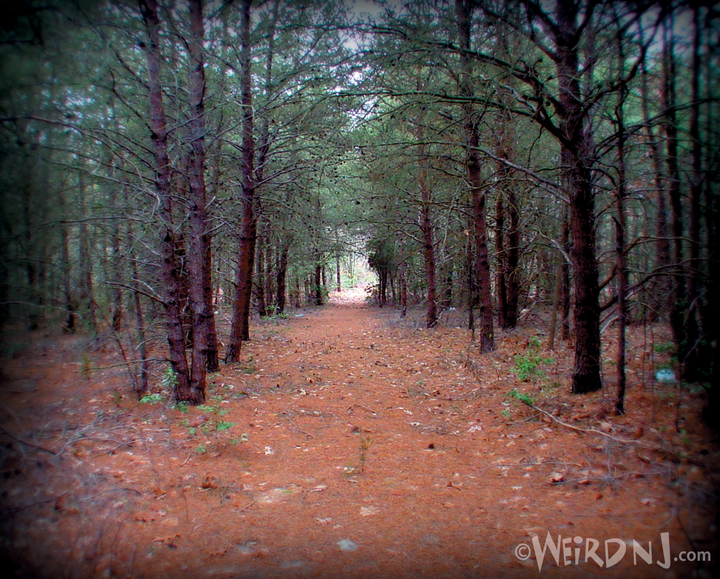 Hanging Out at the Hanging Tree

I live in Salem County, NJ. There’s a place about 5 miles from me called Berry’s Chapel. I’ve heard all kinds of weird stories about the place. The chapel itself was supposedly burnt down by the Klan in the 20’s and they were supposed to have hanged a bunch of people in the cemetery there.

That would explain “The Hanging Tree” as it’s called. It’s a huge tree––I can’t tell what kind because it has no bark and never has leaves on it, but it is alive! There’s a bulge on one of the branches where it looks like the tree grew around a rope that may have been tied around it. An old local man told me there used to be a piece of rope there when he was a boy back in the 30s.

I’ve heard countless stories of ghosts and devil worship and grave robbing. I have actually seen the dug up graves there. It’s definitely a weird and scary place. There are no houses within a mile or so of it. It’s in the middle of the woods. –Chris