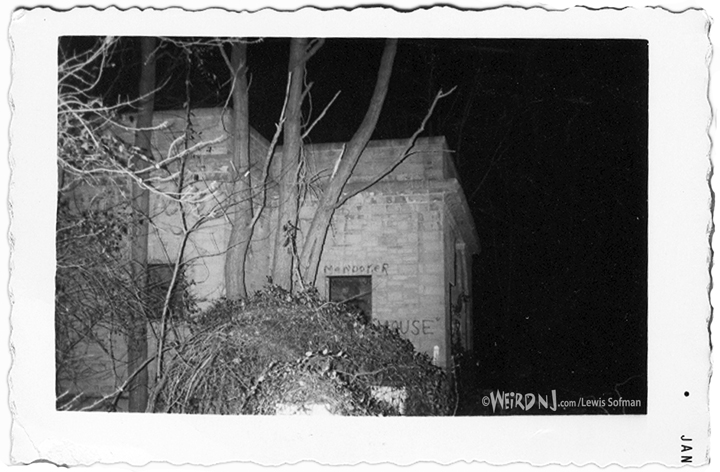 There is, or once was, a legendary place off a dirt road called Disbrow Hill in Monroe Township (Middlesex County) known as Crematory Hill in local lore. As the stories go, back in the 1970s it was one of those scary places where at night anything could happen. The legend of this place was that it was a structure where bodies were cremated, with the remains either shipped out or buried in the graveyard adjacent to the building. It is said that it was abandoned long ago due to the presence of ghosts and spirits.

Back when I was in East Brunswick High School, ’69-’72, it was a great place to go with friends or your date and get a good scare, especially on Friday and Saturday nights. It was considered a real rite of passage.

There was usually clothing and unrecognizable stuff hanging off the trees at the start of the road leading to Crematory Hill and sometimes further on down. On several trips, we saw a large wooden sign painted in red propped up on the side of the road with the warning: WELCOME TO HELL. That was the signal it was going to be a hell of a ride! Screaming sounds were often heard from the woods, but we drove on, excited and expecting anything! 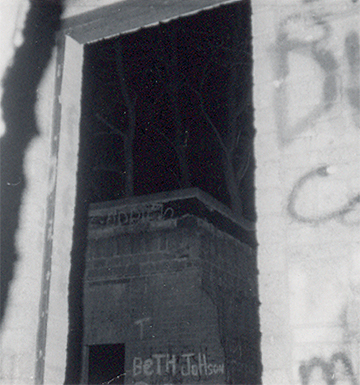 On the way, there was one house close to the dirt road, always with the lights on, where it was rumored that you would see the family living there hitting each other with hammers in the windows. We never saw that, but even with the lights on, it really didn’t look like anyone lived there and it had a weird presence, stuck out there in the middle of nowhere.

After passing that landmark, we would look for the opening in the woods off the dirt road that would lead to the Crematory. It was on the right side. This is where the courage factor came into play. It was dark, real dark, and the woods were thick. Weird sounds startled you. You didn’t know what was out there. All we had were a flashlight and our nerve.

We walked the dirt path, adrenaline pumping, always aware that something was out there, and in the beams of the flashlights, the structure loomed. Covered with graffiti, it was imposing in the darkness, yet waiting for us to enter and explore. The large, empty building was built up on a dirt hill. It was made out of bricks, stone, and cement. There were openings for windows and doors; there was rubble in the basement. To get to the basement, you had to jump through a hole in the floor. There were some pipes through the floor, which were supposed to be part of the crematory equipment. The structure was probably built in the 19th century.

After exploring the Crematory, more courage was mustered to walk the grounds and find the cemetery. There was a low wall, which you followed to find the graveyard, taking you deeper into the woods, further away from your car, the only means to escape if anything happened. This took a lot more of your courage. 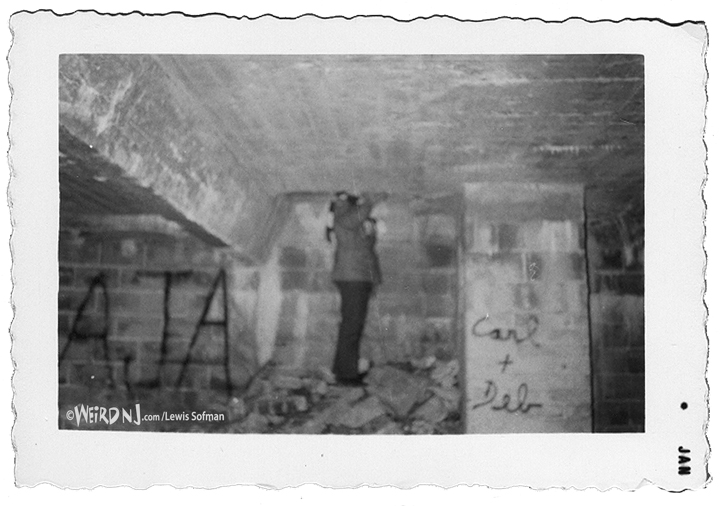 After locating the burial ground, the walk back seemed longer and scarier. When you got closer to the road and the car came into view in the flashlight beam, you breathed a sigh of relief, quickening your steps until the key was in the door and you were back in the car.

One time we got out of the car at the Crematory, started walking, and heard some rustling in the trees. All of a sudden from the dark came a combination of howling voices and figures, trying to attack us. We were close enough to the car and I had the key in hand fast enough for us to pile in and for me to spin my wheels in gear to get out of there like a bat out of hell. Luckily we escaped uninjured. One of my friends looked back and saw dark outlines of figures, but there were no cars around for them to follow us in. How and why they were there is a mystery.

I was told that the Crematory was used by Rutgers fraternities and Douglass sororities as part of the pledging/initiation processes since the 1940s. Crematory Hill provided lots of unpredictable excitement for us teenagers. The ride itself was scary enough, but you were always drawn to walk in the woods, to face the unknown. –Lewis Sofman

I lived in South River and I remember stories of all the older kids going to Crematory Hill, my brother included. He never would let me go because it was too scary.

One night I remember all the kids in the neighborhood went, there were about five cars filled, and they decided to scare the girls. A few hours later they came back racing down the street and some of the girls were crying and really shaken up. From what I heard they weren’t just scared––they were being shot at and almost didn’t make it out alive. When I asked my brother what had happened, he was white as a ghost and said, “You don’t want to know.”

They eventually bulldozed the Crematory and built condos and stuff there, so I never got a chance to check it out. It was one of the true good old school places to check out, too bad they took it away from us. And they wonder why kids get into trouble all the time, and why they have nothing to do. –Grafxchik

I used to live in Englishtown. The Crematory Hill that I’m aware of is around the Windsor/Hightstown area. It’s right off Rt 33. It’s in the woods built next to some huge houses. The mob used to take people to this area and kill them.

Supposedly there have been hundreds of deaths and torture victims found there. They would tie them to the trees. They would mark the trees with their names. I have been there at dusk reading the trees. –Kim 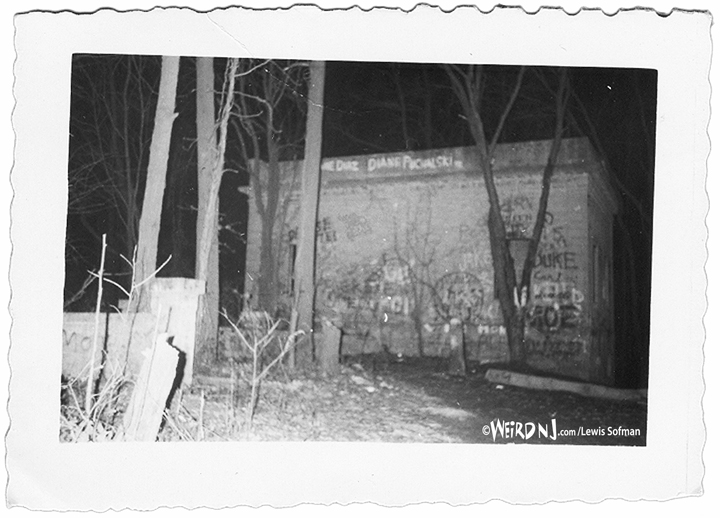 I remember Crematory Hill well! I went with a few friends back in about 1986. We saw the smoke stack rising up over a cemetery, I was very curious and had to go and see it. It was not accessible by car, except for a service road that was for official use only.

We walked through the woods and it was all still intact. The ovens had huge doors on them, and yes, I had to open them. They were full of ash. I still did not believe it was a crematory, so I reached in the oven and grabbed a hand full of ashes. It was then I realized I had a hand full of buttons and various pieces of metal that were melted together. Everybody screamed and ran away, but I could not resist filling my pocket with them to get a closer look later on. They seemed to have some sort of insignia on them, either state or military. I never did find out if they were from uniforms. Some say mobsters used the crematory to get rid of murder victims, especially cops. –Margaret

You can read more about all of New Jersey’s other local legends in Weird NJ magazine, “Your Travel Guide to New Jersey’s Local Legends and Best Kept Secrets,” which is available on newsstands throughout the state and on the web at www.WeirdNJ.com.