Legends of the Dempsey House 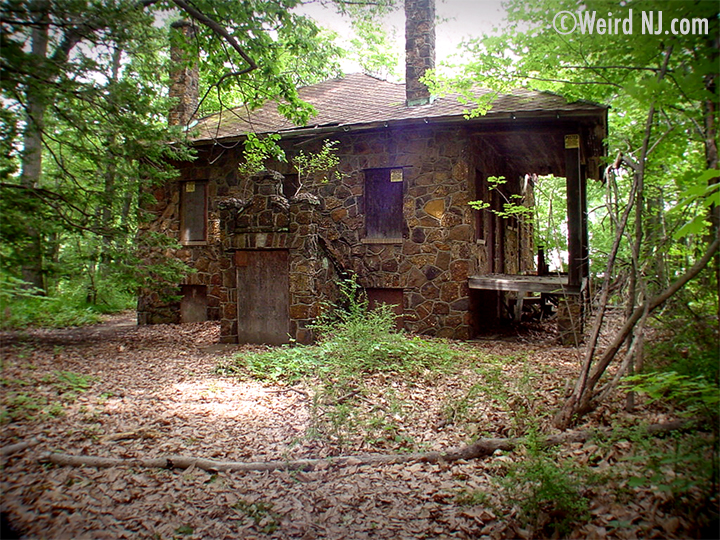 Dempsey House in the Leonardo section of Middletown (Monmouth County) sat quietly in the woods for many years as the legends about it grew. Really nothing more than a large pump house, the dark and rustic looking stone building is one of the last remnants of the vast Dempsey estate which once occupied the surrounding grounds. The building is made of a rare peanut stone native to the area that is a mix of quartz and other pebbles embedded into an iron-oxide rock. According to an article published in the Asbury Park Press in 2004, no one ever lived in the building. William S. Dempsey built the house in 1926 over an artesian well that provided water to a few local families, according to his grandson, Bob Dempsey, 55. The elder Dempsey planned to turn the upstairs of the pump house into a residence but never followed through. The family stayed in a white Colonial house across the street, built in 1895. Locals recount how the Dempsey children used to use the building as a playhouse. 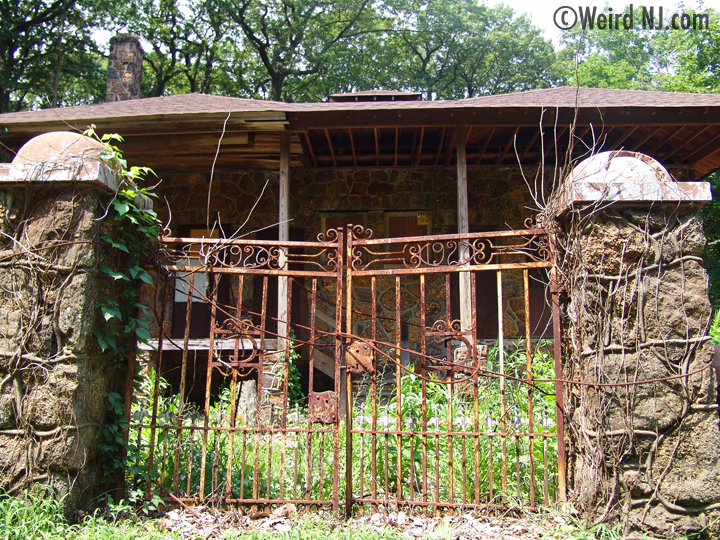 Today, with suburban neighborhoods encroaching all around the wooded lot on which the Dempsey House stands, locals wonder what this unkempt relic from another age is still doing in the middle of their well manicured community. Those who have grown up in those suburban neighborhoods know a different history of the house, and why no one dares disturb it. Here now are just a few versions of the house’s story as told by Weird NJ readers:

Death at the Dempsey House

There is an abandoned house in Leonardo. It is right off of Route 36 by the bus depot. I know the house is known as The Devil’s Whorehouse.

There was an old couple living in this house years ago. They were the Dempseys. The old man was quite ill. He was bedridden in their second floor master bedroom. The old woman tended to her husband, bringing him food and water, bathing him, and nurturing him. She would run up and down the stairs twenty plus times a day. Then one day she went downstairs to begin the same daily tasks, but never returned upstairs. The old man waited helplessly for his caregiver to return, but she never did. He slowly died of starvation and dehydration.

Apparently after a while a call was received by the local police. I am not sure who tipped them off, but nevertheless a response was made. An officer went to investigate. He entered the house. As I recall, the story goes that whatever he had observed or experienced inside drove him to come outside and immediately hang himself on a tree in an embankment not far from the house.

The noose was cut down at the time that they took the officer’s body away, but the remains of that rope still sways in the breeze to this day. –S. Gold

There is a weird, evil, scary house in the Leonardo part of Middletown, in the middle of a residential area. It is known as the Dempsey Estate. The house has been condemned for years and the reason it’s standing is still a mystery to me and my friends that are constantly going at night to get a scare.

Supposedly a Mr. Dempsey and his family lived there. One Halloween, Mr. Dempsey lost it and killed his whole family. After realizing what he did, he hung himself from a tree in the middle of the street at the end of his property. All the kids on Halloween thought his body was just a decoration. Little did they know until daylight that it was his corpse. Some say at night, you can still see the noose hanging from the tree.

I personally believe Mr. Dempsey still roams his property. An evil feeling comes over everyone who sets foot on the property. The front of the house is guarded by a spooky looking rusted gate with a stone wall bordering the outskirts of the property. In the back of the building, there is a part that is opened and leads to the basement. There is also a stench that smells like a rotting corpse.

Another legend about the house was that after he killed his wife and three kids, Mr. Dempsey buried the bodies in the basement. Maybe that explains the stench! I have yet to go inside the house, nor would I really want to.   –George G.

In Leonardo, there is a house in a wooded area. It’s been boarded up as long as I’ve been alive, nineteen years. Legend has it that an old doctor lived there with his wife and young daughter. One night the doctor took his daughter and killed her in the basement, then when his wife came home he murdered her too, then drank acid to kill himself. –Greg A.

The Dempsey House – Where Wise Men Fear to Tread

My father used to keep a boat in Leonardo State Marina two blocks down from the Dempsey house. The place has been abandoned since the late 60’s or early 70’s. I took an adventurous friend with me there one night and this is the type of guy that isn’t afraid of anything. He got as far as the second step to the cellar and turned around and hoofed it back to the car where I waited on cop watch. –Ron D.

Today the Dempsey House sits on one of the last parcels of undeveloped land in the Leonardo section of the township. The township plans on preserving the house and the stone wall around it, because it considers it to be historically significant, but there are no other definite plans for the property. Township police Chief John F. Pollinger told the Press that none of the stories about a murder at the house are true. “There were all kinds of rumors, it spiraled out of control. But there was never a murder there.” Nevertheless, the legends still live on. 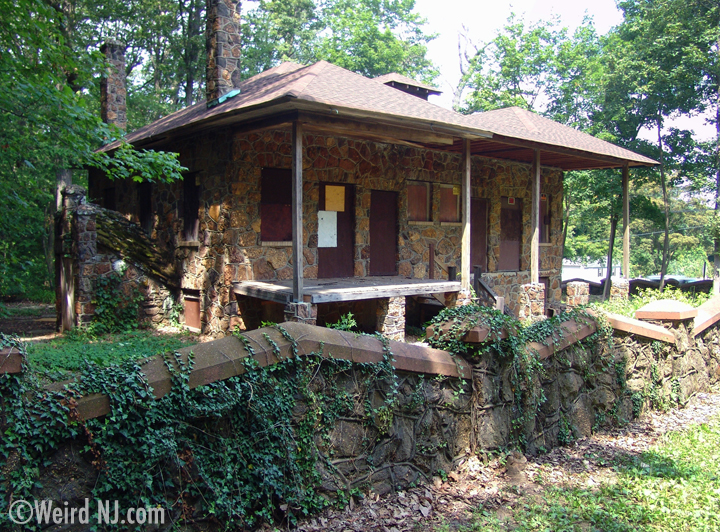