The Spanish Mansion and the Capone Connection 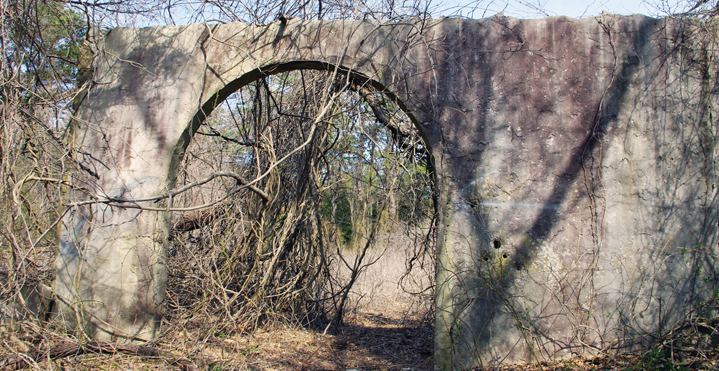 Located in the wood on the outskirts of Pinewald, near Cedar Creek, can be found the mysterious ruins of a hacienda-style dwelling that has come to be known in local lore as The Spanish Mansion. Today all that remains of the once opulent home are a few crumbling concrete archways, shrouded by intertwining thorn bush tendrils and poison ivy vines. The actual name of the property was Cedar Crest and was once the home of B.W. Sangor, who developed Pinewald in the early 20th Century. But whenever the Spanish Mansion is brought up in conversation, someone will inevitably chime in with the rumors of Al Capone running an illegal liquor operation at the site. Most people who are familiar with the area seem to enjoy hearing and passing on these stories, but generally dismiss them as works of fiction. Well, it turns out that there might be a legitimate reason for the property’s association with the mob after all.

This photo came from a pamphlet entitled, “Pinewald Becons,” published by the B.W. Sangor Company in 1926. Photo courtesy of the Berkeley Township Historical Society.

B.W. Sangor was a close friend and business associate of Harry Donenfeld. This is the same Harry Donenfeld who at one point owned Detective Comics (DC). Donenfeld had ties within the New York mob community and reputedly engaged in a number of illegal activities, including running booze during Prohibition. Sangor was crooked as well and did time in the state slammer for embezzlement and larceny. I’ve never seen direct evidence of it, but I think that it is highly likely that Donenfeld visited Cedar Crest on one or more occasions. Given the friendship and business relationship between these two men it’s possible that Cedar Crest really was used to produce or stash alcohol during Prohibition. Now, obviously that’s a far cry from the locally circulated rumors of mob assassins burning bodies at the site, or a rat’s maze of tunnels being located beneath Pinewald’s sandy soil, but Sangor’s association with Donenfeld definitely lends a little credence to some of the mob rumors. 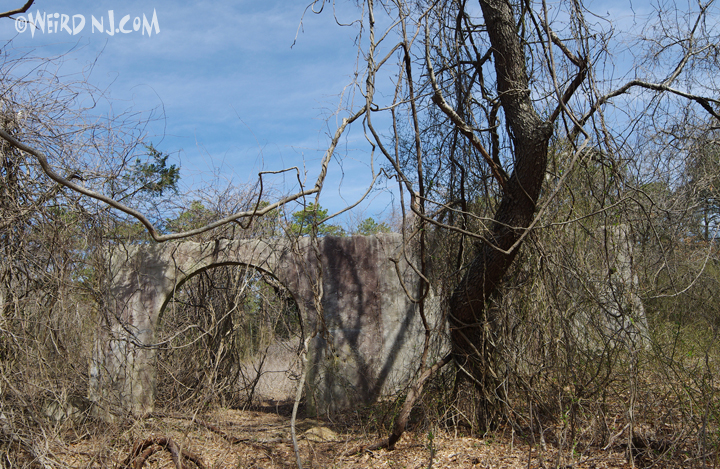 Most of the mob rumors about the Spanish Mansion, however, involve Al Capone. So, did Capone ever set foot in Pinewald? I’d say the likelihood of that hinges on whether or not Harry Donenfeld, and possibly B.W. Sangor by extension had any verifiable ties with Capone’s branch of the mob. It is also worth noting that the Spanish Mansion is not the only location in the area that is said to have ties to Capone, the former Royal Pines Hotel in nearby Bayville has long be rumored to have once been a favorite haunt of Scarface (http://weirdnj.com/stories/al-capone-royal-pines-hotel). As far as I’ve been able to determine though, Donenfeld’s contacts were solely with the NY mob, and not Chicago. However, as it is said, there is a kernel of truth at the core of every legend. I often wonder if the locals of the day were confusing Donenfeld for Capone. In the meantime, I continue to look for more evidence.

The preceding article by Neil Slowikan is an excerpt from issue #43 of Weird NJ magazine, which is available in bookstores and on newsstands throughout the state.