The Watcher of Westfield 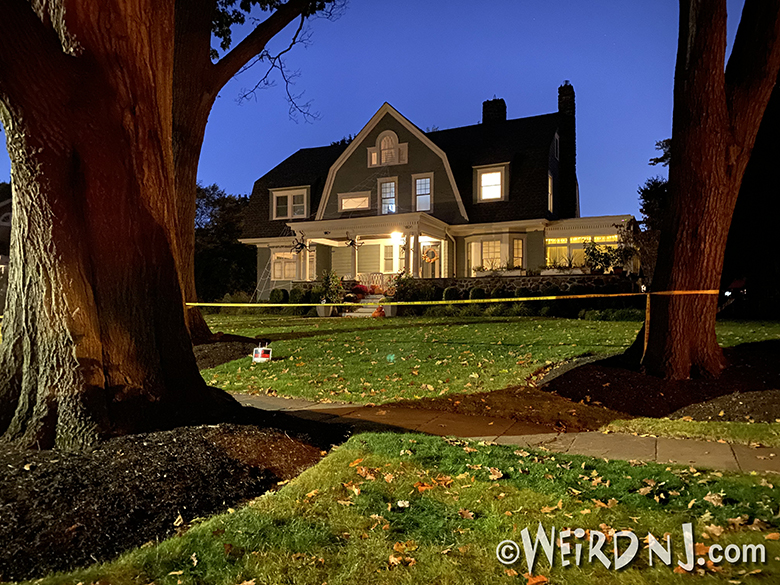 On October 13, 2022, Netflix released a limited series called “The Watcher.” The streaming service’s trailer for the show teases, “Ominous letters from someone calling themself ‘The Watcher’ are just the beginning as the neighborhood’s sinister secrets come spilling out.” Though fictional, the series is actually based on the real-life story of a house located in Westfield, NJ. 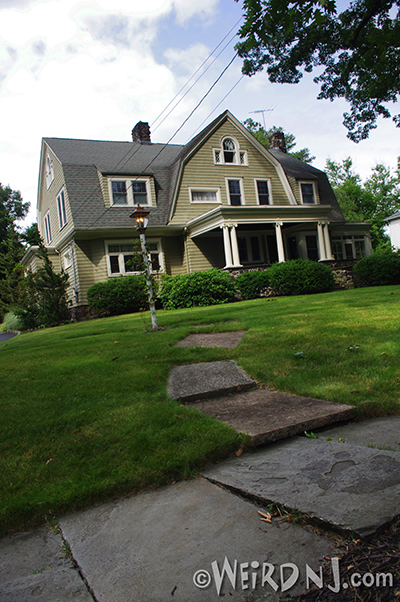 In 2014, a couple named Derek and Maria Broaddus purchased a 6-bedroom, 4-bathroom Dutch Colonial house with multiple fireplaces, in Westfield for just under $1.4 million. What the couple didn’t know at the time was that their new home, which was built in 1905, allegedly came with a pre-installed stalker. One month before the closing date, on May 26, the sellers John and Andrea Woods received a letter from an anonymous person who called themself “The Watcher.” In the hand-typed letter the Watcher claimed to be one of a long line of people stalking the house’s residents.

There were no other details or personal information was mentioned in the letter. The Woods, who had lived at 657 Boulevard address for the prior 23 years, said that while the letter seemed strange, it didn’t make them feel unsafe or threatened.

Over the next month, as the closing date on the house approached, the Broaddus family began moving their furniture into their new home. Then in June, just three days after the closing, they too received a letter from the Watcher. Some of the content of the letter read like this: 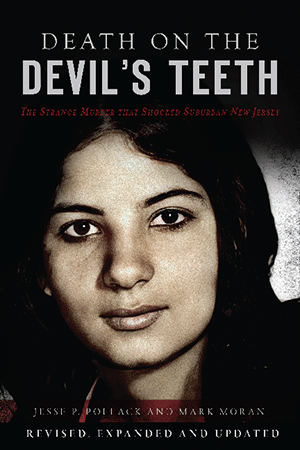 now my time. … I have be (sic) put in charge of watching and waiting for its second coming…You don’t want to make (the house) unhappy…Do you need to fill the house with the young blood I requested? I asked the (previous owners) to bring me young blood.”

The Watcher claimed in the letter that the Woods had sold the house because, “it was their time to move on and kindly sold it when I asked them to.” Two weeks later another letter arrived addressed to “Mr. and Mrs. Braddus” which contained details about the couple’s three young children, including their birth order and nicknames. The letter asked who would be in the street-facing bedrooms, saying, “It will help me to know who is in which bedroom (sic) then I can plan better.”

Who the Watcher was or what exactly they were planning remained a mystery. Derek Broaddus set up webcams inside the house and installed a new alarm system, but the family found the implied threats so disturbing that they were too scared to live in the house and never moved in. A third ominous sounding letter came a few weeks later. 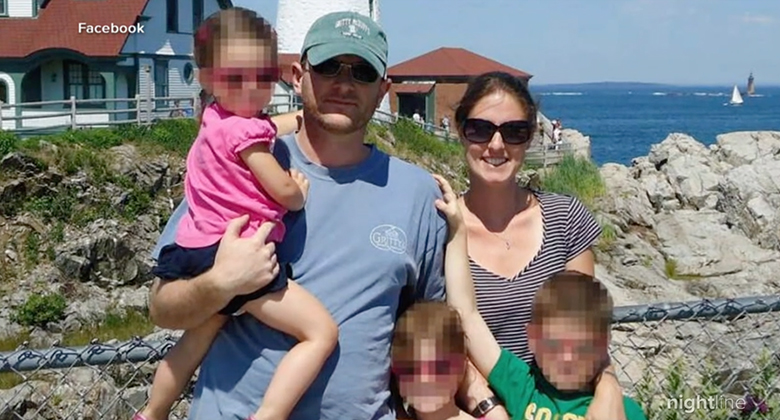 A year later, with the house empty and pretty much unsellable, the family filed a lawsuit in Union County Superior Court against the sellers, seeking damages for fraud and breach of contract, saying that the “previous owners knew a shadowy stalker was fixated on the home but failed to disclose it to the buyers.” They claimed that the Woods should have warned them of the single letter they’d received from “The Watcher.” The Woods denied the allegations.

The story caught on and numerous news outlets reported on it. The Union County Prosecutor’s Office did a test on the letters and found female DNA on them. They also revealed the letters all had Kearny postmarks on them.

Some theorized that “The Watcher” may have been another of the home’s perspective buyers, who were perhaps upset over losing the house. The Woods had received multiple offers on their home, all of which were above the asking price.

Others suspected the Broaddus family might be behind the letters themselves, though no evidence to that affect has ever been conclusively proven.

Reporters found a woman who lived in the home from the 1960s through the late 1980s. They reported that she said her family never dealt with any Watcher-like individuals while living there and her childhood in the home was rather idyllic.

The Broaddus family attempted to re-sell the house “as they are unable to live in the home without extreme anxiety and fear”, but were unsuccessful. Then in September of 2016, they applied to “sub-divide the property into two lots and remove the existing house to replace it with two new homes.” The town’s planning board rejected the proposal in January 2017.

During this period the Broaddus family rented the house out to a tenant when the fourth and final letter from “The Watcher” was received.

The civil lawsuit against the Woods was dismissed in 2017. The Broaddus family sold the film rights to the Watcher story to Netflix in December of 2018 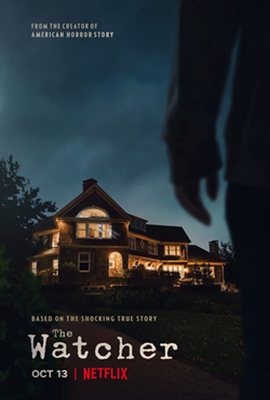 The fictionalize story expands on the basic true story of the Watcher, weaving threads of other stories into the plot line. In the series the history of the house includes the brutal murder of a family who once lived there by family patriarch. This scenario is of course based on the true story of the John List murders, which took place in the town of Westfield but in a different house entirely.

The address given for the house in program is the same as the real-life house — 657 Boulevard, Westfield, NJ, though the house depicted in the show is actually located in Rye, NY. The Westfield house now has new owners who have thus far reported no further communications from “The Watcher.”

In its first week on Netflix The Watcher series garnered a massive viewership of over 125 million streams. It seems these days everyone is watching The Watcher. But what has become of the real-life Watcher? Have they really stopped stalking the house, or are they perhaps still lurking somewhere in Westfield, awaiting that “second coming” they foretold in their very first unnerving letter? 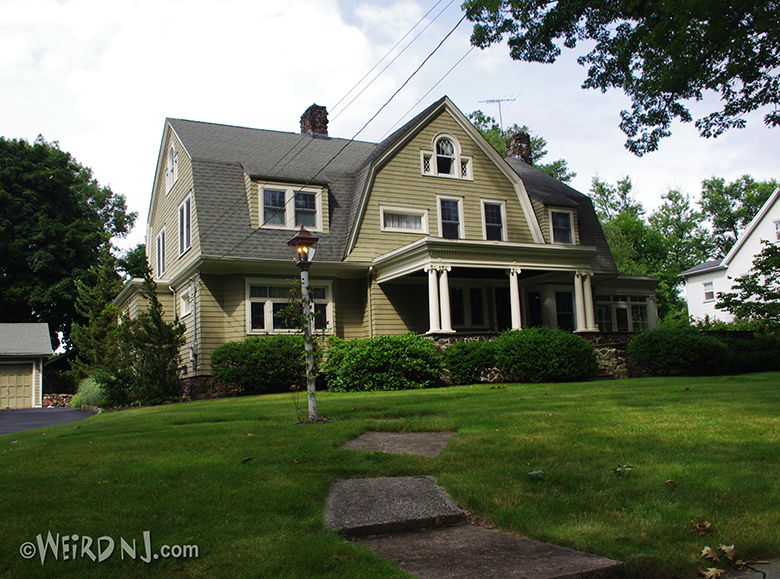 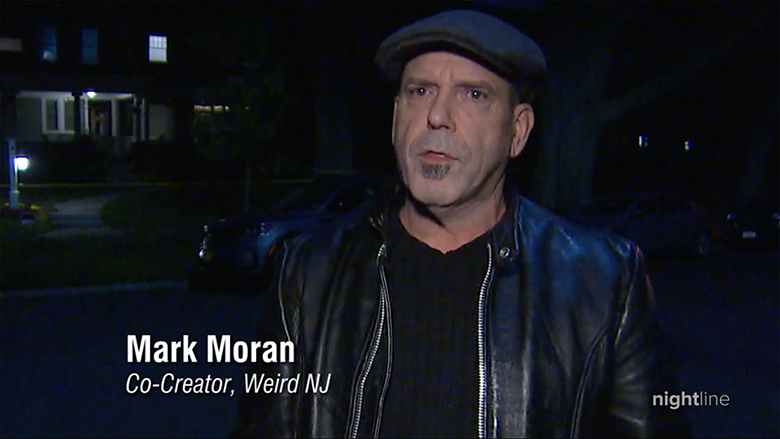