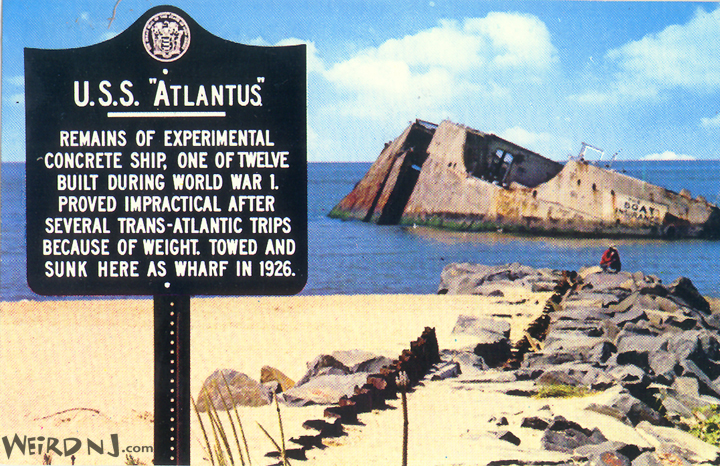 For nearly nine decades now the weather beaten remains of a ship have lain just a few hundred feet beyond the breaking surf of Sunset Beach in historic Cape May. Although the Jersey coast has become a bone-yard of sorts for seafaring vessels over the years, this ship has the distinction of being a one-of-a-kind wreck known as the S.S. Atlantus, a concrete ship. It is a poignant monument to dubious engineering and ill-conceived ideas in general. 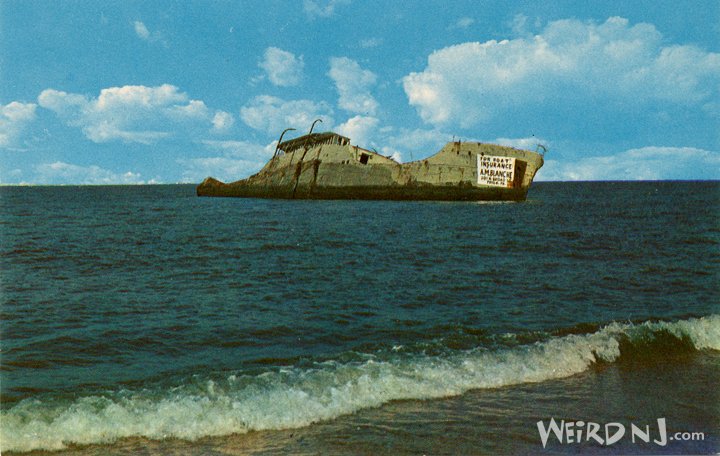 The notion of the concrete ship must have seemed to have some validity toward the end of World War I. Shortages of steel made it necessary to find low cost alternative materials for

ships that could serve as a troop and supply transports. The federal government, under the guidance of President Woodrow Wilson, invited Norseman N.K. Fougner to head a study into the feasibility of concrete ships when their earlier experiments with other natural resources failed. In a few years, and numerous prototypes later, the United States Shipping Board rolled out the first of 12 concrete ships, S.S. Atlantus, in 1918. The freighter weighed 3,000 tons, measures 250-feet long and was built with a 5-inch thick hull of special concrete aggregate. The freighter was launched on November 21st of the same year, in Wilmington, North Carolina. 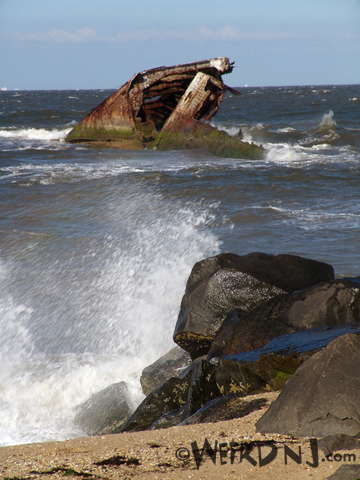 Sadly, because they were too slow and not actually cost effective, the great hopes for the concrete fleet were to be dashed before they were ever really realized. With the end of the war, steel was once again readily available and the more efficient steel ships were back in production. The “Concrete Fleet” was de-commissioned and the S.S. Atlantus was sent to a ship graveyard in Virginia.

Then in 1926 an entrepreneurial-minded man by the name of Colonel Desse Rosenfeld of Baltimore decided to give the Atlantus another chance. He had always dreamt of a ferry service between Cape May and Lewes, Delaware, and was able to convince some unwitting residents of Cape May County to invest large sums of money in his concrete ship scheme. Rosenfeld had

the Atlantus towed up to Cape May from Virginia to Cape May to be used as the ferry landing. But while she was awaiting positioning the ship broke loose of her offshore moorings during a storm and ran aground where she rests today. Although several attempts were made to free her––all proved unsuccessful. In 1937 a seam ripped open in the giant ship’s stony hull, and in 1961 she split into two parts. At that time her stern disappearing beneath the water’s surface forever. 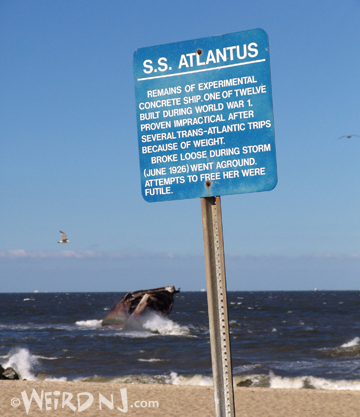 The seamen who once served on the ships of the concrete fleet had an apt nickname for these vessels—they called them “floating tombstones.” Today the one of these tombstones can still be seen just beyond the crashing surf of Cape May Point––it just isn’t floating anymore.