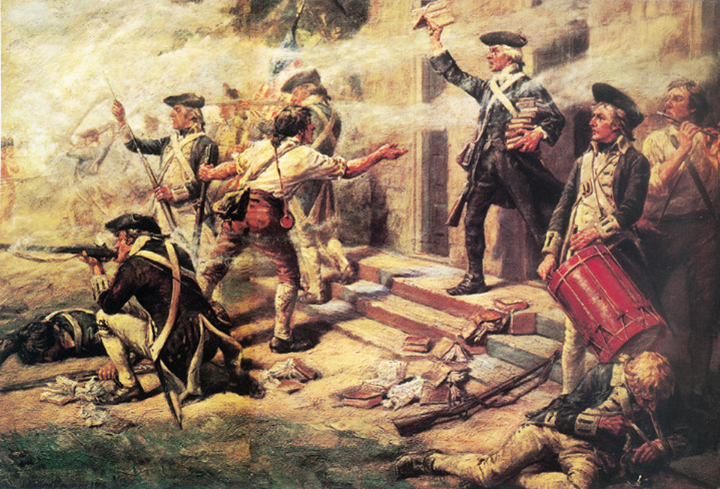 Today, on the 4th of July, we salute a true American patriot, Nicholas Parcell, a Revolutionary War soldier who was mortally wounded during the battle of Connecticut Farms (now part of Union) New Jersey, and died on June 10, 1780. On June 7, Continental troops, along with militia, foiled the British expedition to march through Hobart Gap, the path through the Watchung Mountains, and advance across eleven miles of flat ground to  General George Washington’s main encampment at Morristown.

On June 23, General Henry Clinton, British commander-in-chief in North America, decided upon a second attempt. Starting from Elizabethtown Point the British once again marched through Connecticut Farms and into Springfield, while heading for the same Morristown objective as on June 7. Although the British were initially able to advance, they were ultimately forced to withdraw in the face of 1,500 Continental troops and anywhere between 1,000 and 2,000 additional New Jersey militia under the command of Major General Nathaniel Greene.

At Springfield as the American artillery ran low on wadding, Rev. James Caldwell, a staunch supporter of the revolution, whose wife Hannah was killed by the British during the Battle of Connecticut Farms, brought up a stack of hymn books published by English clergyman Isaac Watts to use instead. “Give ‘em Watts, boys!”, he implored the men. After heavy exchanges of fire, the British retreated, burning every home in Springfield to the ground along their route back to Elizabethtown, save the four houses known to belong to

Loyalists. At midnight on June 23, the British and Hessian troops fled over a bridge of boats from Elizabethtown Point to Staten Island.

This was one of the last major engagements of the Revolutionary War in the north and effectively put an end to British ambitions in New Jersey. Because the decisive battles of the war moved further south, Springfield became known as the “forgotten victory,” though historians now recognize it as one of the most significant battles of the war. Washington praised the role of the New Jersey Militia in the battle, writing in a June 25 message, “They flew to arms universally and acted with a spirit equal to anything I have seen in the course of the war.” 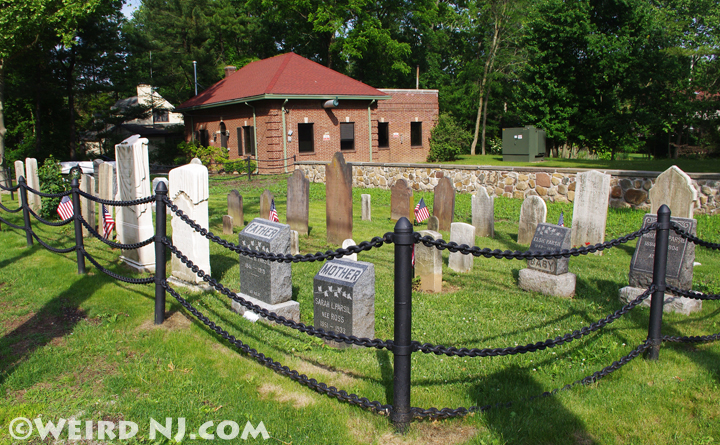 Located along White Oak Ridge Road in the Short Hills section of Millburn is the small graveyard of the Parcell family (alternately spelled Parcel and Parsil on various headstones). Here lies the body of Nicholas Parcell, died June 10, 1780. Even in death, Parcell continued to lash out against the enemy that he had laid down his life to be free of. His epitaph reads: 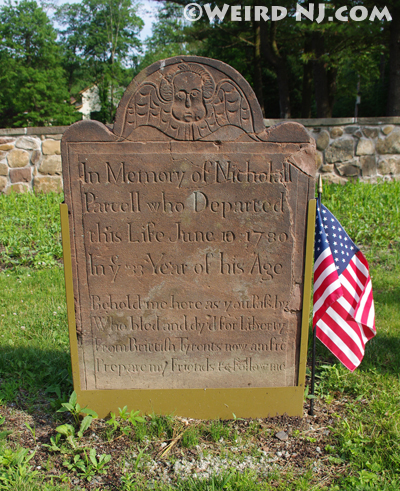 Behold me here as you pass by

Who bled and d’yd for Liberty

From British Tyrants now am free

A bold and courageous inscription indeed, considering it was carved while the war was still raging and there was no way of knowing which side would eventually be victorious in the conflict. For many years the stone lay fallen on the ground and the final line of the epitaph, “Prepare my Friends to follow me,” which is both a harbinger of impending doom and a call to arms, was sunken into the earth and obscured by dirt. The broken stone has since been restored, reinforced with a metal sheath and stood upright again by the Rolling Hills Garden Club of Short Hills. Standing directly in front of Nicholas’s grave is the headstone of his brother Captain Thomas Parcel, who was also killed during the war two years earlier in 1778…on July 4th, Independence Day. 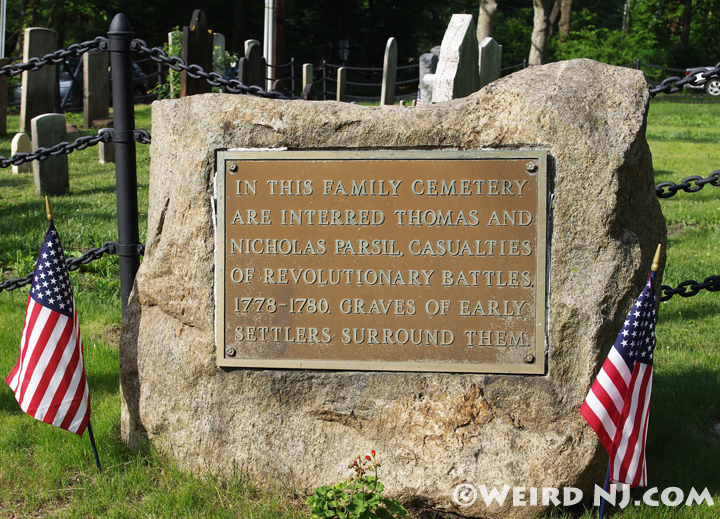