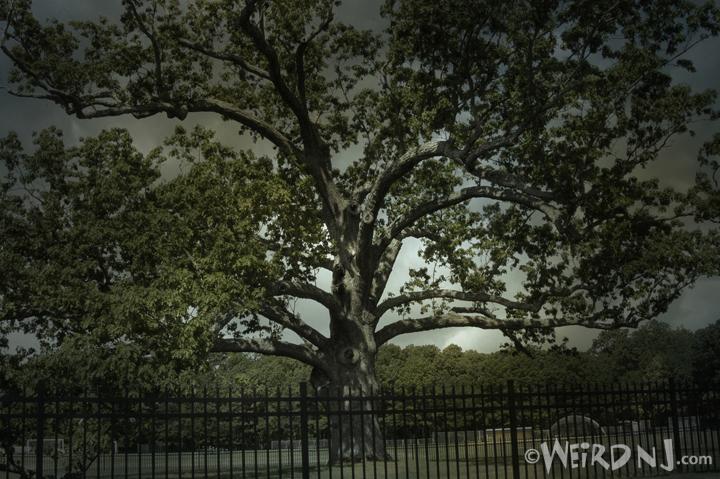 The campus of Georgian Court University in Lakewood, a Catholic institution with a focus on women’s education, is the former estate of George Jay Gould, son of railroad baron Jay Gould. In 1896, Gould bought property in Lakewood, touted for its “health benefits,” and hired architect Bruce Prince to design an estate as a second home. Gould, with his wife Edith Kingdon and their six children, enjoyed the mansion they called “Georgian Court” (after its Georgian-period architectural style) for many years. After Gould’s death, his relatives sold the property to the Sisters of Mercy, who founded Georgian Court College in 1924. 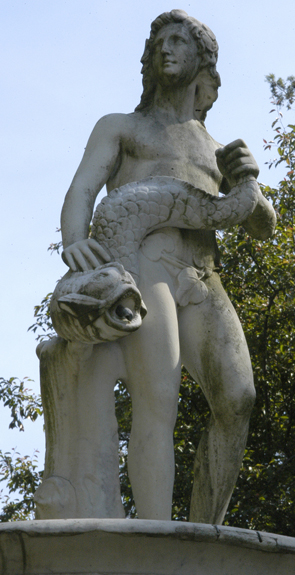 The estate, which remains much as it did when it was in the care of the Goulds, is complete with a Casino building, a bowling alley, tennis and squash courts, a swimming pool, and a ballroom. It is surrounded by 152 acres of planned landscape and lush gardens.

Rumors suggest that underground tunnels connect Georgian Court’s various buildings and were used by Mr. Gould to help him engage in secretive extramarital affairs. True? Maybe—perhaps Edith Kingdon Gould happened upon a tunnel entrance and couldn’t recover from the shock when she died on the estate’s golf course in 1921. But those are not the only unusual stories that are told of the grand old estate turned college. There are also said to be a number of unexplainable, otherworldly phenomena that have been witnessed on the grounds of the campus.

As a former journalist (two years with the Asbury Park Press and a half a year with the Ocean County Observer), I’m used to being kind of skeptical. But there is a hell of a story at Georgian Court College. 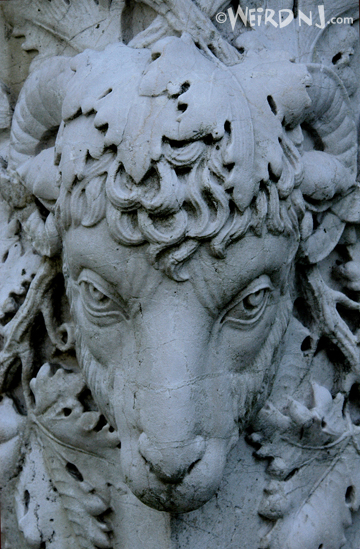 There’s a legend that for every mistress Gould had, he would dedicate a statue to her. This man must have been the predecessor to Hefner, because the grounds are LITTERED with them. Oh yeah – and the place is haunted. Again, skeptical believer, me. But there are several stories that circulate about ‘the tree’ –– one that I can corroborate. The infamous tree is sectioned off from the campus in a rather unique way. It’s in the middle of an athletic field with nothing around it. It’s gated off by wrought iron and is bent at a strange angle. Legends are fun, but there are actual stories of people having seen things that don’t make sense, myself included, like red dots that come from nowhere and chase people (not like laser pointers, either).

I ran a leadership camp that has been held there for years, the Rotary Youth Leaders Academy (RYLA), and one night after a ceremony, we went out to the field to clean up. We did the ‘touch-the-tree’ dare and I laughed at the concept of being spooked. Then we got bolder. The girls all started to get creeped out, and my friend Steve and I just laughed. We went to the tree line and decided to explore to see what was back there and found a really creepy old greenhouse. Anyway, we returned and we were just walking along, when suddenly we all saw something––a bluish white flash the size of a baseball. At first I thought it was a firefly, but it was May and it wasn’t really time for fireflies to be out. I disregarded it. Then it flashed again ten feet forward. The girls saw it at this point, too. Then it disappeared and reappeared again. It stayed lit for about four seconds, more or less. I looked over at Rob and Joe, whose jaws were dropped. The girls shouted for Steve to get out of there but he just laughed and kept looking down by the ground. I kept thinking, “This looks like some kind of a bad horror movie scene. He’s gonna get killed because he’s stupid.” 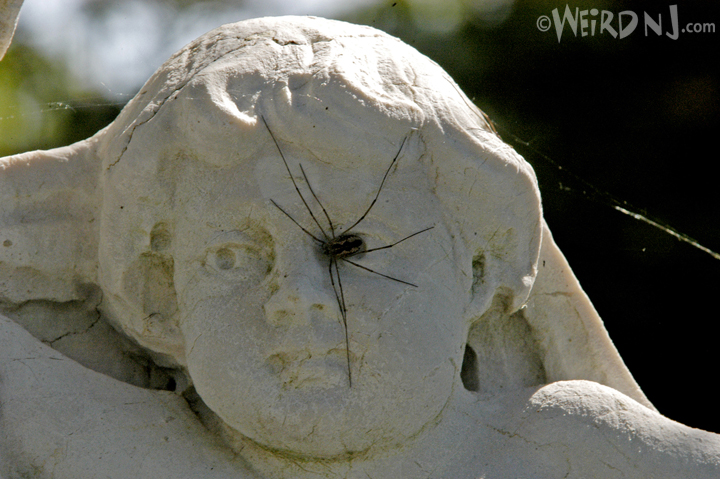 The light flashed twenty feet behind him…then fifteen…ten…five. By that point, we were all shouting for him, but whenever he looked back, there was nothing there. It was at this point we heard what sounded like a child’s scream very faintly on the wind. I turned to Joe and Rob and asked them to swear on our friendship that this wasn’t a prank. Judging by their faces, when they said no, they meant it. I wasn’t scared as much as I was intrigued. We started to walk back, very much alert, all nine of us.

Suddenly we saw something out of the corner of our eyes––the blue light. It was popping in and out along a different part of the tree line. And now it was every two seconds in very different locations, not in a straight line. It was all over the place––from a foot off the ground to 45 feet up in the air. You try and tell me that’s a firefly!

Over the years, this kind of thing has happened a lot. Georgian Court’s location, in Lakewood, is significant since it was once the summer residence of a lot of bigwigs in the early 20th century. Plenty of intrigue, plenty of paranormal, and general weird happenings. –Scott Napolitano 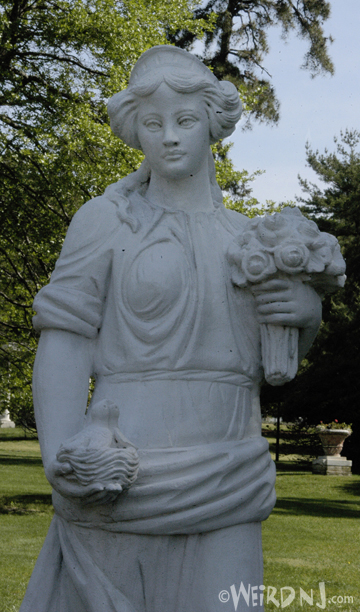 Ghosts Come Out for a Tree Lighting

I am a longtime participant of a youth organization that holds a week-long camp at Georgian Court College each year. My job at this camp is to be the DJ and A/V guy. With this job I am constantly moving the equipment around the whole campus, sometimes late at night. You always get that chilly feeling running down your back there, even when inside the buildings. I was not much of a believer in ghosts, but after what happened last year I am not so sure.

While a professional DJ was hosting a dance for the camp, one of my friends told me that some of the participants wanted to talk to me outside. I did not think much of it and went. There was a group of about 10 people that wanted to go over to a haunted tree where a woman died in the early 1900s. I was hesitant, but agreed to go. We looked it over by touching the bark and scraping at the ground, but nothing happened.

Earlier that night we held a ceremony for the kids in the field where this tree is located, but we forgot to blow out the candles that were in the field. The group decided to go over to the candles and see if anything happened. We waited there for about a minute and all of a sudden we heard a woman’s muffled scream in the woods. The freaky thing is that I heard

the same scream every year I was there, but just thought it was a cat or something. We all gasped and took a step back, but then we started to see small balls of lights in the woods. They were of all colors: blue, red, yellow, green, and pure white. We all thought of running, but we started to study the lights. We ruled out fireflies because they stay relatively close to the ground and are of a lime green-yellow color. These were of many colors and reached up to the tops of the trees.

By this time, other people came over to see what we were doing in the field (15 to 20 people were out there in total), and they immediately started to see the orbs also. We were all mesmerized. Some adventurous people walked down to the edge of the woods while I stayed back to observe. As people walked to the woods, I noticed that the orbs intensified in the general vicinity (we are talking about 30 to 50 lights in a minute’s time).

Then they would calm down, but if the same person went down again there would be no orbs, almost like whatever was causing this “knew” that person already. I finally went down to the treeline, observing the tops of the trees. As I walked down to the edge of the woods, the trees looked like there were Christmas lights on them. All of this went on for about an hour. –Ted 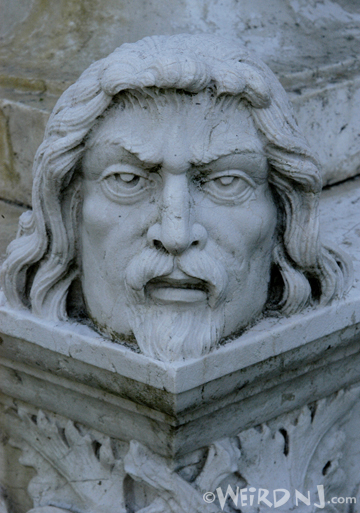 Jay Gould was one of the robber barons (really, really ridiculously rich people) of the 1920s. He owned the estate that is now Georgian Court University. Legend has it that his wife Edith had a rose garden, which was her prize possession. She would spend lots of time tending to her garden because her husband was always off on “business”… with other women. When the school was built, they ripped down her precious rose garden to make St. Joseph’s Residence Hall for the students. It is said sometimes you can smell roses in the dorm and some say they see strange footprints. On very quiet nights, especially on the third floor, you can hear things go bump in the night.

There are more strange myths and legends that live on campus with the students. A legend tells us why there are so many urns on campus. If you drive around university grounds, you will see flower urns all over. Supposedly each urn on campus was given to Edith as a gift for every time she caught her husband Jay with another mistress. I counted over a hundred on campus, and I’m sure there are more.

Another myth is that there are catacombs and tunnels underneath most of campus, built so that Mr. Gould could sneak his mistresses around undetected by the Mrs. It’s said that one leads to the Casino building (which is now the gym), another to the Mansion on campus, and other various places. Currently all the passages are sealed off so no one can be hurt underground in the tunnels. Georgian Court University offers a great education and some good ghost stories to scare the freshman. –jing0k