Leo the Lion: King of the Gillette Jungle 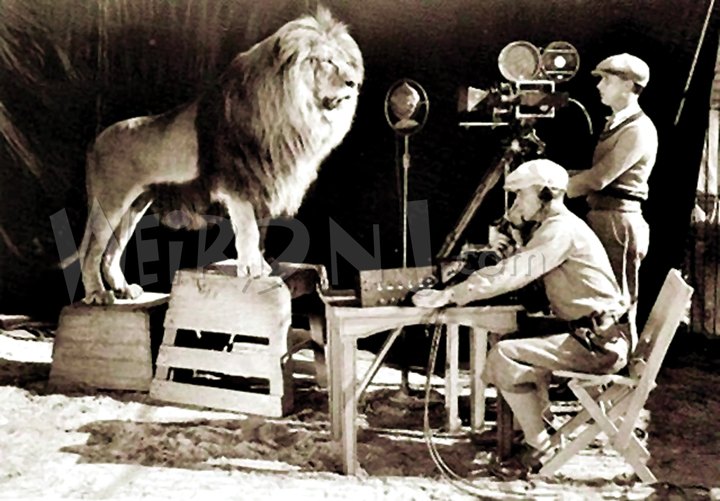 Almost anyone who has watched an MGM movie or television show has heard the roar of Leo the Lion just before the camera fades into the main event. You’d think that such a Hollywood icon would rate a burial in La La Land, but in Leo’s case, that’s not so. And thus begins the lion’s tale…

Volney Phifer was one of the first animal trainers in movie history, according to Steve McAuliff, another animal trainer who was interviewed by the Star-Ledger back in September 1991. Phifer could train lions to roar on cue, and as early as 1917 — before talkies — he trained Leo to look his fiercest for Goldwyn Studios, and then MGM. He reportedly was trained not to use a full-out roar and another lion was used in the first MGM sound movie in 1924.

As the chief, quiet, feline representativeof the movie company, Leo traveled with Phifer on promotional tours around the country, and at some point, Phifer met a musician named Eloise Page, whom he married. Eloise’s sister, Alma McCutchen, told the Star-Ledger that in 1932, the couple decided to settled down with Leo and other animals that Phifer trained on a 27-acre farm in Gillette, NJ on Morristown Road. The location, mostly surrounded by farmland, was a convenient spot in which to board animals that worked in New York City shows and circuses, and after the city passed an ordinance that prevented big cats or show animals from being boarded in Manhattan, business at Volney Phifer’s Animal Farm really picked up.

By all accounts, Leo lived a good life on the farm, but MGM loaned him to the Philadelphia Zoo, where he died in 1938 at the impressive (for a lion) age of 23. Alma McCutcheon recalled that Phifer had them send the lion’s body back to Gillette for burial.

Leo’s grave was an appropriately “L” shaped mound with a simple, unmarked stone at the top of it. It seems Phifer was aware — even in 1938 — of the potential for hijinks that a famous lion’s grave could generate. In 1991, a man named Mark Warren lived in the Phifer home and confirmed that Leo was buried “at the front corner of the house.” Phifer, he elaborated, planted a white pine on top of Leo’s grave because the roots would “Hold the evil spirits of the lion down.”

And that’s where Leo still rests. Somewhere on the property also lies the remains of Tarzan’s original Cheetah the Chimp, and we’ll bet it’s the final resting place for many other less-famous animals that lived there over the years: lions, a puma named Rebel, monkeys, chimps, seals, bears, and the usual assortment of farm animals. Poor Cheetah’s burial site on the Volney Phifer Animal Farm property has been lost to time. This former companion to Tarzan did not like his visitors: he’d scream at them, throw feces at kids, and would urinate on errant passers-by. His handlers sometimes used a straightjacket to contain his emotional outbursts. Post-stardom life must have been tough to adjust to. 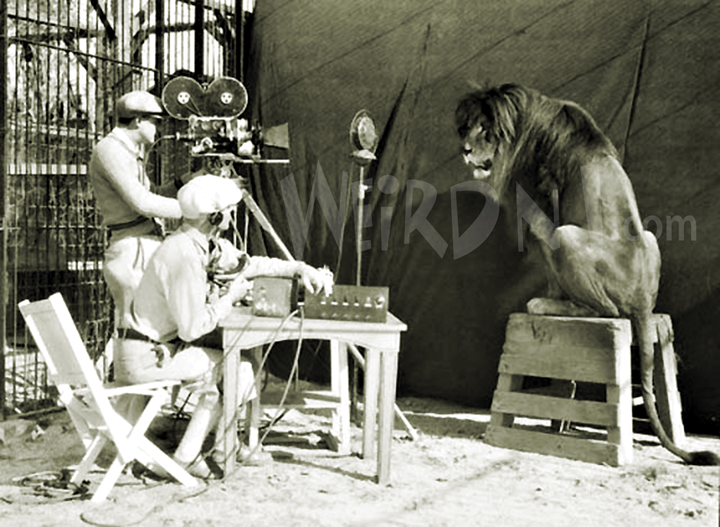 The Star-Ledger reported that “tiglons” were bred on the farm: a cross between lions and tigers that would do Napoleon Dynamite proud. The farm was also home to a baby elephant named Mignon who was allowed to live in the house. Karen Autenrieth’s family frequently visited the farm in the early 1970s, and she sent us pictures of the farm, the animals that lived on it (often interacting with people), and two Christmas cards that the Phifers sent in 1971 and 1972. The latter has an image of a very content Leo the Lion on it.

After Volney Phifer died in 1974, the remaining animals were parceled out to other farms and zoos. Eventually the farm became the property of his sister-in-law Alma, and by the time 1991 rolled around, there wasn’t much left: “Just a few broken cages and the gravesite of Leo the Lion,” according to the Star-Ledger.Locals, who reportedly weren’t always enthusiastic about the farm while it was operating, became nostalgic and nervous about the fate of the land and Leo’s gravesite, given how quickly open space in New Jersey can become condos. Their concerns were made more widely known in 1994, when Alma put the property up for sale. The New York Times, People magazine, and the Eyewitness News ran stories on Leo and effort to memorialize him and save the property from development.

People spoke with Joe DuPont –– at the time the president of the local Chamber of Commerce ––  who called Leo, “One of the most famous animals that ever lived.” He was part of a group who wanted raise $275,000 to create a memorial for the lion, but MGM wouldn’t chip in. An offer by the Rutgers Archeology Department to move Leo to another spot in town was turned down.

The property was sold, and numerous sources indicate that the Leo’s gravestone was removed in 1996.

The former Phifer property in Gillette.

Karen Autenrieth visited the property in December 2008 and took a few pictures from the road. The house where Mignon the Elephant once lived was boarded up, but Leo’s tree was still there — now gigantic in the 70 years since it was planted — and still doing the job of keeping Leo’s “evil spirits” in check, even if his grave is anonymous.

Oddly enough, there is some debate as to whether the whole Leo made it back to Gillette. Roadside America reports that the McPherson, Kansas town museum claims to have the skin of the “first” Leo and says that the lion buried in New Jersey is a different MGM lion named “Slats.” The Find-A-Grave Web site listing for “Slats” says that after he died in Philadelphia in 1938 — same year as Leo — he was skinned and his remains were split between Kansas and New Jersey. So Leo/Slats could be the same, or two different lions, though Karen Nowak Autenrieth, whose family visited the farm often in the 1970s, does not recall the Phifers ever referring to Leo as “Slats.” 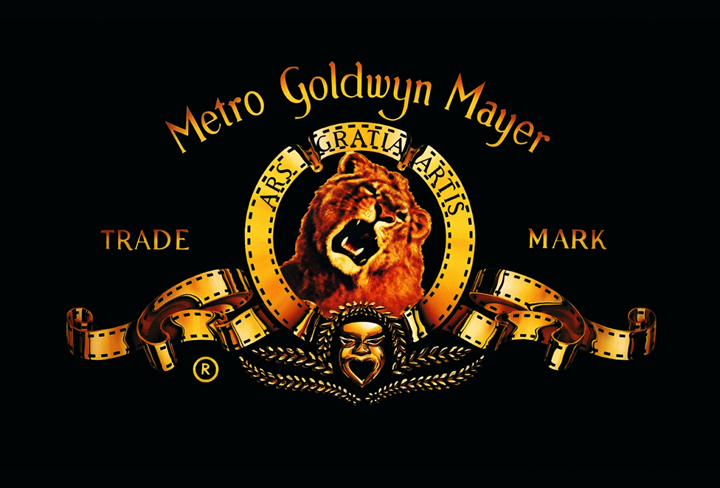