One of the great lost passageways of New Jersey, this tunnel stretches from its western entrance beneath the Fairview Cemetery in Fairview (Bergen County) to its eastern opening at the foot of the Palisades in Edgewater. This was at one time the railway for the New York, Susquehanna and Western Railroad Company around 1892, and was used to get coal from Pennsylvania to the Hudson River waterfront coal docks. The yards shut down in the late 60’s and the tunnel has been unused and abandoned ever since.

Ah, but what stories such a dark and forlorn passage can inspire! Here are just a few of the many tales that our readers have brought back with them from its shadowy recesses. 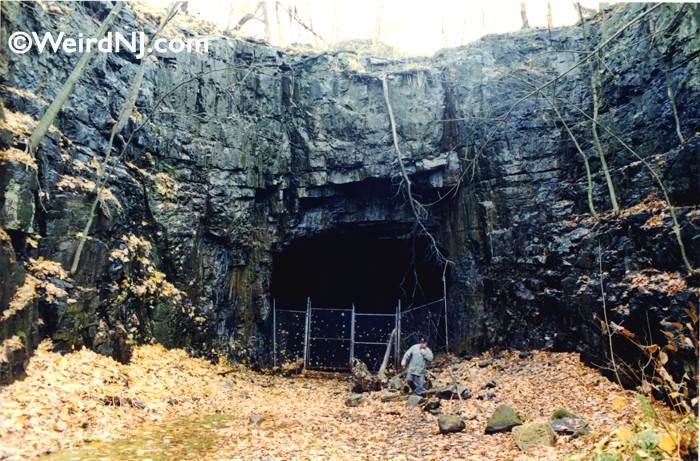 Death on the Fairview-Edgewater Express

One weird area I explored first hand is an abandoned rail line that goes right into one of the cemeteries of Fairview. This line slams right dead into the cemetery, then goes right under it into a tunnel! This tunnel has been abandoned since about the 1960’s, after a little girl was supposedly hit by a train blazing out of the tunnel. It is said that her body was not noticed by the engineer until he reached Pennsylvania. –Dan Lopez

There is an old train tunnel that runs from the Hudson River, underground to Fairview. It’s about three miles long, and it’s dark and really freaky. From time to time a pack of wild dogs roams through the tunnels, so be prepared!  –Rev. Tom Moan

Down Deeper than the Dead

The Edgewater Tunnel’s claim to fame is that it is the only railroad in the United States that was built under a cemetery.  –Charles Smith 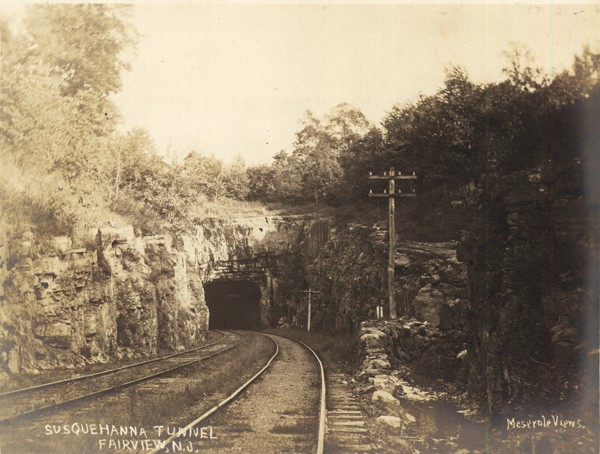 The Hole Story on the Fairview Tunnel

I grew up, and still live in Fairview, just about 1000 feet from the Fairview portal, and this tunnel has always held a special place for me. As kids we used to go down there to cool off in the summer, as the air was very cool from the rock walls, which were about 200 feet underground.

It is just under one mile in length, making it the longest railroad tunnel on the New Jersey side of the Hudson. It was even used as an atomic bomb shelter during the cold war. I was fortunate enough to actually walk through it while the tracks were being pulled up. Some of the stories people tell of this tunnel are incorrect, as no one was ever hit by a train coming out of it. In fact, the train used to crawl going in and out of the tunnel, as the tracks were always wet due to poor drainage, and were in bad shape back then.

There is a center air portal, which is really cool to see from the inside looking out. While doing research on the tunnel years ago (I belong to the NYS&W Historical Society) I discovered that there are in fact three air shafts, all made during construction, but they were all filled in after opening. Then due to excessive smoke from the coal-burning steam locos, they opened one up for air. Now, Fairview is a very congested town, so two poor homeowners, probably unbeknownst to them, live above a 100-plus-year-old, 200-foot-deep shaft!

My friends and I once walked through the tunnel when we were about 12, with makeshift torches. As it was always flooded down there, especially on the Edgewater side, we had to walk along a four-foot wide metal pipe placed off to one side. I still remember feeling scared, creeping along behind my friends, wondering if I would fall into the dark, if a train would enter while we were in there, or if the bats would get us! Well, we made it, there was no train, and we never saw any bats either. The way back was even scarier since our torches went out and my friends decided to walk the tunnel anyway. So we walked it IN THE DARK! I really can recall seeing the light at the far end getting closer, and wishing it would come sooner! Back then some rock was coming down in spots, and some areas of brick too had fallen. That would have surely killed us. 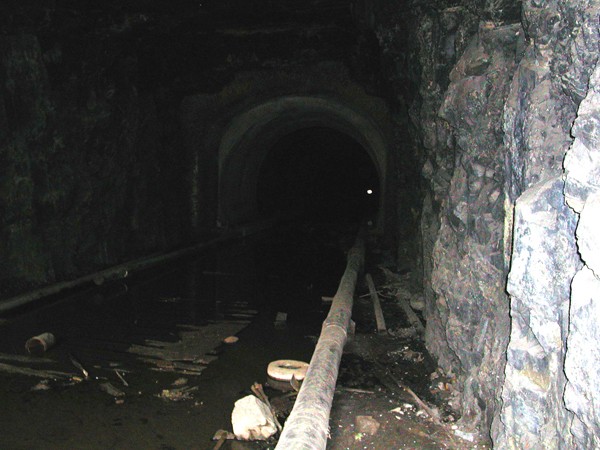 The last time I walked it was when an outside company was removing the track for the railroad. The state has discussed for years putting light rail on the branch for commuter

service, and I’m sure it will happen, as it is too valuable to let it go to waste. There was even talk of the state using it for truck traffic.

It really was a fun, quiet place for us kids to hang out and explore, and really beautiful, with wild ferns all around the rock and a stream running gently nearby. It never was a “bad” area as some people have suggested. It’s sad to see the chain link fences up at both ends now. I actually pondered driving through it with a Jeep, but I guess that wouldn’t happen now. –Kenneth Accomando