It was on this day, August 12th, in 1967 that a piece of enduring Rock and Roll lore took place in Asbury Park, NJ. It was just after the Who performed at Convention Hall on their first U.S. tour opening for the band Herman’s Hermits. After the requisite instrument smashing ritual that usually closed their performances, the story goes that madman drummer Keith Moon jumped off the back of the building into the ocean in an attempt to evade throngs of adoring fans that had swarmed the stage. 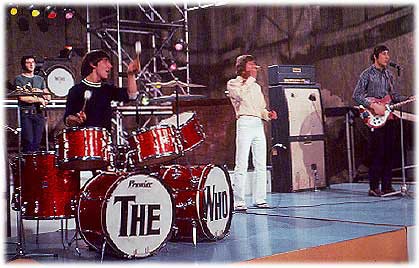 What happens next is a little factually fuzzy and as with any good legend, there are many variations on the tale. One story states that Herman’s Hermits singer Peter Noone supposedly pulled Moon out of the surf because he couldn’t swim and got hurt while diving in. Noone, however, tells a different version of the story (though almost certainly with tongue firmly planted in cheek).

“I always wanted to be the drummer in the Who,” Noone stated in one interview, “so I took him swimming off the pier at Asbury Park and told him to swim under the pier at high tide. He made it. I carried on with the Hermits.”

A more exaggerated version of the myth states that while everyone was looking for Moon in the crashing waves, fearing he’d drowned, Keith stealthilly swam a few hundred yards up the coast then exited the water. He then walked back to his hotel room at the Berkeley Carteret, where he happily engaged in his favorite on tour pastimes: drinking heavily, abusing drugs, and dropping high explosives into the hotel toilets. 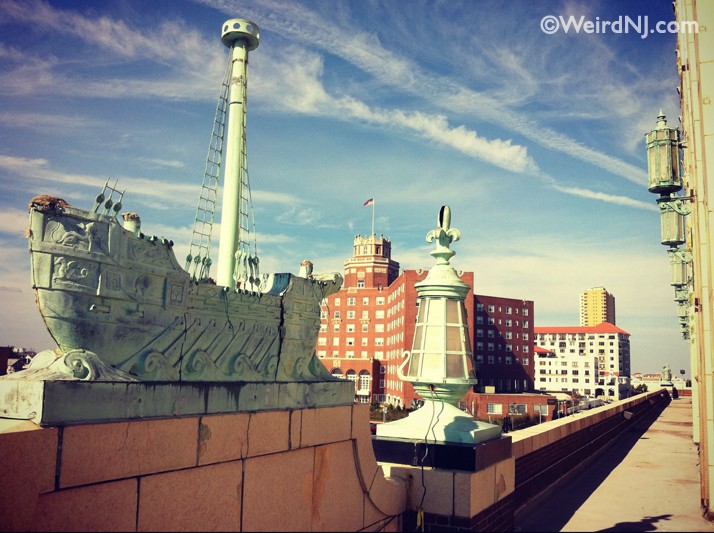 View from the roof of Convention Hall with the Berkeley Carteret Hotel in the background.

Antics like these earned him the nicknames “Moon the Loon” and “Mad Moon” and he cultivated the self-destructive persona publicity right up until the time of his death eleven years later at the age of 32.

While this anecdote of music lore might not be as infamous as Led Zeppelin’s notorious “mud shark incident,” it does hold a place in the annals of legendary Rock and Roll escapades, and it happen right here in Weird NJ on this day 45 years ago. 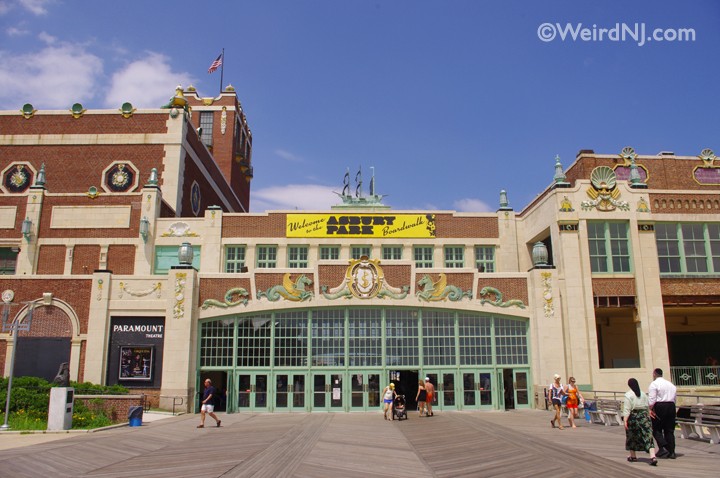