The Cult of Mysterious “Monk’s Castle” 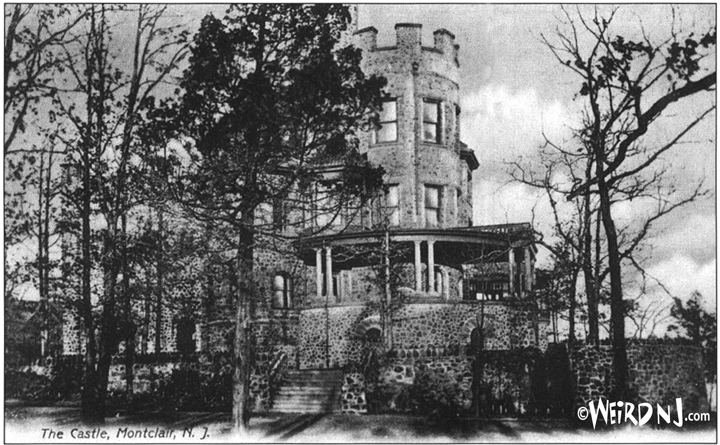 Fleeing the Cult at Monk’s Castle

Growing up I heard stories about monks, cults, or even vampires, living in Kip’s Castle. When I was a junior in high school, 6 of us girls drove up to Kip’s in a Datsun. As we approached the castle, a man who was walking like a zombie stopped our car and asked us what we were doing. We told him we were lost and couldn’t find Bloomfield Ave. and we lived in Montclair. That was stupid because EVERYONE who lives in Montclair knows where Bloomfield Ave is! He went to grab the door handle and we took off up the hill. There was nowhere to turn around, so we drove up the castle driveway. As we were turning around, without power steering, about 60 people came out of the castle, all walking the same way the man down the hill was. It was like Night of the Living Dead! There were kids, men, and women all dressed in black cloaks. It was the scariest thing I have ever experienced. –Barbara Haug

Bhagwan Shree Rajneesh and the Mysterious Cult of “Monks Castle”

Located on the ridge of the First Mountain in Montclair is the Klasztor Salvatorian Fathers Monastery. This is an actual monastery, where a cloistered order of priests live, pray, hear confessions. Their home however is NOT the building which has come to be know in local

legend as “Monk’s Castle.” Right next door to the monastery, sharing the same scenic vista of New York City and all points east, is a 15-acre piece of property known as the Kip estate. Straddling the border of Montclair and Verona, perched on the highest point of the estate (665 feet), is an authentic Rhineland-style castle. Built for Frederick Kip, a textile industry magnate, and his wife Charlotte, the home was originally known as “Kipsburg,” or simply “The Castle.” It was transported stone by stone to this country via ship from Europe in 1902, and is replete with the original stained glass windows, oak paneled rooms, hand-carved banisters, and a small chapel with a cathedral ceiling and a mahogany mantlepiece. Upon completion of the 30-room mansion in 1905, Kip’s Castle lay entirely within the town of Montclair. Due to a subsequent realignment of town borders though, the western portion of the building and estate is now located in Verona. 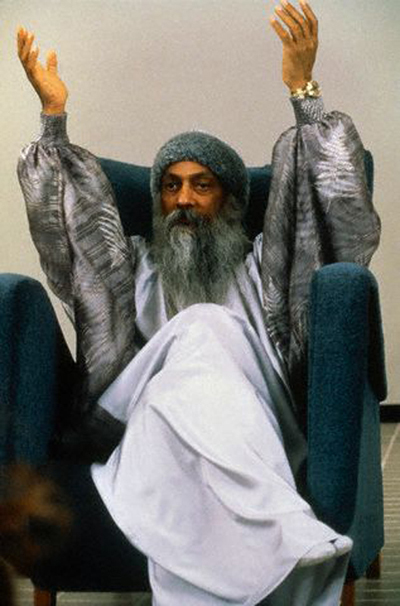 In late 1980 the entire Kip estate was purchased by Bhagwan Shree Rajneesh, an Indian swami who had recently wriggled his way out of tax evasion charges abroad, and into this country under the pretense of a medical visa to nurse his allegedly ailing back. In India, the 49-year-old guru’s ashram at Poona had expanded from its original seven members in 1974 to over 10,000 disciples. This was only one of 400 centers world-wide, which had amassed a total of 200,000 followers.

The Bhagwan (which means “God”), a self-proclaimed “rich man’s guru,” had accepted the worldly goods of his faithful (known as Sannyasins or Rajneeshees) to the tune of several million dollars. Believing that their surrender to Bhagwan must be total, followers would give up their belongings, past, and even their names. Before joining the cult, most of the Rajneesh faithful had been well educated, middle class citizens of the United States and Europe. One such devotee was Shannon Jo Ryan, daughter of U.S, Representative Leo J. Ryan, who was slain by Jim Jones’ henchmen while investigating the Jonestown Guyana cult in 1978.

In 1981 Bhagwan had his sights set on the United States as his next game board. He had once said, “The seed will be planted in England, and will flower in America.” He landed at J.F.K. Airport in June and was whisked away to his new hilltop retreat by limousine. To announce his arrival he placed ads in Time magazine preaching spirituality through sex. “SEX,” one of the ads proclaimed in a bold headline, “Never Repress It! Search all of the nooks and corners of your sexuality. It will be more fun.” 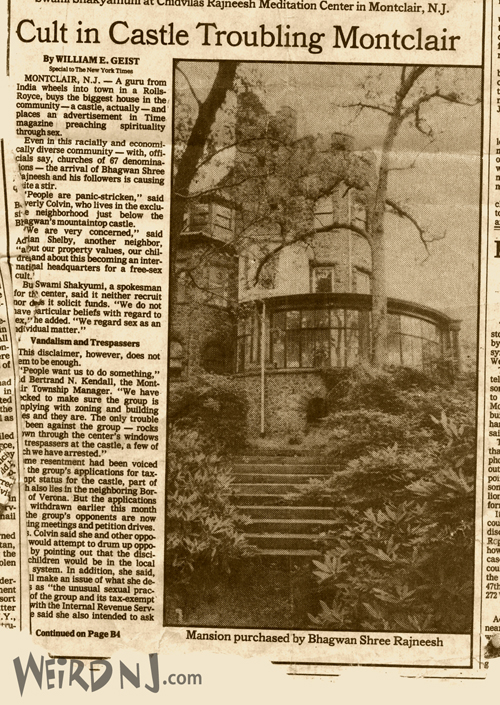 Rumors of a “Sex and Drugs” cult soon began to fly around Montclair, where followers began pouring in from London and Bombay, grabbing up any available living quarters they could find in order to be nearer to their spiritual master. One Montclair resident described the reaction of the community as “panic stricken” in a New York Times article about the Rajneeshees, which ran under the headline “Guru’s Cult in Castle Troubles Montclair.” “We are very concerned,” another neighbor told the Times, “about our property values, our children and about this becoming an international headquarters for a free-sex cult.” 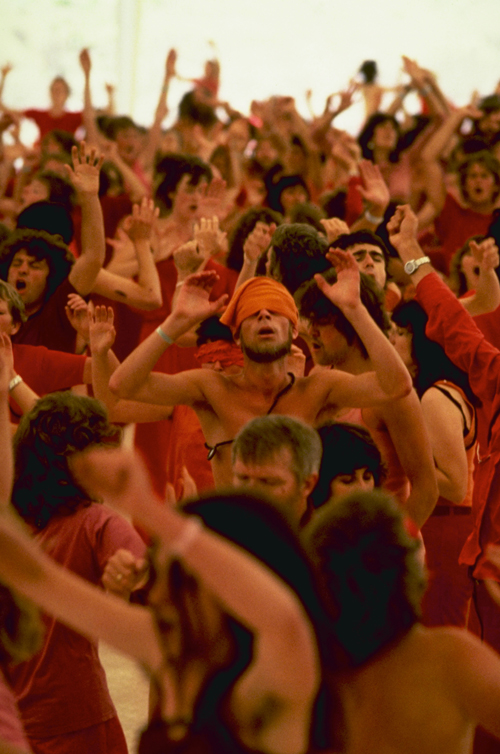 Nervous locals spread stories of red and orange dye (the colors worn at all times by the Rajneeshees) being planted in the coin-op washing machines at local laundromats.

Bhagwan’s personal secretary and chief administrator of his far-flung empire was Ma Anand Sheela (formerly Sheela Silverman) 36, who convinced him to buy the castle after falling in love with the area during her 13 years of study at Montclair State College. The castle’s new owners promptly covered the walls with sheet rock, the floors with linoleum, and smashed the stained glass windows to keep any of the Sannyasins from becoming too attached to the house’s materialistic trappings. Bhagwan, meanwhile, kept himself occupied by teaching himself to drive on the backroads of Montclair in one of his 83 Rolls Royces.

By the end of the Summer of 1981, Rajneesh was in the process of moving on to greener pastures, and some very wide open spaces. With six million dollars of the profits generated through the sale of books and tapes of his teachings, distributed through his Montclair center, Bhagwan purchased a 64,228-acre ranch in Wasco County, Oregon. Plans were under way for a massive new commune to be centered at Rancho Rajneesh. Before long the 100 square-mile settlement known as Rajneeshpurum boasted its own airport, shopping mall, restaurant chain, beauty salons, police force, discos and Bhagwan-made lake. 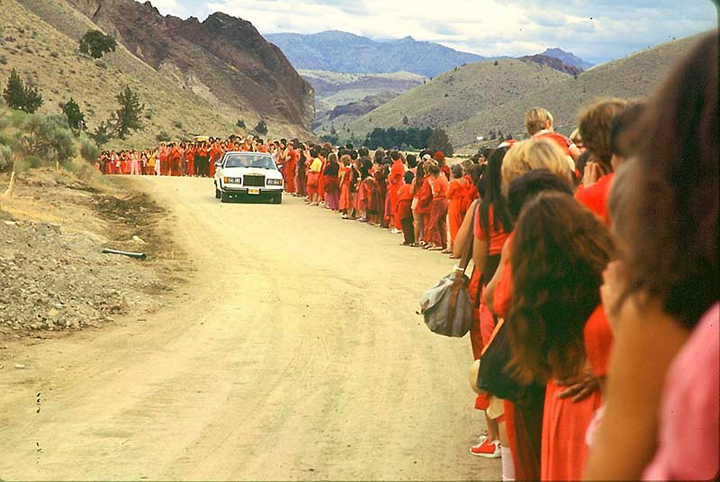 Each day legions of the Bhagwan faithful would line the red gravel paved roads to catch a glimpse of their leader during his daily drive to one of the tiny neighboring towns of Wasco County. One such town, the minute hamlet of Antelope, was soon incorporated into the City of Rajneesh when its newest residents, far out numbering the local citizenry, elected Rajneeshees to six of the seven town counsel seats.

A slew of legal battles were soon under way as Bhagwan’s number two in command, Sheela, was brought up on charges including burning down the Wasco County planning office, trying to infect the food of non-Bhagwan eating establishments with Salmonella bacteria, and attempting to poison several local officials. She fled the country (allegedly with 40 million dollars of the Bhagwan’s money) and was arrested in West Germany, where she was extradited to the United States to stand trial for the attempted murder of Rajneesh’s personal physician. At this time the cult gained national notoriety when it was featured on CBS’s 60 Minutes television program.

Meanwhile Bhagwan, now continually surrounded by a heavily armed security force, was under investigation by the Immigration Department and the Attorney General’s office. He was arrested in 1985 in Charlotte, NC, while en route to Bermuda, and charged with 35 counts of felony immigration violation, and unlawful flight to avoid prosecution. Ma Anand Sheela was found guilty of attempted murder, assault, arson, and wire tapping, and was sentenced to 20 years in federal prison, of which she served four-and-a-half. Bhagwan pleaded guilty to two counts of immigration violations and received a 10-year suspended sentence, a $400,000 fine, and five years of probation to be served outside of the United States.

After being denied permission to settle in Greece, Great Britain, The West Indies, Fiji, Spain, Uruguay, and most other countries, Bhagwan returned to his native India. He died there of heart failure a few years later, before his exile from the United States had ended. The City of Rajneesh, Oregon has once again become Antelope, after it was determined by the state that its incorporation was an unconstitutional marriage of church and state. 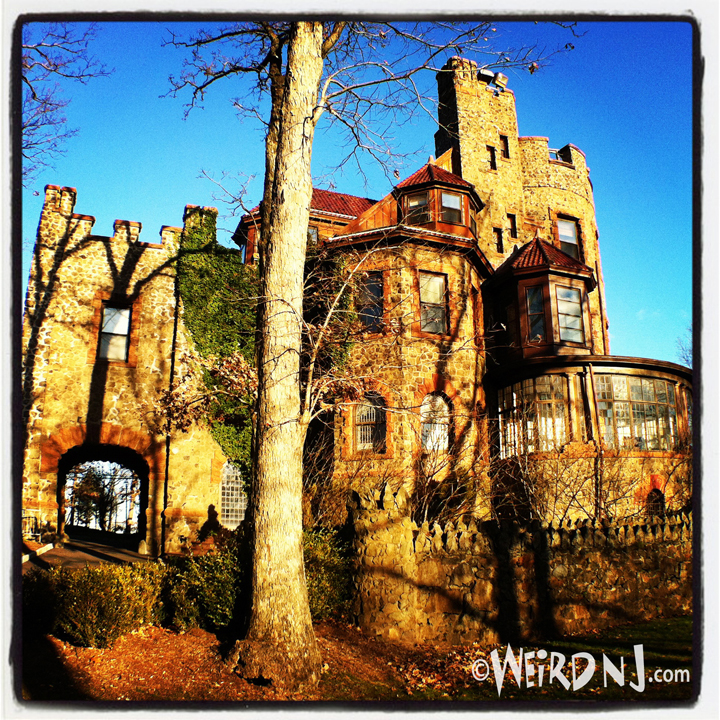 Kip’s Castle and grounds fell into a state of dilapidation until a law firm purchased the property in 1985. Up until 2005 a considerable amount of work was done to restore the Castle to its original grandeur. In the early 2000s, The law firm wanted to develop townhouses on the property; however, found itself in various legal complications and lawsuits with Verona, and in 2006, the property was placed on the market. As a result of grants from the NJ Green Acres Program and the Essex County Recreation and Open Space Trust Fund, the County of Essex purchased Kip’s Castle in March 2007. The property is now part of the historic Essex County Park System.

Next door, the Salvatorian Monks still occupy the monastery, taking confession from visitors and maintaining their piously low profile. Sometimes we wonder if they ever miss their old spiritual “sex and drugs” neighbors, who for a brief time 36 years ago focused the eyes of the nation on the strange goings-on at mysterious Monk’s Castle. 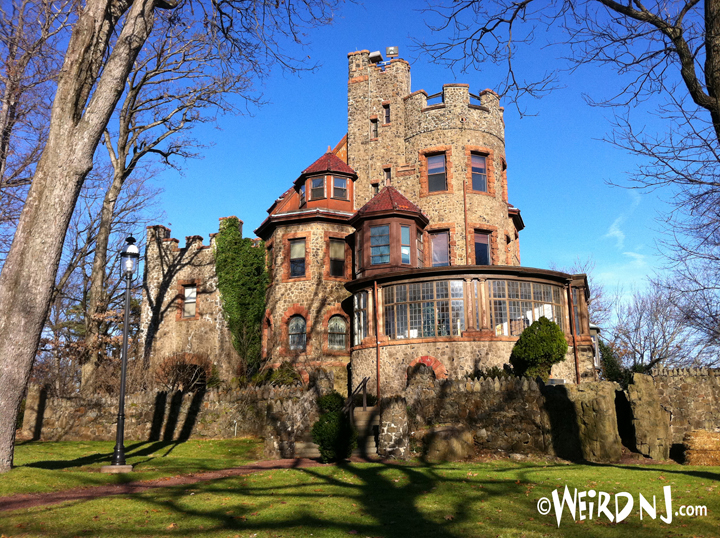