In the town of Lakewood, Ocean County, stands a tree which is famous in local lore known as the “JL Tree.” Its tragic tale tells of the violent death of a young local lad and the tree that has immortalized his initials. Weird NJ readers share their stories… 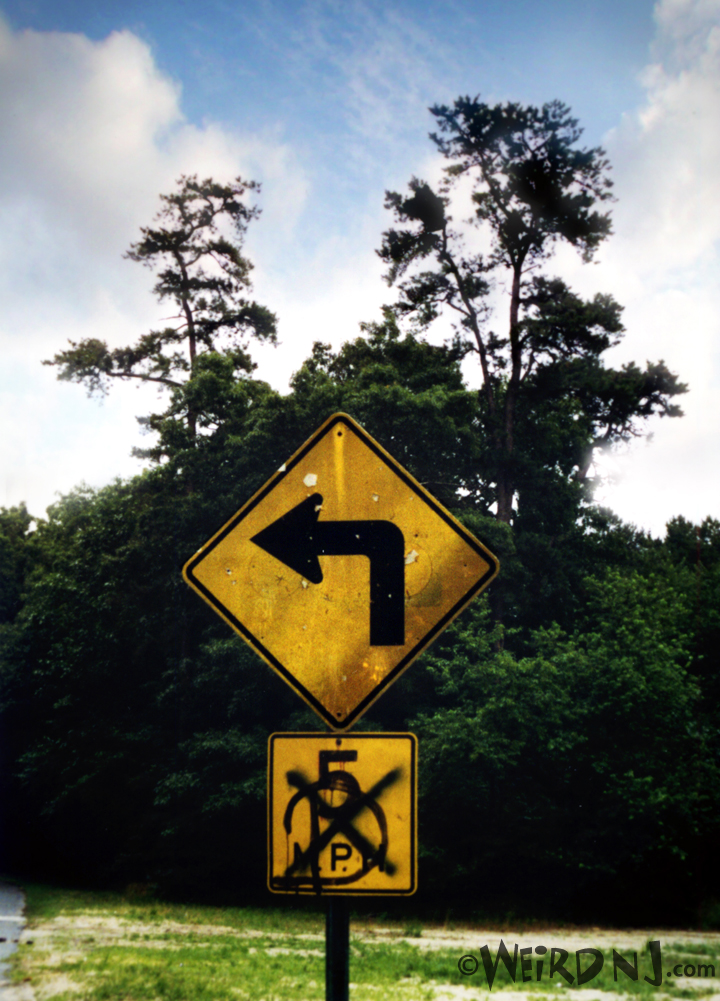 Jimmy’s Story is “True and Documented”

The Jimmy Lynch tree story goes back to the seventies, and THIS IS A TRUE AND DOCUMENTED STORY!  Jimmy Lynch was a local high school student and he was in the park one October night when he was confronted by four youths (supposedly members of a local gang known to us as the Gods). These gangs also hung out in the park.  They had made fun of Jimmy in school, and when they found him in the park, they stabbed him until they thought he was dead and left him at the base of this tree.

The next morning his neighbors found him there dead.  His girlfriend later carved his initials in the tree and as the story goes, over the next few years the branches at the top of the tree grew into the shape of the letters J and L.  It is plainly visible and CANNOT be mistaken as anything else but J L. Over the last few years requests have been made to cut the tree down because of teenagers and the Satanic cults said to frequent the site, but the town has left it (as a kind of memorial I guess).

If you ask old-timers around here if they remember Jimmy Lynch from the 70s, they will tell you the story.  I went to Lakewood High School and mostly all the teachers have been there since the 60s.  If you ask if they knew Jimmy Lynch most will become very uneasy and tell you it is only folklore.

If anyone is interested they can look in the Lakewood public library and find newspaper clippings on the story.  Also, Jimmy is buried in the cemetery at the end of Spruce Street, by Spruce Street School.  –J220king

Not Murder, But a Tragic Accident

I was there the night Jimmy Lynch died.  I was at the party and I was at the scene of the accident. We all left the party to go hang at the Lake, my friend Beth drove Jimmy and his little brother. They went speeding around North Lake Drive because Beth wanted to stop at her house for something.  They never made it to her house, one block away she went off the road and down a ravine, hitting a few trees on the way.

Jimmy’s little brother was thrown clear but still hurt.  Beth was critical for days, but Jimmy died at the scene. When they did not show at South Lake, I took a drive to North Lake because I knew where she lived.  That’s when I saw the lights and investigated and found the car.  The ambulance was just pulling away from the scene. I went back to South Lake, told everyone what I saw. We did not know who was hurt at this time, but a fireman told me someone had died.  –Charles Quinn

The road that the JL Tree is on is off of East County Line Road. There used to be a park on the corner, but it was leveled years ago. If you drive down the road you have to look at the trees right before the left into the municipal garage. For some reason the initials “JL” seem to grow up and over the rest of the other trees. I’ve also known people to actually drive up to the base of the tree and their car stalled. The initials are still carved into the tree, and people have claimed to see a shadowy figure in a hooded sweatshirt walking around the area of the former park. –Brianne D.