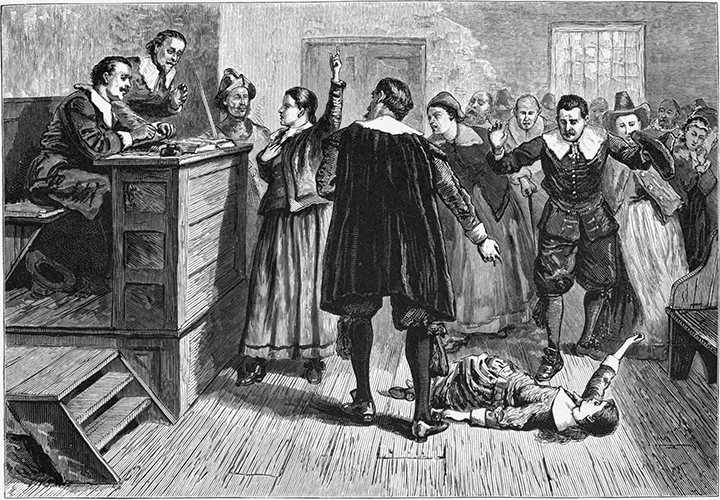 While most people are familiar with the story of the infamous witch trials that took place in Salem, Massachusetts in 1692 and 1693, less well known are the legends told in the Mount Holly, NJ area of women being tried for witchcraft in that town in 1730. The story may stem from an article that appeared on October 22, 1730 in the Pennsylvania Gazette, which allegedly chronicled a recent witch trial that taken place in Mount Holly.  The article explained in depth both the reasons those accused were suspected of practicing witchcraft as well as the actions undertaken to determine if they were truly tapping into dark powers.

According to the Gazette, locals began fearing the worst when their animals began acting strangely.  “…the Accused had been charged with making their Neighbours Sheep dance in an uncommon Manner, and with causing Hogs to speak and sing Psalms.” The ability to control the actions of animals had long been considered a surefire sign of witchery, and the citizens of Mount Holly would not stand for it.  They rounded up those they held responsible, one witch and one wizard, and proceeded to test their innocence.  A  rowdy mob of 300 townsfolk forced a man and woman to undergo trials.  To validate the results, two members of the rabble also underwent these tests as a sort of litmus to prove their fairness. 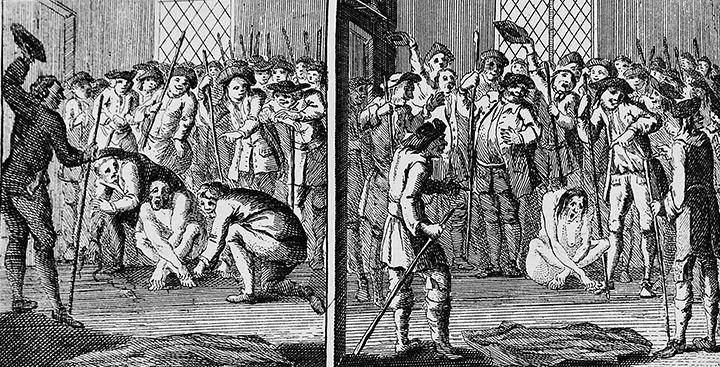 First, the accused were weighed against copies of the Bible, which were placed on a gallows constructed near the Courthouse specifically for this trial.  It was believed that anyone who gave in to such dark tendencies would be lighter than a weighty copy of the Good Book.  All four people were tested, and all four weighed more than the Bible.  The crowd didn’t

give up there – they proceeded to a local mill pond where the real scientific testing began. All of those undergoing scrutiny were stripped down.  They were checked to make sure they weren’t hiding any heavy objects on their bodies. Then their hands and feet were bound with rope and they were placed into the pond.  It was thought that anyone who was a witch would float on the surface of the water, while an innocent would sink to the bottom.  Only one man, a  member of the mob, sank.  Both individuals accused of witchcraft, as well as the female accuser, floated on the surface of the water. This baffled and discontented the crowd. The woman proclaimed that she must have been cursed by the witches. 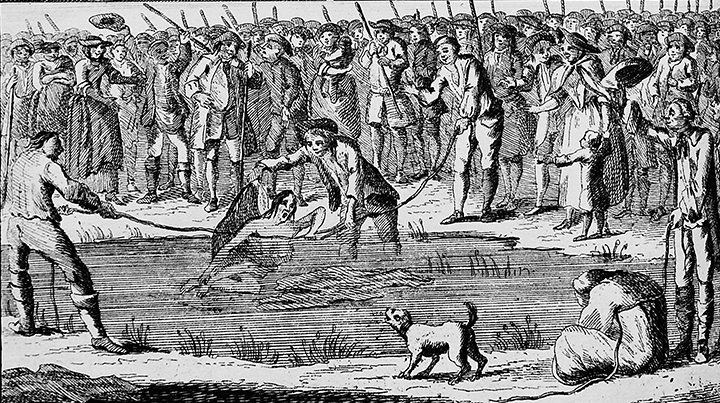 The article ends ambiguously, without telling of any final decisions made or actions taken regarding the guilt or innocence of those accused. 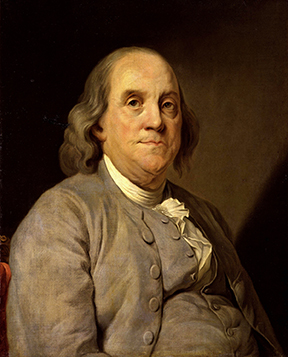 Since the publication of the article, many have speculated that it was merely a joke.  This seems to be based merely on the fact that a young, well known prankster named Benjamin Franklin wrote the piece.  According to those who doubt the validity of the article, it was a way for Franklin, an enlightened thinker of his day, to poke fun at folk beliefs which still persisted, as well as to have a joke at the expense of Burlington County residents, whom Philadelphians saw as rustic, rural yokels. It may be too convenient to just dismiss the published accounts of witch trials in New Jersey as a joke though.  After all, they allegedly took place a mere forty years after the infamous Salem Witch Trials in which twenty innocent men and women were tortured and brutally executed in the name of superstitious beliefs.  In reality, there is evidence that these events may have indeed occurred.

witches and their persecution still persist in Mount Holly today at sites like the Holy Holy Altar on the Mount and the nearby Witch’s Well.  Are these modern legends of witch trials merely a lingering vestige of a hoax perpetrated by Ben Franklin in 1730?  Or are we assuming too much when we attribute these stories to a presumably bogus article? Perhaps it was an honest to God account of events and actions which occurred that are still inspiring stories and rumors on the Mount to this day.