The Parkway Phantom of Exit 82 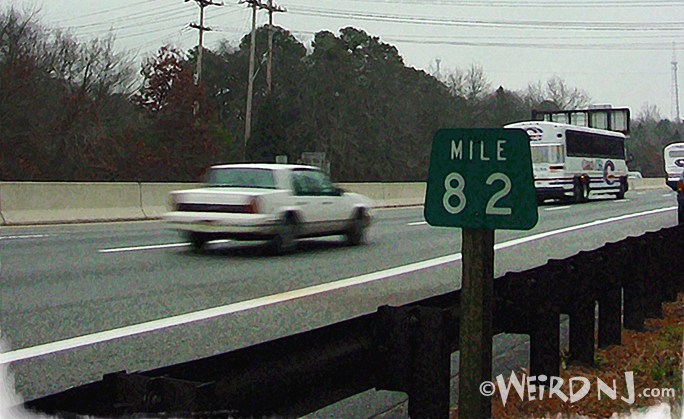 Perhaps it’s apropos that in our fast moving, highly mobile state, many of our most notable ghosts are seen hanging out at the side of the road, where it is said that they met their untimely demise. These roadside apparitions have been witnessed by countless motorists over the course of several generations. They seem to be content to wander their own

stretch of paranormal pavement year in and year out, eternally reenacting their final living moments here on this Earth.

So could a road as legendary as New Jersey’s famed Garden State Parkway not have a highway haunting associated with it? No way! Unexplainable encounters and close calls around Exit 82 at Route 37 in Toms River are attributed locally to the “Parkway Phantom.” Ever since the completion of the Parkway in 1955, people have reported seeing a person trying to cross the road, waving his arms. This Phantom appears only at night and only around an eight-mile stretch in the vicinity of Toms River Barracks of the New Jersey State Police. The apparition is described as being very tall with a long topcoat belted at the waist. The strangest thing about this apparition is the way he waves his arms, which is synchronously, both bending from the elbow. It has been described as looking like a strange football cheer. Although the State Police are reluctant to comment, a former state trooper admitted that that section of the highway has seen more than its fair share of auto accidents.

Weird NJ readers share their stories of the Parkway Phantom… 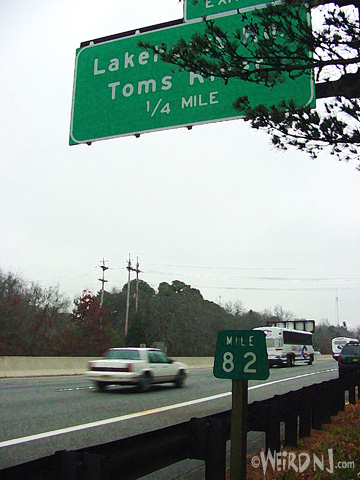 Trying to Get Saved in Toms River

We all work as paramedics in Ocean County, and we see a lot of fatal accidents. About five years ago, on a rainy night along the spot on the GSP where it is also US 9, there was a guy whose car broke down on the curve. He pulled off to the side and began to walk along the shoulder when a driver hit him, throwing him into the woods and killing him.

When the paramedics got there they knew someone had been hit, but due to the darkness and rain they could not find him. They finally did and tried to revive him, but it was too late. Several weeks later the same medic crew was coming back from Kimball Medical Center in Lakewood, heading toward Toms River, when they saw someone on the side of the road waving them down. By the time they were able to pull over and back up to the spot the man was gone, but they noticed it was in the same spot where the man was hit only weeks before. They just blew off the event until another crew reported a similar event in the same area. To date about three teams have seen this. –SeanEms17 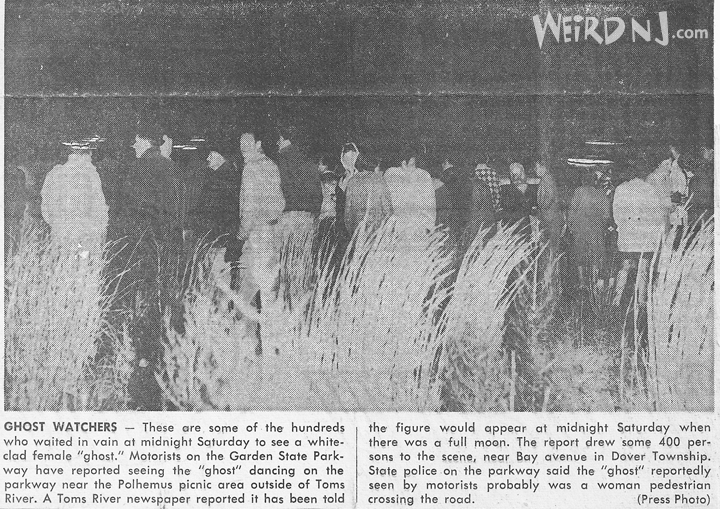 The Parkway Phantom Way Back When

Here’s a little news coverage from ’59 or ’60 of a ghost hunt on the Garden State Parkway near Toms River. Rumor had it that a naked female ghost was seen floating over the Parkway––who could resist that? Quite a crowd showed up, along with the police. No ghost, or even a naked woman, was seen, but one enterprising youth thought it would be a good idea to put on a sheet and scare a cop. It wasn’t a good idea… –Gary Fitton

You can read more about this ghost and all of New Jersey’s other haunted highways in Weird NJ magazine, “Your Travel Guide to New Jersey’s Local Legends and Best Kept Secrets,” which can be found on newsstands throughout the state and on online at www.WeirdNJ.com.