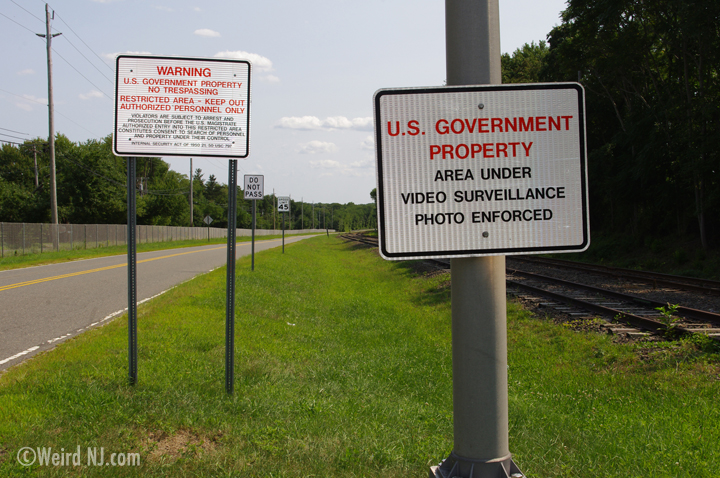 Imagine it’s rush hour and you’re trapped in the bumper-to-bumper traffic hell that is Middletown. The grim procession of cars ahead of you lurches forward inch by inch in a herky-jerky crawl as pedestrian out pace you on the sidewalk. As you grind to a dead halt once more at an intersection you look to your left and then your right. There, laid out before you is a seemingly endless stretch of highway––without a single car on it! How could this be? You ask yourself as you crane your neck to gaze down its length in either direction. It spreads out as far as the eye can see to the north and to the south, car free, like an unbroken asphalt pathway to the promise land.

The ribbon of highway seems to lead in the general direction you want to go, though going anywhere seems better to you at that point than standing still where you are. So, you wonder, why aren’t any of the other drivers deviating from their present course and blazing a trail down this untraveled road? Have you just discovered New Jersey’s best-kept secret for avoiding the daily snarl of rush hour traffic? It is then that you notice a small sign posted at the entrance to this enticing escape route warning motorist and even pedestrian against venturing down this forbidden path. Still, you reason, what could the harm be? It’s just a little shortcut, maybe one that will cost you a minor traffic ticket, right? The temptation within you mounts as the other drivers around you begin to boil with frustration, banging at their car horns like angry caged primates. Should I go for it, you ask yourself, do I dare? DON’T DO IT, FRIEND!

Many roads in New Jersey could rightfully be considered treacherous. On some, drivers encounter traffic patterns organized in the most dangerous and inexplicable ways. Others are legendary for aggressive, unapologetic driving. As any Weird NJ reader knows, still others are treacherous for different reasons––they are the home of ghosts, strange unearthly creatures, and other things that go bump in the night.

But there is one New Jersey road that is arguably the most fraught will peril, and the least traveled of them all––Monmouth County’s Normandy Road. On the surface, Normandy Road is a peaceful wooded street with no traffic to contend with. In fact, it sees more animals crossing it each day than cars traveling on it. But those who dare drive on this road meet up with something far more frightening than bad traffic and rage-filled drivers. Drivers who travel down Normandy Road are set upon by the United States Military.

Beginning its journey at Naval Weapons Station Earle inthe sandy, piney wilds of the county, Normandy Road’s two lanes wind their way northeastthrough a peaceful rural setting at first. It then meanders undisturbed through fifteen miles of increasingly more congested suburban real estate on its way to the other Earle base in Middletown, occasionally crossing local traffic-choked arteries likeRoutes 520 and 35. Its vast car-less expanse seems to mock stagnant motorist whenever the byway has a chance encounter with another street, gliding beneath overpasses at the Parkway and Route 18. The road is completely off limits to civilians and is reserved exclusively for use by the military. But with dozens of unguarded entrances, the thing that makes Normandy seem so inviting is the fact that it is so accessible, yet so forbidden. 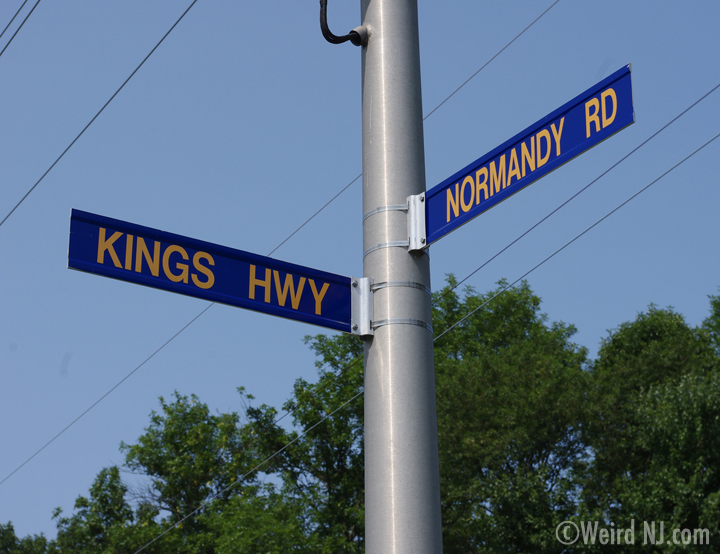 Naval Weapons Station Earle is a 10,000-acre area that on one end borders Colts Neck, Tinton Falls, and Howell. Normandy Road connects it to its other end, a three mile long pier at Sandy Hook, where Navy ships unload weapons or are outfitted with them. Half of the Navy’s weaponry on the East Coast is stored in over 240 storage units on this land. There are also many rumors that a large number of nuclear weapons are stored here. While this information is classified, some experts have theorized that at one point, over 100 nuclear devices were located in these woods in the heart of Monmouth County. It’s thought that most of them were removed by the early 1990s, but no official word has been offered on the matter one way or the other. Because of the weapons stored here, the area is highly guarded, and Normandy Road is off limits to unauthorized motorists.

A number of armed sentries regularly patrol Normandy Road, making their way through the woods, over a number of one lane bridges, patrolling both the road and the railroad that runs alongside it. On average, they catch one person a week who has attempted to use the road as a shortcut. Those motorists are set upon by armed military personnel and removed from the thoroughfare. Their punishment doesn’t end with a mere trespassing fine though. Anyone found traveling Normandy Road without permission is required to come before a United States Magistrate. They will pay a fine of between $100 and $500, and can face up to 30 days in jail for their transgressions.

There are many places one can go in New Jersey for a good scare. But there’s very few where one is forced to face off with the might of the United States military. Normandy Road is one such place––needless to say, it is a road best left less traveled.