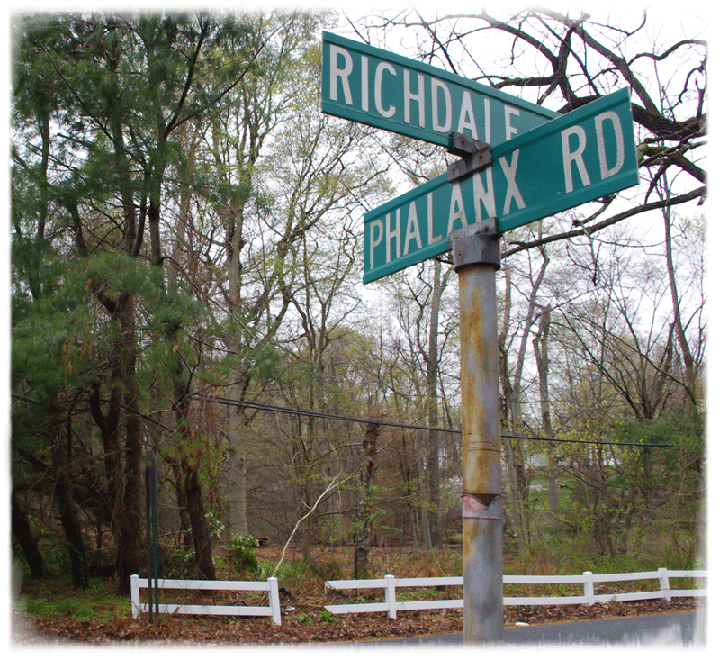 On September 14, 2006, my friend and I were coming home from PNC Arts Center. We got lost on some back roads and ended up on Phalanx Road. There was a steady rain and we were paying close attention because we were not quite sure if we were heading in the right direction.

My friend asked me if I minded if she had a cigarette and I told her it was fine. She rolled the window a little less than halfway down and was trying to light her cigarette when she dropped the lighter. As she was searching for it, she slowed the car down and then eventually stopped it. The road was dark and empty. My friend heard a tapping at her window, and she looked over to see a young girl standing next to the car, motioning with her index finger to follow her. She said nothing to us. She just had a blank expression on her face. We started screaming and locked the doors, rolled up the window, and drove away. 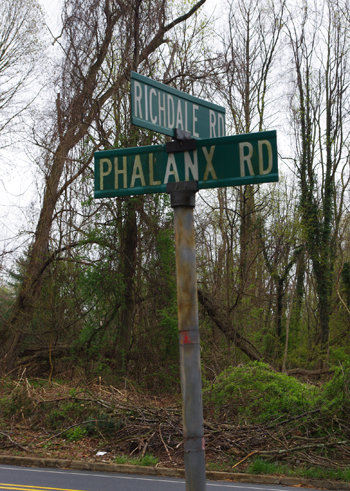 We stopped the car after a few yards. I looked through the back driver’s side window and the girl was looking right into my eyes. She was a young, pretty, and in her late teens or early twenties. She had light brown hair that was pulled back. I thought she had a bandanna on, but my friend didn’t remember seeing that. She had on a brown, short-sleeved shirt and jeans—no bag or purse—and her clothes and hair were dry, even though it was raining. She stepped back from the car, a look of confusion on her face. We pulled away again, going about 100 yards. I looked back again and she was gone.

We got up to the light on Route 34 and ran though it without stopping. Once we got near the Colts Neck Inn, we called the police and explained what happened. They sent a patrol car there, but found no one. As my friend and I thought more about it we couldn’t get past the fact that we saw no one walking on the road and no broken down cars. She just appeared at the side of the car. It is a wooded road and an area with no houses.

We keep trying to tell ourselves it was just a young girl that needed help, but how come she didn’t speak to us? She just had this blank stare and was motioning us to come with her. Her reaction to us was not normal. Most people would say something like, “Oh, I didn’t mean to scare you” or “I just need help or directions”—anything but just standing there, even after she saw she scared us half to death.

It was close to midnight, very dark, and raining. Yet, we were able to make out her features clear as day. It was like a flashlight was shining on her face. We said a lot of prayers and did a lot of crying the rest of the ride home. This was the most terrifying thing that has ever happened to me and I just can’t shake it. The logical side of me keeps telling myself that it was just a girl in need of some help or some kids playing a joke, but then that little whispering voice in me keeps saying it was something else. –Jean