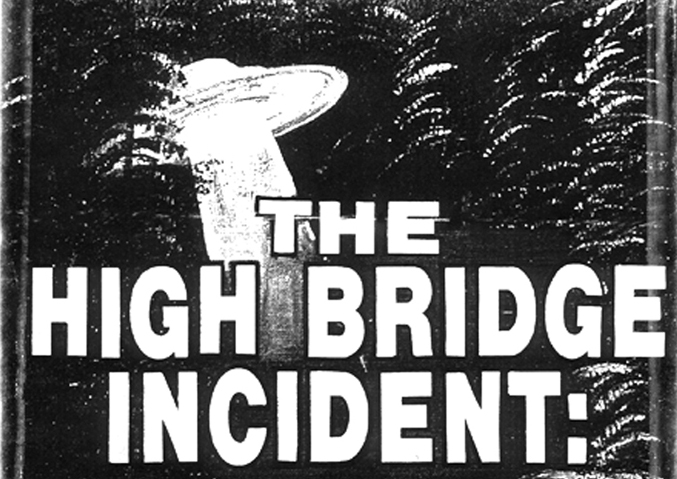 Menger, supported by a legion of other so-called “contactees” scattered throughout the country, claimed to be in regular contact with the resplendent “Venusians.” These human- 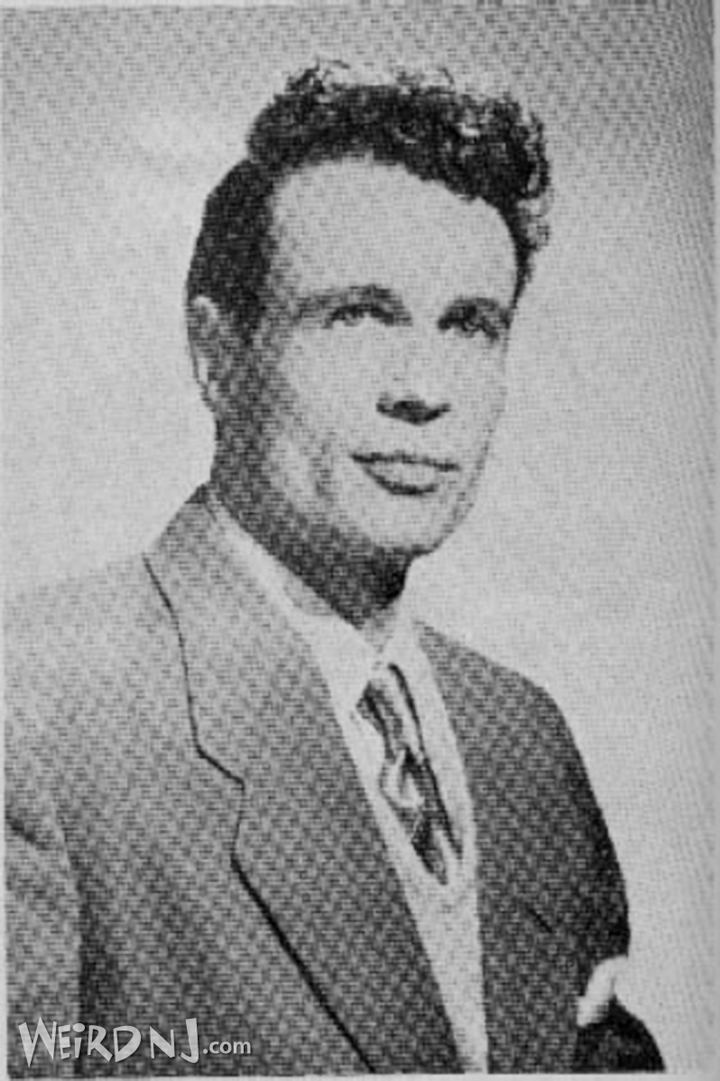 looking folk were the alien centerfolds of the universe. Blond, blue-eyed, and sweet-tempered, the Venusians were our cosmic guardian angels, Menger claimed, here to act as a moral compass in the search for our repressed, spiritual selves. The fact the Venusians were also vegetarians left no doubt that they were truly advanced beings.

In 1956, Menger took his fantastic stories to the airwaves and became a frequent guest on the immensely popular “Long John Nebel” radio program, which then broadcasted nightly from one to five-thirty a.m. on New York station WOR. Long John was a broadcast pioneer with a penetrating mind and a scathing wit who attracted millions of fans with his late-nite format highlighting the off-beat and bizarre. Without Long John, it can be said that today we would not have Art Bell.

A brilliant New York attorney named Jules St. Germaine was also a guest of Long John’s and frequently appeared on-air with Menger. Skeptical of his claims, he launched an

intense investigation, traveling to New Jersey and conducting many interviews with witnesses. St. Germaine noted there were many inconsistencies––too many. In fact, the holes in Menger’s story were large enough for an entire fleet of Venusian scout ships to have passed through them.

But you didn’t need to be a professional lawyer to know something stunk. All you really needed was a healthy pair of eyes. Menger’s Polaroid photos of what he claimed were spacecraft seemed to say it all. All were obvious, crude fakes…except, that is, to the Mengerites who flocked to High Bridge like it was Madjagore and whose faith in Menger was unshakable. The fact he was a professional sign painter seemed completely irrelevant. 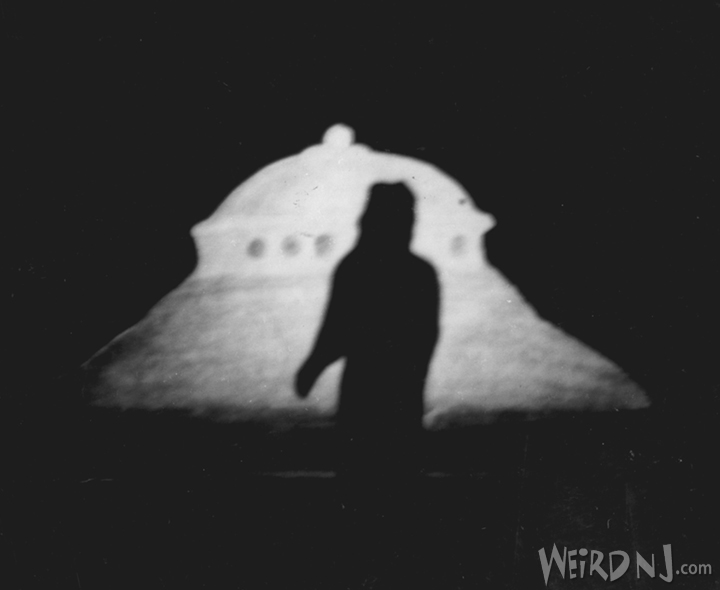 Menger flatly denied there had been any chicanery. The faithful believed him. But, as sometimes happens in this business (if you’re patient enough), truth eventually wins out. Over the years, I have had numerous conversations with Menger and his wife––and both have always maintained that the allegations of fraud are false. 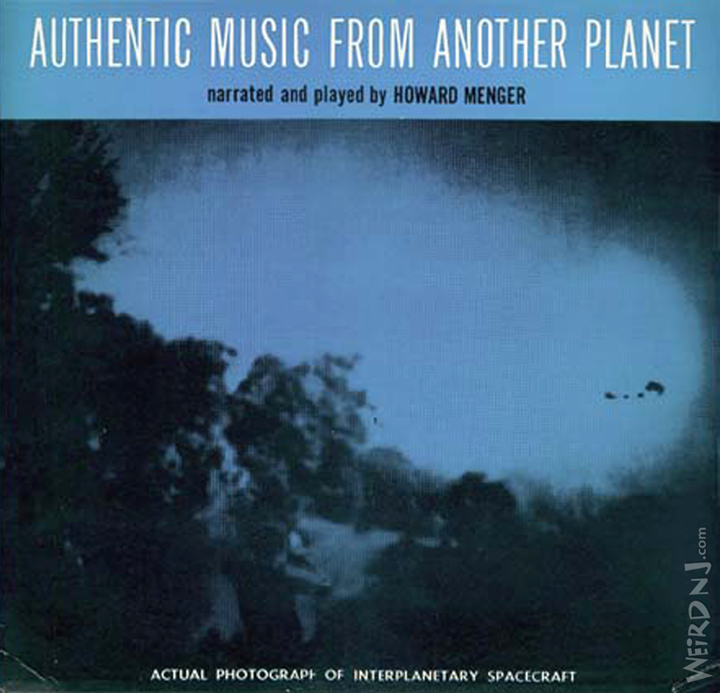 Until, that is, March of 1995. During a conversation I had with him from his then home in Florida, Menger confessed (unexpectedly, and for the first time, I believe) that he had actually made sketches of what he saw and then photographed them. He maintained he did this on account of the original photos having been stolen.

Incredibly, Menger was incensed by the idea that anyone would consider a sketch of something a hoax! He stunned me further by maintaining that he had never said the photos were real and that the people who said he had ‘got it wrong.’

Menger died (or perhaps merely left this plain of existence to be with his Venusian space brothers) on February 25, 2009, at the age of 87. –By Peter A. Jordan 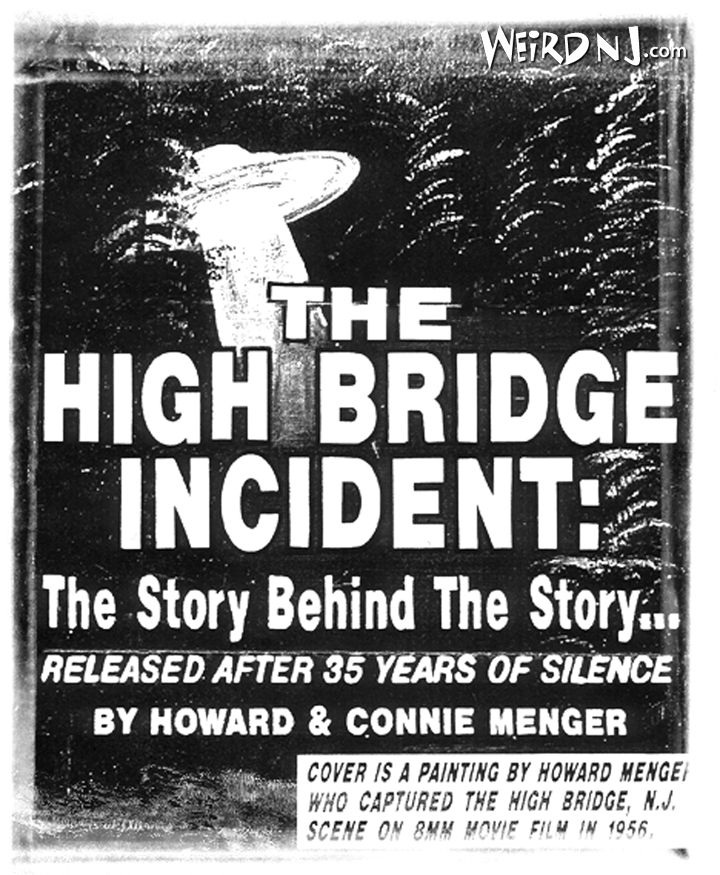 Valiant Thor: The Man Who Fell to Earth in New Jersey

On of the most interesting of the visitors allegedly from Venus to Howard Menger’s property in Highbridge was and enigmatic character who called himself Valiant Thor.

Many people say they have seen UFOs. Some even claim that they’ve been abducted and brought aboard them. But it’s few and far between that you run into someone who say that they’ve come to this planet in one.

The legend of Valiant Thor started as a word of mouth phenomenon in the 1950’s. It was the height of the Cold War, the beginning of a new age of space exploration, and an unprecedented time of UFO hysteria in America. Sci-Fi B-movies of alien invasions and little green men from Mars permeated the public consciousness. Rumors began to spread of a mysterious man who claimed to be from Venus who was walking amongst us. Some said he could walk through walls, others claimed he had no fingerprints. Speculation on the location of his ship (which, according to rumor, he lived on) ran rampant. It was the beginning of a mystery which after more than a half century, still persists to this day.

In the 1950’s, the public’s fascination with alien visitations and UFOs was a relatively new phenomenon. One of the people integral to its widespread appeal was Howard Menger of High Bridge, New Jersey. He claimed to be regularly visited by Venusians (citizens of Venus) on his rural Hunterdon County farm. He went on radio and television talk shows speaking of these encounters, and hosted conventions on his property welcoming both the fellow alien contactees and the curious public. These conventions were eventually visited by a handsome, charismatic mystery man claiming to be a Venusian himself. He wowed the crowds by being able to speak any language or dialect any member of the crowd could throw at him. He claimed not to be just any Venusian, but the commander of all the Venusians on Earth. The man’s name was Valiant Thor.

According to Thor, he came from a race of beings who lived within Venus, not on its surface. This race was superior to us in most ways––they were smarter, better looking, and less violent. They were sent here to protect us from ourselves, and their number one mission was to make sure nuclear war never occurred.

When Val (as his friends called him) arrived on this planet, he immediately went to visit President Eisenhower to offer his assistance in solving all of the the Earth’s problems. He was refused by Eisenhower and Vice President Richard Nixon, but claims he did briefly meet with the Secretary of Defense. After that he was held by a government agency within the Pentagon, where he was questioned and studied. 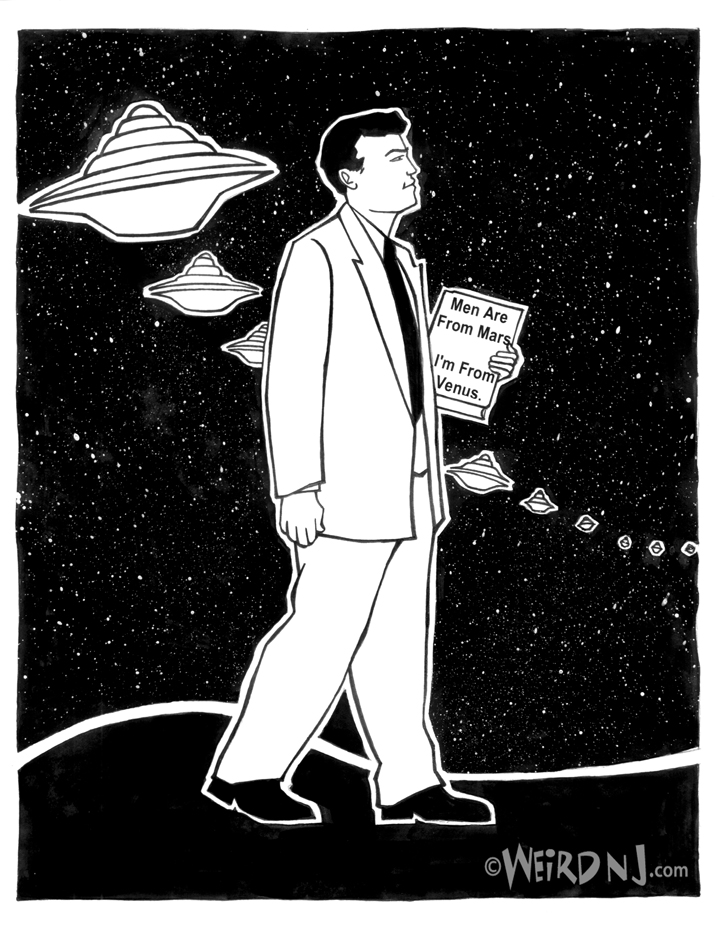 The story and message of Valiant Thor has been disseminated by many, but most notably by one Dr. Frank Stranges. Stranges claims that agents of Mr. Thor escorted him into the Pentagon in 1959 to visit with Val. Since then he has been periodically visited by Thor. He reports seeing Thor’s brother, Donn Thor, walk through solid matter. He also claims that Val, during their first meeting, showed him a strange spacesuit made of an unidentifiable fabric which could not be destroyed and which sealed itself without buttons or zippers but merely a wave of Val’s hand over it. Stranges says Thor told him that the government had been doing tests on him and had determined that his IQ was over 200. Stranges has gone on radio and TV talk shows, given lectures and sold video tapes for years, attempting to perpetuate the legend of Valiant Thor. Also a religious preacher, Stranges believes Val and his shipmates are a race of people created by God before Adam, who never suffered the fall from God’s grace that humankind did.

These days it is said that Valiant Thor’s ship, Victory One, remains hidden near Lake Mead, just outside of Las Vegas, Nevada. The ship is not only home to Val, but also his brother Donn, crew mates Thonn and Teel, and a medical officer known simply as “Doc.” Though he periodically returns to Venus, Thor always winds up back here on Earth somehow. (According to Stranges, he was gone for the entire year of 1960, but in 1961 reappeared in the backseat of Stranges’ own car.) He spreads his quasi-New Age messages worldwide, through Dr. Stranges, in an effort to better the human race and prevent us from destroying the planet. 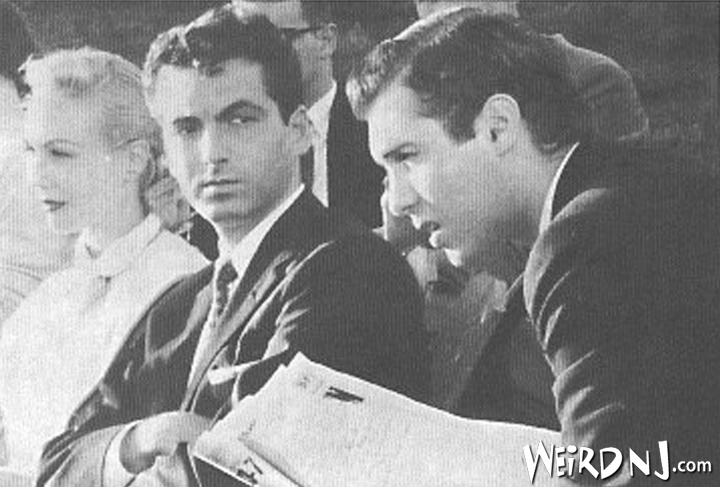 Stranges says that he still meets with Val Thor to this day. According to him, Thor has chosen not to reveal himself to the masses yet because he is working on a very specific timeline which has not yet reached the point of public appearances.

Is Val Thor really a Venusian superhuman being responsible for maintaining peace on Earth? Is he just a strange and misguided guy looking for attention? If he is, where did he really come from, and who is the man who revealed himself to us a Valiant Thor so many years ago on Howard Menger’s farm? Is Valiant Thor even real, or is he just a figment of Frank Stranges’ imagination? It seems no one is really sure.

Only one thing is certain––the journey that Val Thor began over fifty years ago in High Bridge, NJ, where he first came to the attention of the public, seems to still be an ongoing mission. In the words of Valiant Thor himself, “I leave you tonight and say alahoy.”

An audio story told by Mark Moran with sound collage by Clay Pigeon. One of a series of Waking Weird episodes which can be heard broadcast live every Monday at 8:39 am (EST) at WFMU FM and WFMU.org. Hear the program archives at www.wfmu.org/playlists/WA. Here more audio stories HERE.