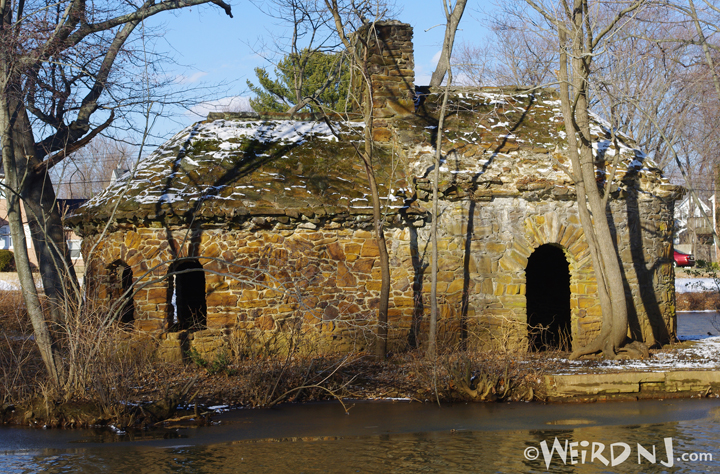 Long Branch, NJ is full of historical treasures if you know where to look. Take, for instance, the small island house in Ross Lake, the western part of Takanassee Lake. This house sits across from Monmouth University off Norwood Avenue in the Elberon section of the town. It’s just the skeleton of a two-room stone house with a fireplace. The land around this part of the lake used to be Woolley Farm and is split down the middle by the Whale Pond Brook. Owen Woolley sold 30 acres of farmland to a Dr. Dennis for $54,000 in 1886, according to The New York Times. Dr. Dennis then sold the property to P. Sanford Ross of Newark, New Jersey 10 years later in 1896. 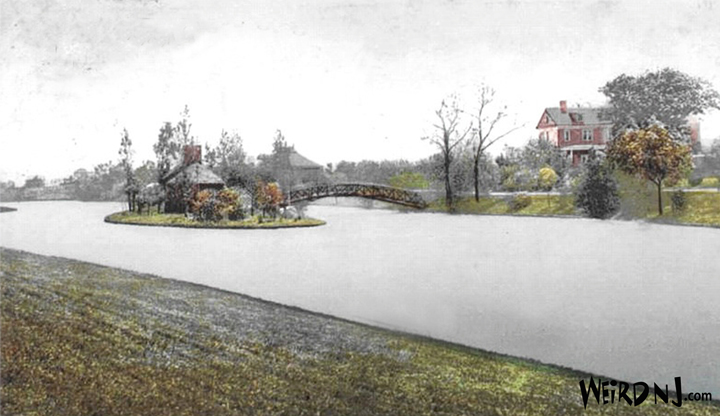 A vintage postcard of the stone house on Ross Lake Island showing a footbridge (now gone) leading to the stately home of P. Sanford Ross.

Long Branch in the Golden Age

The late 1800s was a boom time for Long Branch, called the “Golden Age.” There was so much money and so many money makers summering in Long Branch that a branch of the New York Stock Exchange was established at the Rothenberg Hotel, said Sharon Hazard, author of Long Branch in the Golden Age: Tales of Fascinating and Famous People. Long Branch is also starting to see the start of another Golden Age now, where wealthy vacationers, mostly from Manhattan, come to the shore to enjoy the summer.

Ross was a wealthy contractor who inherited the business from his uncle, Peter Sanford. He was married to Kate Ostrom Van Court, had five children. They were considered “high society” and their whereabouts, charities, life events, and scandals were all chronicled by The New York Times. Ross and wife came to vacation in Long Branch in the summer. He was a popular guy, as President of Elberon Beach Club in 1900, and then a founding member of the Brook Lawn Country Club in 1908.

As a contractor by trade, and a long-standing member of the Essex County Park Commission, Ross was extremely knowledgeable about construction and making parks. In fact, in April 1897, The Times announced Ross was “making a large lake near his cottage on Norwood Ave.” He achieved this by damming Whale Pond Brook. That same year he built the small house on the island in the new lake. During his ownership, Ross also added a few cottages to the property. Old post cards show a footbridge connected the island with the main land on the south side of Ross Lake. A large mansion can also be seen, which no longer exists and has been replaced by 1950s suburbia.

Many longtime residents and historians believe the Ross property was also called the Red Oaks Estate. Grand entrance pillars can still be seen on Highland, Van Court, and Norwood Avenues. Old steps can also be seen on Norwood Avenue. The island is very close to Red Oaks Drive in the same neighborhood.

Ross and his wife died in 1926 and the property was sold to Isaac Berger, according to The Times and researchers with the Long Branch Free Public Library. The little house is now under the ownership of Long Branch, since Takanasee Lake is considered city property. It is given the address of 20 Elinore Avenue. Wintertime is the best time to glimpse the island and its ruins when it is not obscured by greenery. Go ahead and take a gander! 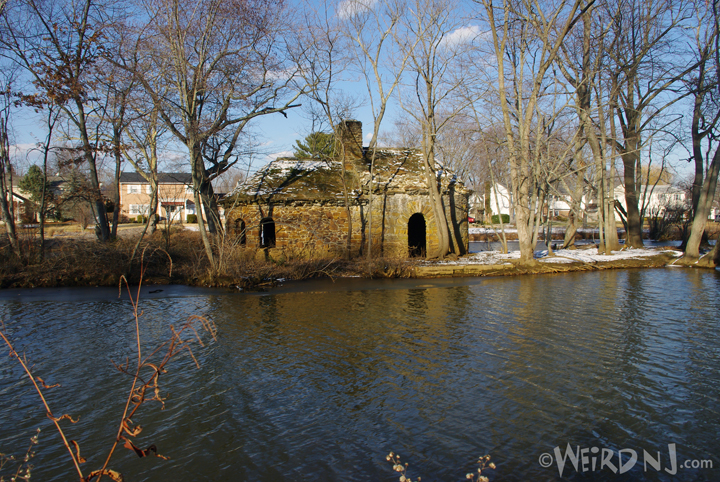