The White Pilgrim and the Dark of the Moon 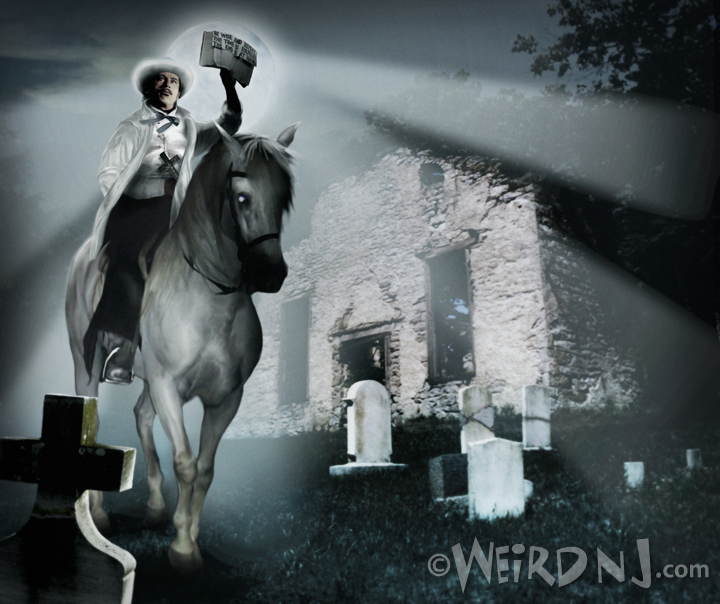 For nearly two centuries now, New Jersey residents who live along the border of Sussex and Warren counties have heard and told stories of one of the state’s most famous odd balls, and one of its most apparent apparitions––the White Pilgrim.

Born Joseph Thomas in 1791, the White Pilgrim was an Ohio native who set out as a traveling preacher at a young age. Having visited hundreds of cities east of the Mississippi, Thomas attained a certain amount of national notoriety. While his legend has faded in most places, it will live on forever in New Jersey, since he not only preached here, but died here in 1835––and some say, has haunted here ever since.

Even in today’s liberal minded, nose ring and tattoo tolerating society, a person dressed in all white, right down to white boots, straddling a white horse, would turn heads. One can only imagine the reaction Thomas got trotting through the quiet farm communities of Northwest New Jersey in the early 1800’s. The reason he wore his outlandish garb is disputed. Some say Thomas thought white warded off evil spirits and diseases. Others say that he was a lackluster preacher and a fiend for attention, and that the outfit was his way of making sure he garnered the attention he craved. Another way he gained his reputation was by doing drastic things in the name of religion, for example renaming the town of Hainesburg “Sodom” due to its apparent lawlessness. 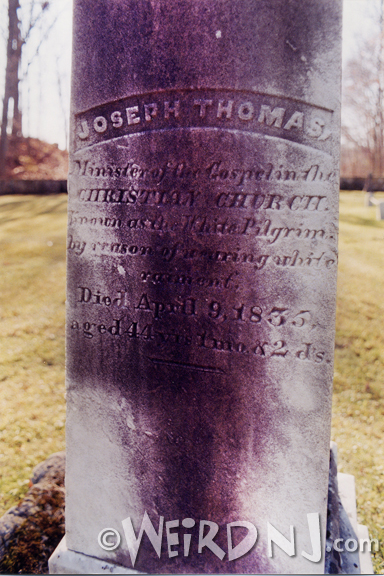 Part of why the White Pilgrim’s legend grew so quickly was because he died shortly after his first New Jersey sermon was delivered. A wave of smallpox was sweeping through the area, and the White Pilgrim succumbed to it in Johnsonburg. When he died, church officials (never too fond of Thomas’s over zealous piety in the first place) decided that his contaminated corpse should not be interred alongside the upstanding, Christian, non-contaminated deceased citizens of the area. He was buried not in the town’s official Christian Cemetery, but in the far less respectable Dark of the Moon Cemetery, located on Johnsonburg Road, near the Dark of the Moon Tavern. 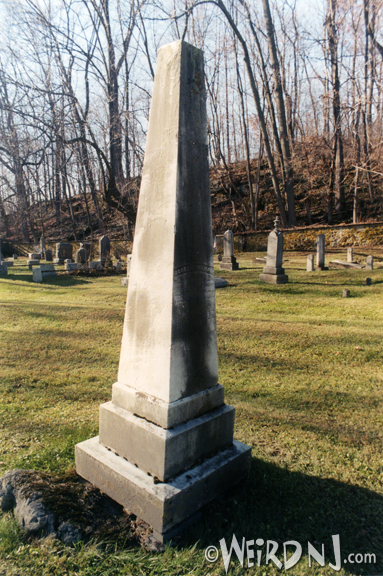 According to local legend, this is the reason the White Pilgrim still haunts the area. Enraged that after a life of religious devotion he was denied his proper Christian burial, the White Pilgrim’s ghost would often be seen on his white horse, with his white saddle and all, frightening and tormenting local residents. Eleven years after his death, in 1846, a conference of town elders decided to reinter his remains in the Christian Cemetery, and the townsfolk came together and contributed $125 for the monument which stands there today. Interestingly, his memorial sits in the center of the graveyard, yet it is yards away from any other plot. Regardless of this apparent quarantine, locals say that since his reinterment, the White Pilgrim’s ghost has been seen far less frequently. 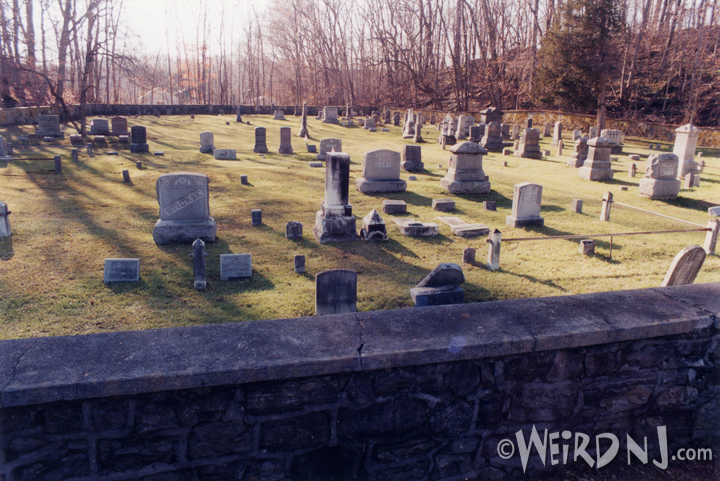