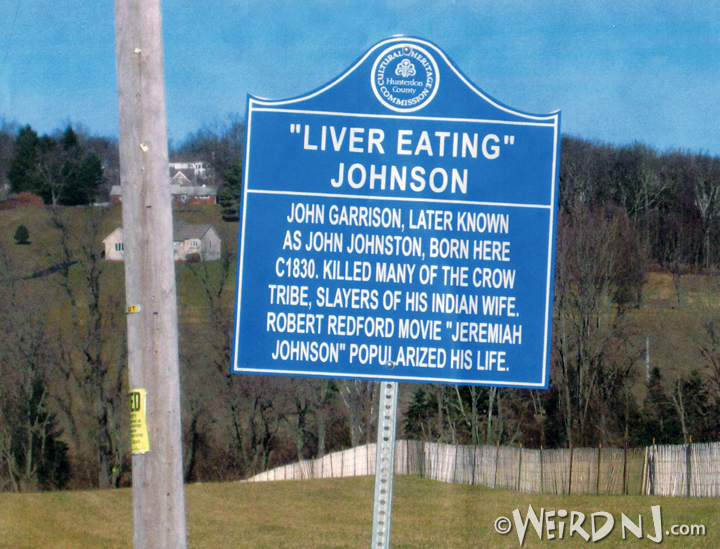 The 1972 film “Jeremiah Johnson”, directed by Sydney Pollack and starring Robert Redford as the title character, is about a man who seeks solace in the American West, and to live the life of a mountain man in the 1850s. What many people do not know though, is that the story was loosely based on the life of a New Jersey man named John Garrison, who was born in 1824 in the area of Hunterdon County between Pattenburg and Little York, near the border of what is today Alexandria and Union Townships. 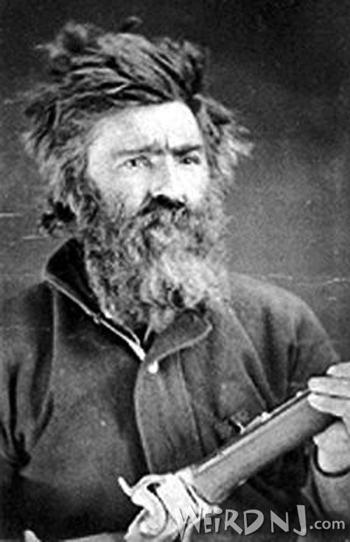 Garrison was said to be a loner, with a disdain for most people around him. In his time, he was a sailor, a scout, a soldier, a gold prospector, a hunter and trapper, a whiskey-peddler, a guide, a deputy, and a constable. But most notably, John Garrison would become known as the Indian killer and cannibal , “Liver

Eater Johnson.” At the age of 16 Garrison served in the navy during the Mexican–American War, having enlisted under a false age. He soon deserted after attacking his commanding officer. Some believe he changed his name to Johnson to avoid a court-martial. He traveled west to try his hand at the gold digging in Alder Gulch, Montana Territory. He was described as a large man, standing about six feet two inches and weighing somewhere in the area of 260 pounds. He wore buckskins and armed himself with Bowie knives, guns and tomahawks. He made a living any way he could, working as a fur trader, hunter and trapper, and selling cord wood to the steamships that plied the rivers.

Johnson lived off the land, fought grizzly bears, and made his own moonshine. But his real passion seemed to be for killing Indians, and according to legend, eating their livers. One rumor holds that Johnson’s wife, a member of the Flathead tribe, was killed by braves of the Crow tribe in 1847. This is

what is believed to have made Johnson go on a years long vendetta against Native Americans. The legend says that he would cut out and eat the liver of every Indian he killed, which earned him his moniker “The Liver Eater.” Other legends say that he got the name from a battle with the Sioux Indians in 1868, where he stabbed a warrior in the side. When he withdrew his knife, a piece of liver remained on the blade. It was said he turned and joked to his friends, held up the knife and asked them if they “wanted a chaw.”

Johnson claimed to have killed over 300 braves during his life in the wilderness.

Eventually though, he made peace with the Crow, who became “his brothers”, and his personal vendetta against them finally ended after 25 years and scores of slain Crow warriors.

Johnson died on January 21, 1900 after living the last days of his life in a Veterans’ home in Santa Monica, California. His body was originally buried in Los Angeles, California, but after the film of his life story became popular, a six-month campaign led by twenty five seventh grade students and their teacher 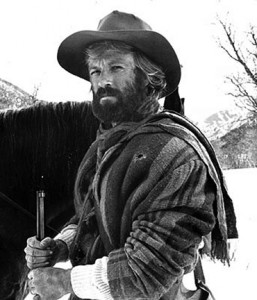 led to Johnson’s remains being relocated to Cody, Wyoming in 1974. The Liver Eater’s body was laid to rest at the Old Trail Town outside of Cody,

which now houses a museum of the Old West and a real frontier town. A memorial was erected at his gravesite. The reburial of The Liver Eater was attended by more than 2,000 people, including Robert Redford and was one of the largest burial services in the history of Wyoming.

We can only imagine that the movie “Jeremiah Johnson” was a watered-down version of The Liver Eater’s real life exploits. The Hunterdon County Cultural and Heritage Commission erected a sign in 2010 in Pattenburg on Route 579 North, close to where one of New Jersey’s more colorful local heroes (or maybe villian) was born. 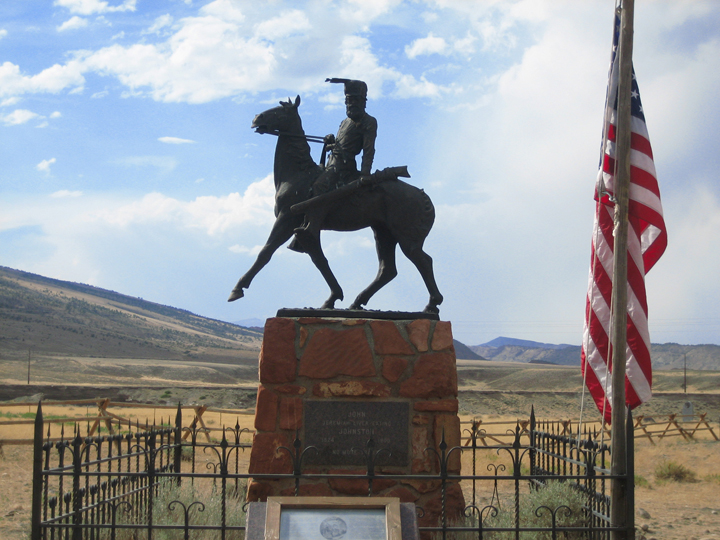 Bronze statue of Liver-Eating Johnson erected over his grave at Old Trail Town in Cody, Wyoming. (Photo by Billy Hathorn)