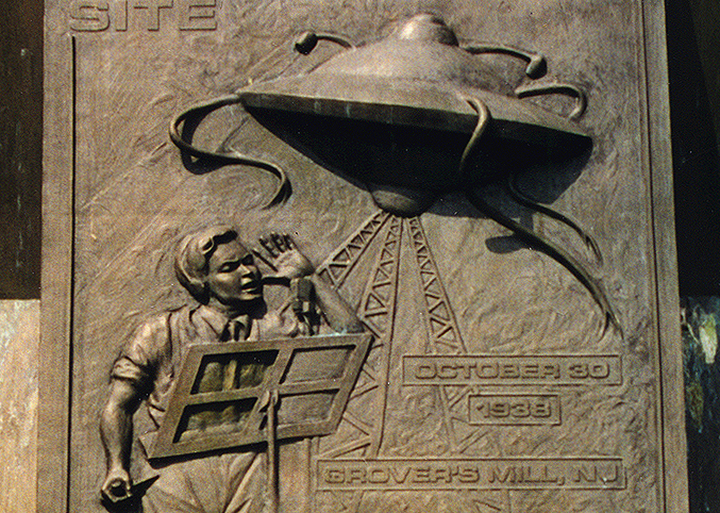 ‘Twas the night before Halloween, mischief night, in 1938 that a young Orson Welles’ now infamous radio broadcast of War of the Worlds caused widespread panic. An adaptation of H. G. Wells’s 1898 novel, the program was presented live as an episode The Mercury Theatre over the CBS radio network. The format was a simulated live newscast of developing events. The illusion of realism was furthered because the show was presented without commercial interruptions. 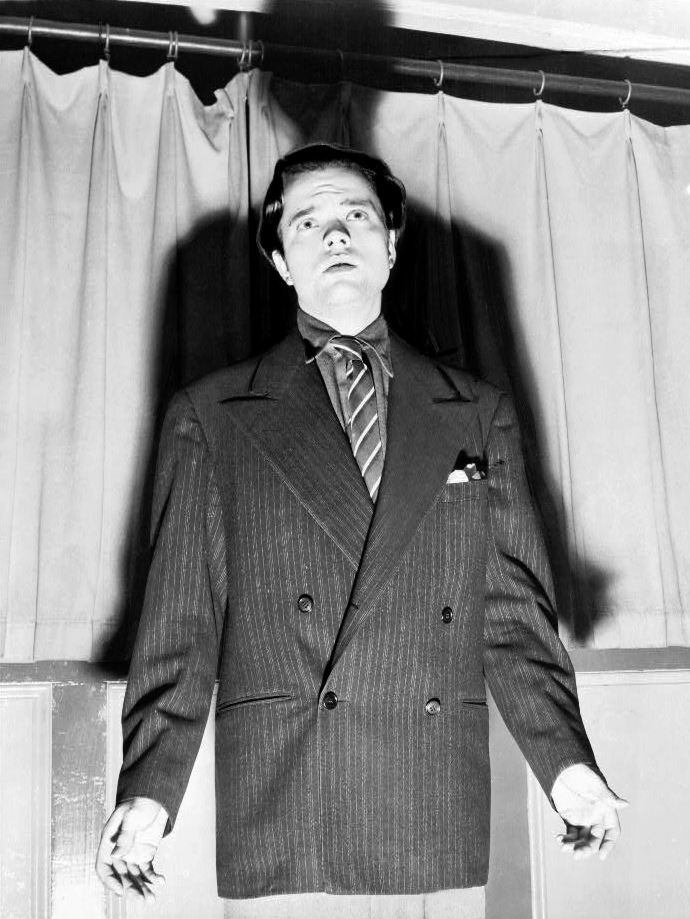 Six million people heard his reports of aliens taking over the nation and went into a mass hysteria. Perhaps none were as terrified as residents of Grover’s Mill, NJ, a tiny rural town that Welles had chosen to be the landing place for his Martian invasion.

The one-hour program began with an announcement that the evening’s show was an adaptation of The War of the Worlds. Many listeners who tuned in late however missed the announcement broadcast was fictional.

For the first twenty minutes, the broadcast was presented as a typical evening of radio programming being interrupted by a series of news bulletins. The first few that cut into a program of dance music describe a series of odd explosions observed on Mars. This is followed by a seemingly unrelated report of an unusual object falling on a farm in Grover’s Mill, New Jersey. Another brief musical interlude is interrupted by a live report from

Grovers Mill, where police officials and a crowd of curious onlookers have surrounded the strange cylindrical object which has fallen from the sky.

The situation quickly escalates when the horrific tentacled Martians emerge from the cylinder and incinerate Police officers by firing a heat ray, which ignites the nearby woods and cars as the crowd screams.

The New Jersey state militia declares martial law as the Martian tripods destroy power stations, bridges and railroads, Evacuation reports come in as thousands of refugees clog the highways. A field artillery battery is deployed to the Watchung Mountains spreading black smoke across the Jersey Marshes and into Newark. Eventually, the great machines wade across the Hudson river  and release clouds of poisonous smoke across the city. 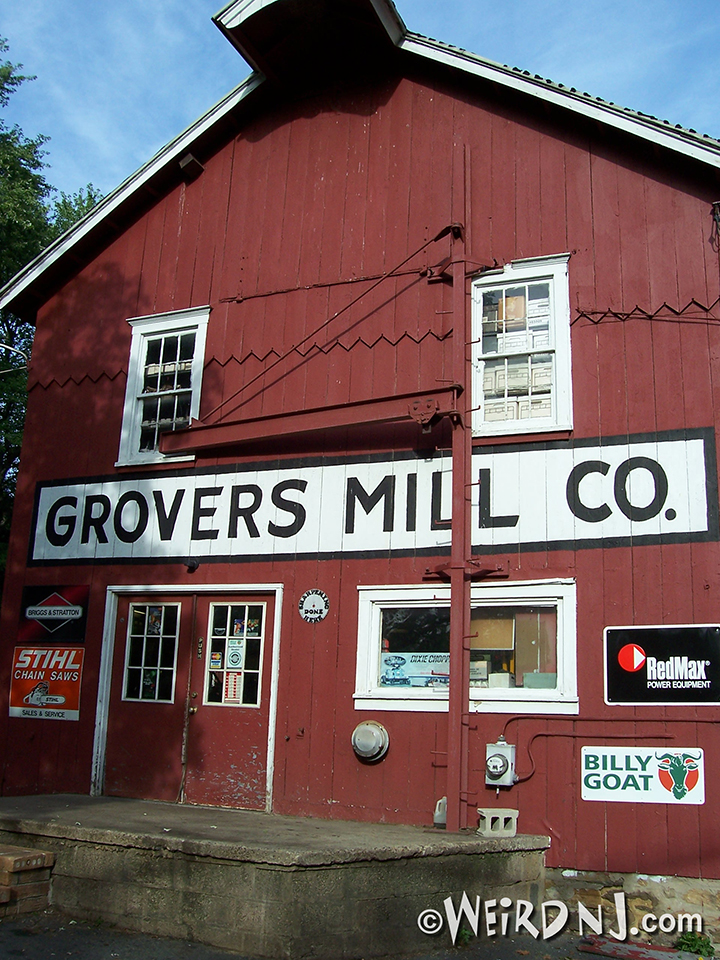 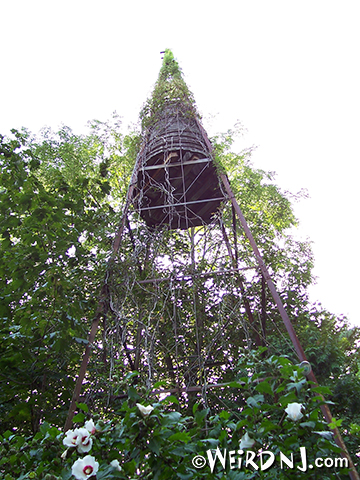 Back in the very real town of Grovers Mill, local citizens who heard the broadcast either barricaded themselves in their homes or formed shotgun wielding posses to fend off the alien invaders. One of these jumpy mobs fired on local man’s water tower, thinking it was a giant robot Martian.

In the end the Martian cylinders begin falling all over the country, victims to earthly germs, to which they had no immunity. After the conclusion of the play, Welles reassumed his role as host and told listeners that the broadcast was a Halloween concoction: the equivalent, he says, “of dressing up in a sheet, jumping out of a bush and saying, ‘Boo!’

Listeners who mistook the show for a genuine news broadcast rushed to share the false reports with others or swamped the CBS and police phone switchboards, asking if the

broadcast was real. In the days following the broadcast widespread outrage was expressed in Newspapers, who seized the opportunity to discredit radio, their rival advertising revenue during the Depression, as a source of news. They sensationalized the panic to prove to advertisers that radio management was irresponsible and not to be trusted. Nevertheless, the episode secured Welles’s fame as a dramatist.

For many years residents of Grovers Mill felt a little embarrassed by their hysteria that Halloween eve back in ‘38, but more recently they’ve come to embrace it. In 1988 The Township of West Windsor, where Grovers Mill is located, commemorated the 50th anniversary of the broadcast with four days of festivities including the dedication of a bronze monument to the fictional Martian landings in Van Nest Park. It’s a kind of war memorial to the interplanetary war that never was. 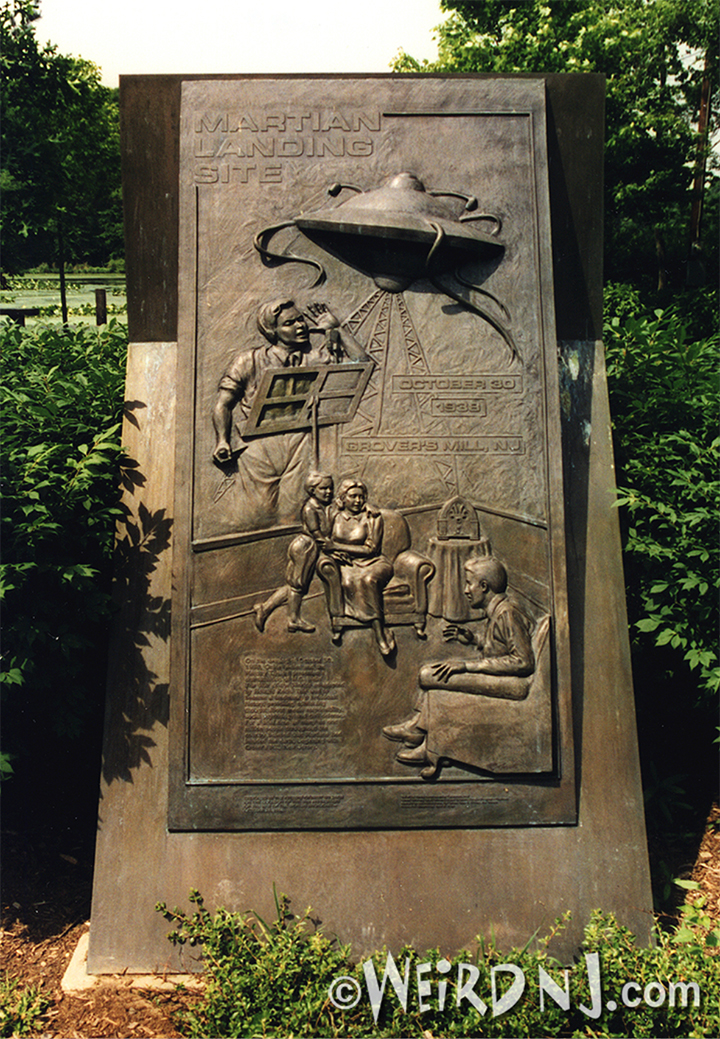 The preceding article is an excerpt from Weird NJ magazine, “Your Travel Guide to New Jersey’s Local Legends and Best Kept Secrets,” which is available on newsstands throughout the state and on the web at www.WeirdNJ.com.  All contents ©Weird NJ and may not be reproduced by any means without permission. Photos by Mark Moran.