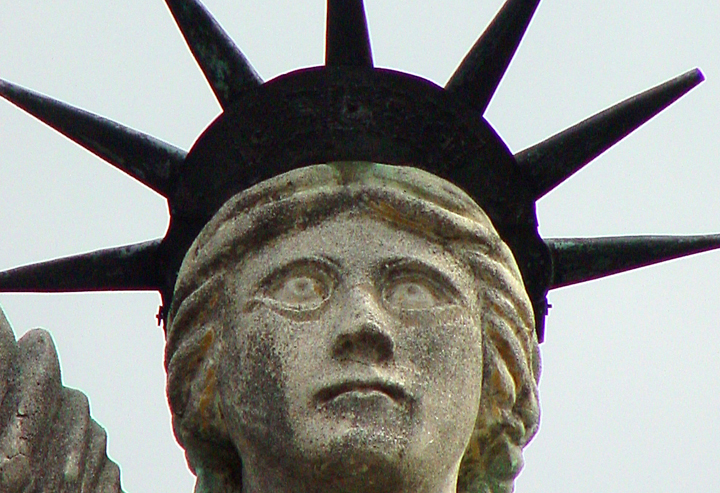 Most people don’t know that New Jersey is privy to two Statues of Liberty. One stands proudly in New York Harbor, but the other, lesser-known statue has been looking out over Vineland since the 1930s.

The creator of the southern statue, George Arbuckel, was a plumber by trade, and under-employed during the Great Depression, which left him with a lot of time on his hands for indulge his peculiar whims. He was also known as something of an eccentric. It was said he dabbled in spiritualism and astrology, held seances on his property, and constructed astrological charts for his children to ponder. He would often debate psychology with scholars from the nearby Vineland Training School. 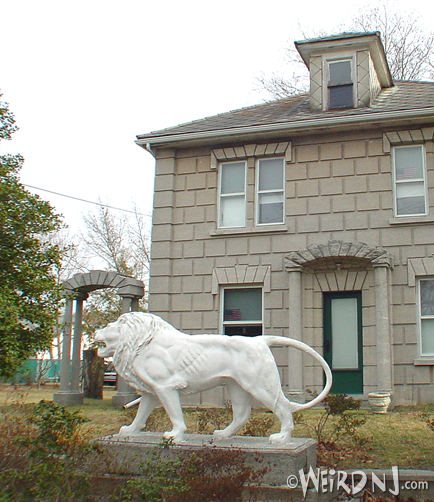 Arbuckel bought the property in 1919, and rebuilt the 1883 frame house into a remarkable odd landmark. He covered the house with concrete blocks, initialing and dating each section when completed. Not as folksy or famous as his Vineland neighbor George Daynor, who assembled the Palace Depression out of junk, Arbuckel’s grounds featured beautiful lion statuary, winding trails, sculpted archways and a lighted fountain of youth. All these elements, along with the unique 30-foot Statue of Liberty, have now made the Arbuckel House one of the most unusual architectural folk art sites in southern NJ.

Like Daynor, Arbuckel was an ambitious self-promoter. When he built a new statue, he would have an unveiling at his property, which he called “Gempokus Farms.” Throughout the property, Arbuckel set out to personalize his five-acre parcel with concrete. Messages were inscribed into the cement walkways behind the house that read “Indian Park,” and “Chief Rolling Water Black Feet Trail 1490.” But the origins of the quotes, or why they were written, is unknown. 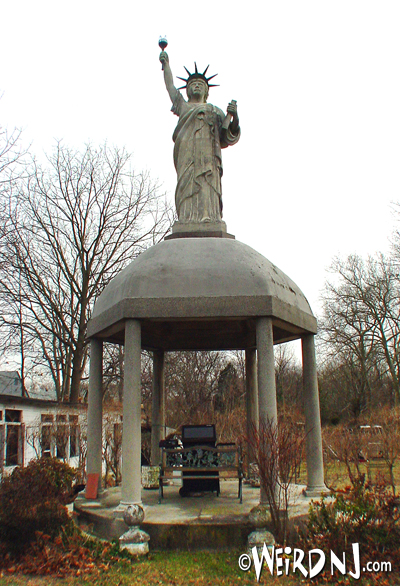 Arbuckel never considered himself an artist, and his training as a plumber and a heating engineer helps explain the elaborate water systems he installed in his fountains and stream-fed pools on the property. He also built a greenhouse where he grew prize-winning amaryllis plants. The house, property, and all the unique statuary was sold after George Arbuckel’s death in 1948.

Raymond Sotnychuk, whose family has owned the property since 1950, has done extensive historical research on the land and has sucessfully had it placed on the Cumberland County Historical register. With time and the elements, most the water pipes and electrical systems that once ran throughout the property have stopped functioning. Currently Sotnychuk is thinking of ways to generate revenue to help maintain the property. He’s contacted schools who he hopes would give students thesis credits for landscaping parts of the grounds.

“In the spring the place is beautiful. For years we’ve been planting on the property. Since Vineland is historically known as an agricultural center, I’d like to see it continue on here.”

Raymond told Weird NJ that George Arbuckel had other little quirks that have been remembered by the community. He had a bus that he painted to promote his plumbing business. When the bus was no longer useful and he couldn’t find a buyer, he supposedly buried it in his yard. It has yet to be uncovered.

“Some day that bus will present an interesting prize if anyone should find it,” he joked. 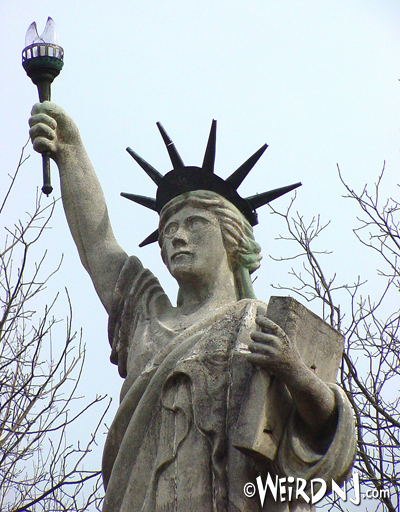 When we visited the Arbuckel estate we were shown around the place by Mr. Sotnychuk, who grew up in the house. As we wandered the grounds he showed us points of interest and related facts about Arbuckel that he had gleaned from historical records or had managed to pick up from neighbors who remembered him. He told us that Arbuckel really was a one of a kind man–literally. Sotnychuk said that in the back of the property there was a pile of old molds that he had used cast his concrete creations. Arbuckel had apparently broken each one after he was done so that no more pieces could ever be made like it. We were amazed that the pristine condition of most of the statuary we saw, some of which looked as though it could have been cast eitht years ago, rather than eighty.

The Sotnychuk family remains loyal to the vision of George Arbuckel by not making any changes to the original building or property other than restoring what is already there. They are considering having an agricultural museum set up on the grounds consisting of Arbuckel’s antique farm equipment. The Cumberland County Planning Board has agreed that the structures are historical gems, and should be preserved.

Without a doubt the most impressive work of Arbuckel’s is his 30-foot-tall version of the Statue of Liberty, which in its day was illuminated at night by a spotlight mounted on the house. Noticing the black metal gas grill inside the gazebo-like interior of the statue, we asked Mr. Sotnychuk what, if anything, the family does with the unique lawn ornament. “Well,” he said, “it makes the perfect place for Fourth of July barbecues!” Although Lady Liberty’s torch is no longer electrified, this odd bit of South Jersey eccentricity still shines brightly, like a beacon to proud property owners everywhere. 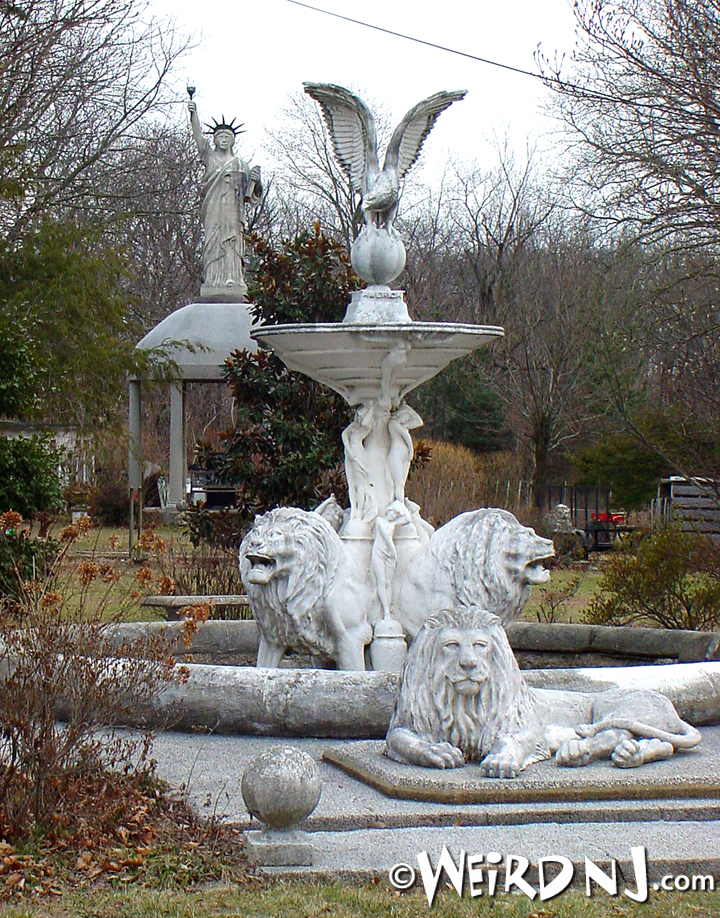